He Could Have Had More Than Garden of Roses

For of all sad words of tongue or pen, The saddest are these: “It might have been!” — JOHN GREENLEAF WHITTIER

I was reminded anew of the poet’s lament the other day. I was interviewing this fellow for whom it all went a-glimmering years ago.

You remember that scene in ‘On the Waterfront,’ where Marlon Brando takes his

brother’s hand reproachfully off his arm, looks at him with these big sad eyes and says “I coulda been a contendah! I coulda been somebody!”

Well, that’s kind of what it was like. Sad. Heart-rending.

Years ago, this fellow — I will call him George, although I think his nickname was Slick back in those days — was the silkiest-fielding first baseman you ever saw. He could go to his right, he could go to his left. You couldn’t throw the ball over him or under him. He 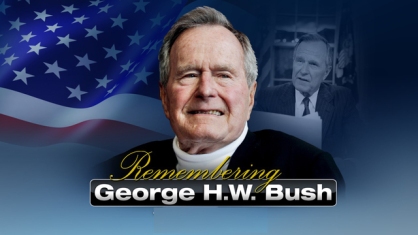 had a gun for an arm. He wore the latest thing in equipment, a George McQuinn-model mitt called the Claw.

He played for Yale but the scouts came around by the score. They hadn’t seen anything this slick around the bag since Hal Chase, Joe Judge, Joe Kuhel. His own idol was Lou Gehrig.

He had missed a couple of years as a fighter pilot in the Second World War but that only meant he was more mature, steadier, more reliable, not given to anxiety. He could have been great.

Around first base, he was a combination of Frank Merriwell and Dink Stover. Flawless, graceful, sure-handed. He was left-handed, which is what a first baseman should be.

At the bat, for some unaccountable reason, he hit right. Maybe it was ideological.

Whatever it was, he couldn’t hit the curveball.

Well, look. That can be learned, right? Not everybody rolls out of bed with the ability to hit .350. Not everybody is Ty Cobb. George batted .264 his senior year and helped Yale get to the College World Series, no less.

Everyone figured a few seasons at Binghamton and Newark and it would be Yankee-Stadium-here-we-come! I mean, the good life. Old Dependable. The new Iron Horse.

Well, we all know how those things work out. Wife, child. You need a job. You put the dreams on hold.

There was no time to iron out the kinks in the swing, spend the hours in the batting cage, go for the brass ring. It was the salt mines for him. He never got to wear the Yankee pinstripes; he wore the three-piece kind. With the old school tie.

It was speeches on the hustings, handshakes from the backs of trains, smoke-filled rooms, a stint in the oil business. He had to put away the old uni, hang up the George McQuinn glove, put the old lineup cards in a trunk. Just another guy who never made it to the bigs.

Oh, he’s not starving, or hanging around bars, telling guys how he went 4-for-5 off Hubbell or took Allie Reynolds downtown.

But, he makes — what? $200,000 a year? Something like that. You think Don Mattingly would play for that? Will Clark makes that in a month.

In case the guys he used to rob of hits down the line or help make the 3-6-3 double play have lost track of him, he has done all right. I mean, it’s not like being the All-Star first baseman or having a locker in Yankee Stadium or your own bubble-gum card, but George found work all right.

He’s the President of the United States.

Now, that’s an OK job for a guy who was the president of the debating club, or the campus wheeler-dealer. But, George Herbert Walker Bush could have been somebody. He could have been in a lineup with Mickey Mantle, Roger Maris, Whitey Ford, Yogi Berra, Billy Martin.

Casey Stengel could have been yelling at him: “Hey, Bush! Is that a name or a description? Don’t the Yales throw curveballs?”

Life could have been a blast.

You know, when the President of the United States calls, you drop everything and go. I mean, you never know. He may need you. It’s well known that I know exactly what to do about Noriega, the Middle East, the balance of trade. I could handle the Soviets in my sleep.

I know he’d want to keep my visit a secret. So I slept at the J.W. Marriott instead of the Lincoln bedroom. No use letting Sam Donaldson get wind of it.

I like it that people don’t know that I’m an expert on international relations.

They even did a good job of pretending not to know who I was at the White House’s northwest gate, as usual. It was roped off when I got there. The president of Egypt was just leaving.

There were about 10 of us sportswriter-sportscaster types on hand. I was pretty sure I was the only one who knew what to do about Angola, though.

With Presidents, you try the oblique approach, though. I cleared my throat. “Mr. President, what did you bat at Yale?” I didn’t want to rush things. Plenty of time to get into Lebanon.

Well, when I tell you the next 40 minutes were spent in discussing baseball, you have to know our President is a master of camouflage — don’t forget, he used to be head of the CIA — or, and here is the conclusion I came to, he still thinks wistfully of what might have been. He’d rather be running the World Series than the world.

There have been lots of football players in the White House — Dwight Eisenhower, Ronald Reagan, Gerald Ford. Even a tennis player, Woodrow Wilson, a rail-splitting champion, Abe Lincoln, and a horseback rider-boxer, Teddy Roosevelt. But, there has never been a baseball player.

It suddenly occurred to me, the President enjoyed the sensation of being asked by a lot of guys with notebooks things like, “What kind of a pitch did you hit?” “Why didn’t you swing at that fastball?”

He was just like a guy sitting in front of his locker with a beer meeting the sporting press after a game in which he’d just gone 4-for-4 — or popped up ball four to lose the game.

So if you’re stuck in a 9-to-5 job you hate, if you have to run the family business when you would rather run the Dodgers, take heart. George Bush, who was one of the best there ever was at digging out low throws and taking the cutoff to throw the guy out at the plate, spends all day talking to people who never even heard of Lou Gehrig.

Nicaragua never came up. When someone wanted to know if the government should step into baseball expansion, the President gave the idea short shrift. There are a lot of things wrong with the country, but the Chicago Cubs ain’t one of them, seemed to be his notion.

What is the Jim Murray Memorial Foundation?

The Jim Murray Memorial Foundation is a 501(c)(3) nonprofit organization, established in 1999 to perpetuate the Jim Murray legacy, and his love for and dedication to his extraordinary career in journalism. Since 1999, JMMF has granted 104 $5,000 scholarships to outstanding journalism students. Success of the Jim Murray Memorial Foundation’s efforts depends heavily on the contributions from generous individuals, organizations, corporations, and volunteers who align themselves with the mission and values of the JMMF.