Ahh, yes, the start of the NHL regular season. That means that some viewing choices become a whole lot easier because so many of those TSN and Sportsnet channels are blacked out for many evenings. This all seems to be part of the NHL’s master marketing plan.

I don’t know about other Canadians, but I can’t wait until Monday (election day) is over so that our phone will stop ringing. Yes, we have call display. Yes, we have stopped answering it unless we know who is calling. . . . BTW, we both voted on Friday so we don’t want to talk to you anyway.

IN THE NEWS! 📰📣 Penticton Vees donate $1,000 to Kidney Foundation. The 3-0 shutout win against the West Kelowna Warriors was highlighted by a $1,000 grant from the team to the Kidney Foundation of Canada BC and Yukon Branch.https://t.co/4uw1qvkAIy

Headline at @SportsPickle: PBA bowling should come out as staunchly pro-Chinese government just to try to get in the news for a few days.

If you are a regular viewer of Pardon The Interruption (PTI), you might agree that we are watching Michael Wilbon grow into an angry, yelling old man right before our very eyes.

First, there was this:

We have officially left "Will people listen and smarten up" and are now entering "How bad is it going to get". Broke my record of 1130 cell phone tickets from 2018. This is #1131 for 2019. @reginapolice #cellsdownheadsup #distracteddrivingkills pic.twitter.com/OQBXDbGXWZ

Later, there was this one:

Another shift, another bunch of people on their phones. Issued 18 $280 fines for cell phone use while driving today. Best excuse was an oldie but a goodie "But I was using hands free". Not if it's in your hand, you're not. @reginapolice pic.twitter.com/xu3K3eIp3m

And, Regina, there also was this:

Waking up to your truck being rummaged through isn’t the best of feelings. To whoever snaked my sunglasses, car change and Fajardo toy Funko. You obviously needed it more than me. Have a great Thanksgiving with your new gifts. Haha

Dwight Perry of the Seattle Times is wondering: “Does Arkansas linebacker Bumper Pool have a brother named Gene?”

The infamous Dave Hodge Pen Flip.
This would be the last we would see of Dave on HNIC#CBC #HNIC pic.twitter.com/hHc8Qpyf9w

Wondering what Oakland Raiders head coach Jon Gruden thought after the Washington Redskins fired his brother, Jay? “My dad’s been fired. I’ve been fired. Jay’s been fired and . . . welcome to the club, bro,” Jon told reporters. 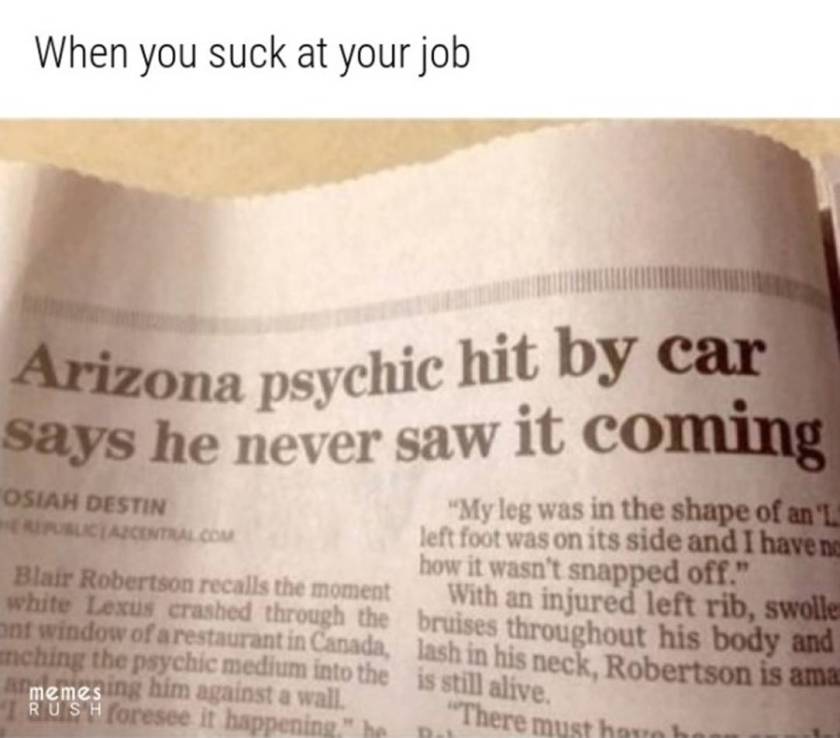