Shout out to our team doctor, Edward Berdusco, who is repping your #OilKings while continuing to keep the community healthy! #representEOK pic.twitter.com/I4LfUVG2a1

There was an interesting development in B.C. on Saturday as Dr. Bonnie Henry, the provincial health officer, said in her daily pandemic-related briefing that “realistically, we will not be having those big events where people gather together this summer.”

She added: “I would tell people to think small. We are not going to be having large gatherings.”

While suggesting there may be an easing of some restrictions in mid-May, she said: “We can’t lose sight that we continue to have people who are affected by this, we continue to have outbreaks, we continue to have transmission, and so we are not at the point yet where we can let (down) our guard. . . . The storm is still raging, and tragically we see that in the fact that people are still dying from this virus in B.C.”

While Dr. Henry doesn’t appear to have defined the beginning and end of summer, it seems that the Pacific National Exhibition (PNE), the West Coast’s biggest annual show, is in for change. This year, it is scheduled to open on Aug. 22 and run through Sept. 7.

On Saturday, the PNE issued a news release that read, in part:

“Because of COVID-19, this summer will look different at the PNE. The opportunities to celebrate will be different and we absolutely recognize that our plans for the PNE Fair and Playland will need to adjust accordingly. . . .

“So stay tuned, the events may be smaller, and protocols may be different, but we have a few bright ideas up our sleeve for when the time is right.”

Dr. Henry explained: “We do not have enough herd immunity or community immunity to protect everybody and allow that type of event to happen. So I think we’ll see be seeing, globally, those types of events — large parades, large mass gatherings where we all come together — those will not be happening this summer.”

That wouldn’t seem to bode well for any sports leagues/teams that operate in the summer months in B.C., including the Vancouver Whitecaps, B.C. Lions and Vancouver Canadians. As much as we all want to see junior hockey up and running again, you really have to wonder what the future holds, especially considering that major junior, junior A and junior B teams normally would open camps in August.

B.C. is home to five WHL teams, 17 junior A teams, all of them in the BCHL, and 19 junior B teams in the Kootenay International Junior Hockey League.

Still, hockey fans have to get through four months to get to mid-August and a lot can happen between now and then. Right?

Justin Trudeau, Canada’s prime minister, announced on Friday that the federal government was making $500 million in relief aid available for arts, culture and sports. . . . Lance Black, the president of the BCHL’s Victoria Grizzlies, told Cleve Dheensaw of the Victoria Times Colonist: “We definitely need to get that help.” . . . Black added: “We are hurting because our sponsors are hurting. This is the time of year we would be out selling advertising. We need the money but no one is buying advertising.” . . . Junior A and junior B teams also won’t be gaining revenue from spring camps, all of which have been cancelled. . . . Dheensaw’s complete story is right here.

The 53rd annual IMG Academy Junior World Championships golf tournament, scheduled for July 4-10 in San Diego, has been cancelled. It draws more than 1,200 golfers on an annual basis. . . .

Soccer’s English Premier League has been shut down for about a month now with no end in sight. . . . Karren Brady, West Ham’s chief executive, writing in The Sun newspaper: “Players will have been able to retain some physical fitness at home. But if social-distancing rules are still in place, physical match-play training will not be allowed — you can’t tackle from two meters away. So, how match-fit will players be if the season commences, as we all hope it will, by mid-June?” . . .

The NBA revealed that players will taking a 25 per cent cut in pay. The first slash will be evident in the payments of May 15. The NBA regular-season would have ended on Wednesday had play not been suspended with 259 games yet to be played. . . .

The MLS announced that it won’t re-open until at least June 8. It has been out of action since March 12. . . .

More golf tournaments have been cancelled, this time in Europe. The BMW International that was to have been played in Munich, from June 25-28, and the Open de France that was scheduled for the following week have been postponed. . . . Large public gatherings have been banned in France through mid-July and in Germany through Aug. 31. . . . The Scottish Open (July 9-12) also has been postponed. 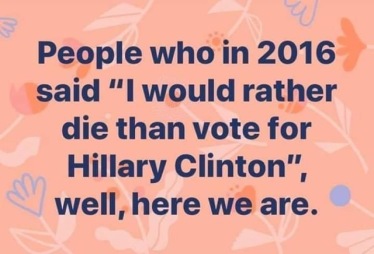 Hannah Keyser, a baseball writer for Yahoo, watched the movie Hoosiers for the first time the other night. Her reaction: “I was not prepared for this much upper thigh.”

The most Quebec thing I've seen since this began was the plane landing on the busy highway in Quebec City and the two drivers right behind tailgating an airplane.

Let this be a warning to alien spaceships: land in Quebec, expect tailgaters.
.

Bob Molinaro of the Hampton Roads Virginian-Pilot: “I began social distancing years ago when somebody would approach and try to tell me about his fantasy football team.”

Dwight Perry of the Seattle Times, with some news from the Little Apple: “Forbidden Spirits Distilling near Kelowna offered the locals free coronavirus disinfectant, but the jockeying in line quickly devolved into fistfights. In other words, they scheduled a hand-sanitizer giveaway — and a hockey game broke out.”

Here’s Jack Finarelli, aka The Sports Curmudgeon, with his Thought For the Day, this one from H.L. Mencken: “Democracy is a pathetic belief in the collective wisdom of individual ignorance.”

Dale Lambert is the new head coach of the Saskatoon Contacts of the Saskatchewan Midget AAA Hockey League. Lambert, 60, had an extensive playing career in England. He is a brother to Ross and Lane Lambert, the latter the associate coach with the NHL’s New York Islanders. . . . Lane (1981-83) and Ross (1982-83) both spent time with the WHL’s Saskatoon Blades. . . . Dale will take over from long-time Contacts’ head coach Marc Chartier, another former Blades player.