The Canadian Hockey League, which last week announced it had agreed to pay $30 million to settle a minimum wage-related class-action lawsuit, is lobbying Canada’s

federal government for financial aid to help it and its 52 Canadian teams through these trying pandemic times.

Marco Vigliotti of ipolitics.ca reports that “Susan Smith, Raphael Brass and Tim Barber of Bluesky Strategy registered” as lobbyists on behalf of the CHL.

Smith and Barber are co-founders of Bluesky; Brass is a senior consultant.

On Friday, the CHL brought an end to a lawsuit that had been filed against it in 2014 by agreeing to pay $30 million. In that lawsuit, former players were asking for major junior hockey players to be declared employees, rather than student-athletes, and as such fall under various employment standard regulations including minimum wage and overtime pay.

In its statement on Friday, the CHL stated: “This settlement does not mean that we agree with the plaintiffs. It means that we wanted to end the lawsuits so we could continue to focus on being the best development league in hockey.”

From the other side, Ted Charney of Toronto-based Charney Lawyers PC, told Ken Campbell of The Hockey News: “This has been a very long, hard-fought battle, effectively gloves-off litigation for several years. We had to fight the (political) lobbying, which we lost miserably on, but we won in all the court rooms.”

The CHL and the three leagues that operate under its umbrella — the Ontario Hockey League, Quebec Major Junior Hockey League and Western Hockey League — aren’t strangers to lobbying governments.

In the early years of the lawsuit, they all worked to get provincial and state governments to provide exemptions from minimum-wage legislation.

David Branch, the OHL commissioner and at the time the CHL’s president, registered as a lobbyist with the Ontario government on Sept. 11, 2018. Two months later, the government announced that it was excluding OHL players from employment standards legislation.

That came two years after B.C’s cabinet, then under Liberal control, had done the same thing for the WHL.

Vaughn Palmer, a political columnist with the Vancouver Sun, wrote on Oct. 22, 2016:

“The Liberals made the change after extensive lobbying from the league, which was facing a court challenge on the failure to pay minimum wage and concerned about economic pressures on its teams were they obliged to pay up.

“The Liberals bought the argument but did so in the quietest fashion. The waiver was approved by cabinet order on Feb. 15, with no followup press release nor much else to draw attention to what they’d done.”

Five days after Palmer’s column appeared, The Sun’s Ian Mulgrew reported that the WHL “did not register as a lobbyist before leaning on B.C.’s cabinet to exempt major junior players from the minimum wager law . . .”

According to Mulgrew, Erin Beatty, communications director for the B.C. Office of the Registrar of Lobbyists, said the regulator was “acting on the potential incident of non-compliance in this case.”

It would seem that whatever investigation was held didn’t go anywhere, and The Sun never followed up.

The $30-million settlement revealed on Friday won’t become official until it is approved by the court, which should happen later this summer. It’s believed that $15 million of that sum will be covered by insurance, leaving the CHL’s 52 Canadian teams each to pay about $288,000.

On April 17, Canadian Heritage Minister Steven Guilbeault announced that the government was committing $500 million to arts, culture and sports sectors.

The CHL joins other sports groups including the CFL, soccer’s Canadian Premier League, the Canadian Elite Basketball League and various hockey leagues in working to get financial aid from government.

Justin Trudeau, Canada’s prime minister, announced Tuesday that the U.S.-Canada border will remain closed to non-essential travel for another month, taking it to around June 21. In April, the closure had been extended to May 21. . . . The border has been closed to non-essential travel since March 18. . . . Adrian Dix, B.C.’s health minister, said later in the day that he believes the closure will be needed long past June 21. . . . “I’m not convinced there is much chance that it will clear sufficiently in the next month to change at least my mind about whether we should open the border,” Dix said. “I think it’s going to be significantly longer than that for visitors.”

Some NCAA hockey teams are beginning to make adjustments to their schedules brought on by budget cuts implemented because of the pandemic. . . . Brad Elliott Schlossman of the Grand Forks Herald reports that “college hockey teams are already starting to call of non-conference road trips that require airplane flights because of anticipated budget crunches due to the coronavirus pandemic.” . . . His complete story is right here.

With our annual Kidney Walk having been cancelled, my wife, Dorothy, is raising funds in support of a ‘virtual’ walk that is scheduled for June 7. All money raised goes to help folks who are dealing with kidney disease. . . . You are able to join Dorothy’s team by making a donation right here. . . . Thank you.

The Triangle Hockey League, long a fixture on the Saskatchewan winter sports scene, is no more. According to the league, the decision was made at a meeting on Saturday. . . . The league had five teams last season — the Bredenbury Cougars, Esterhazy Flyers, Hudson Bay Hunters, Ochapowace Thunder and Theodore Buffalos. The Rocanville Tigers were a league member although they sat out last season. . . . The THL had been without an executive board since February; it also looked like there may be issues getting on-ice officials for a 2020-21 season.

Here is Jack Finarelli, aka The Sports Curmudgeon, with his Thought for the Day, this one from H.L. Mencken: “Every election is a sort of advance auction sale of stolen goods.” 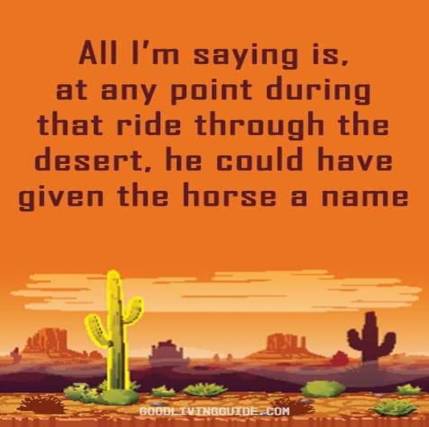 Soccer’s English Premier League, idle since March, is slowly resuming training in the hopes of resuming its season. On Tuesday, the results were announced from the 748 people who were tested for the coronavirus on Monday and Tuesday. Six people were found to be positive and will be self-isolated for a week. More test results are expected to be announced on Tuesday. . . .

The Western Lacrosse Association and the Major Series Lacrosse have both cancelled their 2020 seasons. The WLA is based in B.C.; MSL is an Ontario-based league. . . . That means that the Mann Cup, which goes annually to Canada’s top senior men’s lacrosse team, won’t be contested. . . .

The Saskatchewan Sports Hall of Fame has cancelled its 2020 induction dinner and ceremony that had been scheduled for Sept. 26. According to a news release, “The 2020 induction class will be carried forward as the Class of 2021.” It will take place at some point in September 2021.

When my son was 4 he was learning to skate and wanted to quit because he always fell and Sam Steel never did so like a totally normal mom I emailed the Pats and asked if they could tell him that Sam Steel had to start somewhere too and a few weeks later he got this in the mail. pic.twitter.com/Kr1aH9MlNX