That’s it for the Kidney Walk for another year. The 2020 version was of a virtual variety and it was held on Sunday.

Thanks to all of you who joined Dorothy’s team by supporting her with a donation. At this point, she has raised $3,080.

This was her seventh year of taking part in the Kidney Walk, and people like you have donated $19,686 through her to the BC/Yukon branch of the Kidney Foundation of Canada.

The money raised goes to help people dealing with kidney disease handle the financial costs that come with the fight.

Again, thank you so much for putting so many smiles on Dorothy’s face. Hopefully, we’ll see you in 2021.

In the meantime, please stay safe.

As expected, U Sports and three of its conferences — Canada West, Atlantic University Sport and Ontario University Athletics — cancelled almost all Canadian university athletic activity until at least January.

It is expected that Réseau du sport étudiant du Québec will follow suit.

U Sports, the governing body of university sport in Canada, cancelled national

It then remained for the conferences to deal with sports at their level, including regular-season play and playoffs. Canada West, along with the Atlantic and Ontario conferences, announced that they are shutting down most sporting activity until at least January.

Canada West will decide on its fall sports of cross-country, golf and swimming by July 15.

basketball are done until at least January.

.@CanadaWest President Clint Hamilton on University teams returning to play, “If there’s no vaccine and the physical distancing requirements have not changed across our 4 provinces it’s going to be hard to envision us playing a January to March season.” #usports #canwest

“While cancellation isn’t the outcome anyone associated with university sport wanted, I’m confident in the fact that this difficult decision is in the best interests of our student-athletes,” U of Victoria athletic director Clint Hamilton, who is Canada West’s president, said in a news release. “Health and safety is at the forefront of everything we do and simply put there was no way to adequately ensure the safety of everyone involved in university sport during competition this fall.”

Canada West’s 17 member schools voted unanimously on this strategy on Friday. The U Sports, Atlantic and Ontario conference’s decisions were made by their boards of directors.

Canada West had struck a COVID-19 Task Force to steer it through these pandemic-riddled times. That task force recommended the cancellation of competition through year’s end. That recommendation preceded the unanimous vote.

“The Task Force undertook significant discussion and research to inform our recommendations with public health considerations, specifically minimizing risk for both individual participants and the general public, at the core of our work,” said Dr. Steve Martin, who is UVic’s varsity sports medicine physician and Canada West’s rep on the U Sports medical committee. “By and large, sport competition provides a high-risk environment for the transmission of COVID-19. While other areas of society continue to mitigate risk through new guidelines, sport provides a challenge in this regard as any risk mitigation would render many sports unrecognizable.”

The Canada West news release also pointed out that “while professional sports leagues continue to explore options for a return to competition, the resources they will have at their disposal to minimize the risk of infection will not be the reality for Canada West members when the transition from training to competition eventually occurs.”

Also from Canada West’s news release: “Student-athletes in sports without U Sports national championships this season will not be charged eligibility and will remain eligible for athletic financial aid (scholarships).”

Meanwhile, the Ontario Colleges Athletic Association has shut down its intercollegiate sports schedule for the fall semester, a move that involves cross-country, golf, rugby, rugby sevens, baseball, soccer and softball. It has 27 member schools.

During a daily briefing on Monday, Adrian Dix, B.C.’s health minister, noted that while things appear headed in the right direction here, the number of positive COVID-19 cases has been increasing in the American states of Washington, Oregon, California, Arizona and Nevada, something he finds concerning.

“I don’t see that as practical,” he said of opening the U.S. border to non-essential travel. “I don’t see as practical either to have Canadians either visiting and then coming back.

“I don’t see it as practical for people visiting from the United States.”

These statements have to be disconcerting to say the least to junior hockey leagues with any cross-border connections.

The WHL, of course, has five teams in the U.S. — four in Washington and one in Oregon — and has a number of American players on team rosters. The BCHL has one U.S. franchise, the Wenatchee Wild, and its rosters are populated with American players.

On Monday, Canada’s federal government announced a loosening on border travelling that will allow families who have been separated to re-unite, with anyone entering Canada having to self-isolate for 14 days.

The most-recent ban on non-essential travel across the border is to reviewed before June 21.

During the last week of May, The New York Times asked 511 epidemiologists and infectious disease specialists “when they expect to resume 20 activities of daily life, assuming that the pandemic and the public health response to if unfold as they expect.”

Respondents took into consideration their own situation, such as where they live and what the coronavirus impact is in their area.

When asked when they might “see a doctor for non-urgent appointment,” 60 percent said this summer, with 29 percent option for three to 12 months, and 11 percent saying a year or more.

The biggest number in the survey showed up when they were asked when they might “attend a sporting event, concert or play.” A full 64 percent said it would be one year or more, with three percent saying this summer, and 32 percent saying three to 12 months.

“They mostly agreed that outdoor activities and small groups were safer than being indoors or in a crowd,” the story reads, “and that masks would be necessary for a long time.”

Steve Mooney of the U of Washington told The Times: “This is as much about feelings of social responsibility as about personal infection risk. Large-scale gatherings are a contact tracing nightmare and seem like they should be shut down until we have a really good sense of what’s safe/how to screen people.”

Tammie Nelson of the Marion County Public Health Department said she would considering attending events in the fall. “I would do this IF social distancing was enforced and everyone attending was required to wear a mask,” she said.

The story, with graphics, is right here.

Jack Finarelli, aka The Sports Curmudgeon, returned to the world of the Internet on Monday after a few days of battling modem-related issues.

He came back with an update on a defamation lawsuit that had been filed by former big leaguer Lenny Dykstra against one-time teammate Ron Darling over something the latter had written in a book.

The case was heard in the Supreme Court of the State of New York in New York County, the Hon. Robert D. Kalish presiding.

The curmudgeonly one reports that this was part of the judge’s ruling:

“Based on the papers submitted on this motion, prior to the publication of the book, Dykstra was infamous for being, among other things, racist, misogynist, and anti-gay, as well as a sexual predator, a drug-abuser, a thief, and an embezzler. Further, Dykstra had a reputation — largely due to his autobiography — of being willing to do anything to benefit himself and his team, including using steroids and blackmailing umpires . . . Considering this information, which was presumably known to the average reader of the book, this Court finds that, as a matter of law, the reference in the book has not exposed Dykstra to any further ‘public contempt, ridicule, aversion or disgrace,’ or ‘evil opinion of him in the minds of right-thinking persons,’ or ‘deprivation of friendly intercourse in society.’ ”

For more on this and some good stuff on happenings involving Drew Brees, click right here.

And here is the curmudgeonly one with his Thought for the Day, this one from H.L. Mencken: “A Puritan is someone who is desperately afraid that, somewhere, someone might be having a good time.”

With no active COVID-19 infections remaining in the country, New Zealand Rugby has given the all-clear for fans to return to its rugby stadiums. Matches are to resume this weekend and there won’t be any size restrictions placed on crowds for games in Dunedin on Saturday and Auckland on Sunday.

Had a minor operation on Friday

A surgeon cut a small cancerous bit out of my leg

Very minor. At my age this sort of thing happens about once a week

He did a beautiful job, sewed it up and said " Tis but a scratch "

The Spokane Chiefs have signed five members of their front office to contract extensions,

the length of which weren’t revealed. . . . Jim Hammett, the assistant general manager, and goaltending consultants Lucas Gore and Jesse Plewis were re-signed, as were equipment manager Tim Lindblade and education advisor Joe Everson. . . . Hammett, who runs the club’s scouting department, is entering his second year with the Chiefs, as are Gore and Plewis. . . . Lindblade is preparing for his eighth season in Spokane, while Everson has been with the Chiefs, in one capacity or another, for 30 years. He has been the education advisor for the past 12 seasons. 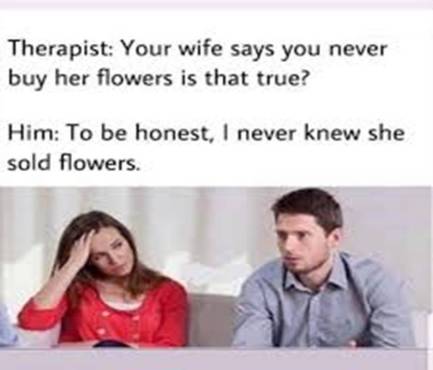