The Minneapolis Star Tribune reported on Monday that the Minnesota Twins have told coaches Bob McClure, 68, and Bill Evers, 66, that they won’t be taking part in the 2020 season whenever it gets started.

The Twins said last week that an undisclosed number of players and one staff member had tested positive for the coronavirus.

chance of dying from the coronavirus. The Twins are believed to be the first North American professional team to excuse older coaches from working with their team.

The NHL, NBA, NFL and especially MLB have numerous managers and coaches who are 60 years of age and older. Chances are that in the coming days we will hear about more MLB teams doing precisely what the Twins have done with McClure and Evers.

But what about the WHL? Might this be just one more thing its teams are going to have to deal with should they get to open training camps in mid-September and begin the season on Oct. 2?

The WHL has two head coaches past the age of 60 — Willie Desjardins of the Medicine Hat Tigers and Mike Johnston of the Portland Winterhawks, both of whom also are general managers, are 63.

Their are 11 other head coaches over the age of 50.

The WHL also has at least eight general managers 60 or older, beginning with Garry Davidson of the Everett Silvertips, at 69, and John Paddock of the Regina Pats, at 66.

There also are a couple of assistant coaches who have had at least 65 birthdays — Jerome Engele of the Saskatoon Blades is 69 and Portland’s Don Hay is 66.

Just more food for thought in these uncertain times.

The Detroit Red Wings have cancelled the 2020 version of the eight-team prospect tournament that was to have been played in Traverse City, Mich., in early September. . . . The Red Wings also have moved the site of their 2020-21 training camp, whenever that might be held, to Little Caesars Arena in Detroit.

Ian Desmond is opting out of playing in MLB this season. In addition to Covid-19 he cites the MLB’s rampant racism, sexism, homophobia, cheating scandals, and labor wars. Please go to his Instagram to read the whole thing because, whew, it is outstanding. https://t.co/xnwg3vspxo pic.twitter.com/2vIvpzLegB

OF Ian Desmond said Monday that he won’t be joining the Colorado Rockies for the 2020 MLB season. He made the announcement in a nine-panel posting on Instagram. . . . There’s more right here. . . .

Infielder Ryan Zimmerman and pitcher Joe Ross said Monday that they won’t be joining the Washington Nationals, the defending World Series champions, for the approaching season. Also opting out is pitcher Mike Leake of the Arizona Diamondbacks. . . . All three cited health and safety concerns related to the pandemic. . . .

The Arizona Diamondbacks revealed on Monday that three players on their 60-man roster have tested positive. Two of them were in Arizona, while wasn’t yet in Arizona. . . .

OF Hunter Bishop, the San Francisco Giants’ first-round draft pick in 2019, has tested positive in Arizona. He will miss at least the start of the Giants’ workouts that are to begin on Friday in San Francisco. . . .

They have been playing Minor League Baseball (MiLB) in the United States since 1901. Prior to Tuesday, a season never had been cancelled. That’s all changed now, as MiLB announced that there won’t be a 2020 season thanks to the pandemic. There are 160 minor league teams, including the Vancouver Canadians, under the MiLB umbrella.

The Denver Nuggets closed their training facility on Tuesday after the NBA team’s travelling party was found to include three positive tests. Adrian Wojnarowski of ESPN reported that 35 people were preparing to head for Orlando, Fla., and the restart of the season when the trio tested positive. . . . It’s not known if the positives are players or staff. . . . C Nikola Jokic of the Nuggets tested positive in Serbia earlier in June, while head coach Michael Malone has said that he tested positive in March. . . .

The NBA’s New Orleans Pelicans have had three players test positive, but the team hasn’t identified them. All three were tested on June 23, along with all of their teammates. . . .

Two members of the NBA’s Brooklyn Nets — G Spencer Dinwiddie and F DeAndre Jordan — have tested positive and won’t be joining the team in Orlando, Fla. . . . Dinwiddie told The Athletic that he has been experiencing symptoms — fever and chest tightness. . . . The Nets also will be without F Wilson Chandler, who has opted out.

Chad Campbell is the sixth player from the PGA Tour to test positive. He was tested as part of the screening prior to the Rocket Mortgage Classic, which is to start Thursday in Detroit. . . . Meanwhile, three players — Jonathan Hodge, Taylor Montgomery and Brandon Wu — tested positive and had to withdraw from the Korn Ferry Tour event that starts today (Wednesday) in Colorado.

MLS announced that four players have tested positive on Monday and Tuesday. All told, 392 people were tested, all of whom are staying in the league’s bubble hotel in Orlando, Fla. . . . On the weekend, MLS announced that 18 players and six staff members had tested positive since early June. . . . The league’s MLS is Back tournament is scheduled to open on July 8. . . .

Officials cancelled the rest of the 2020 World Rugby Seven Series on Tuesday, meaning there won’t be stops in Langford, B.C., London, Paris, Singapore or Hong Kong. . . .

A statement on the University of Georgia website on Monday indicated that at least 143 members of the school’s community, including students and staff, have tested positive. . . .

Williams College, a NCAA Division 3 school in Williamstown, Mass., has cancelled all fall sports, but has yet to decide on winter and spring activities. . . . Two other New England-area schools, Bowdoin College and UMass-Boston, have said their teams won’t play in the fall, either. . . .

The Broadway League said Monday that theatres on Broadway in New York City are likely to remain closed at least through the end of 2020. Performances have been suspended since March 12. . . . Theatres are hoping to re-open early in January.

European hockey leagues' Return-to-Play plan, updated today with Belarus. Many of the data are best-case scenarios. Many changes expected until puck is dropped. pic.twitter.com/t7uiXF5Td1

Phil Andrews, the radio voice of the Regina Pats for the past nine seasons, said on

Monday that he was leaving the post. He cited family reasons for his decision. . . . Andrews was the Pats’ director of media and communications, and handled the play-by-play duties. . . . His departure opens up one of the WHL’s plum play-by-play positions and you can bet that a lot of junior hockey radio types have been preparing resumes. 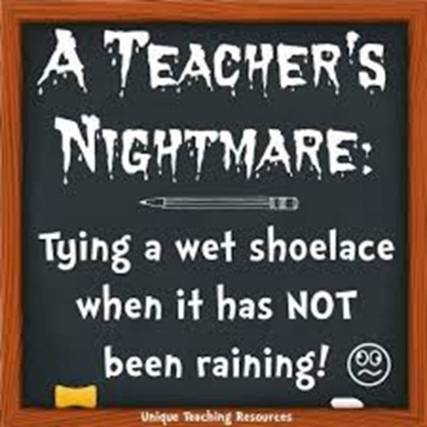 Congratulations to outgoing @theahl President & CEO Dave Andrews on a Hall of Fame career! He attended every PHPA Annual Meeting and always made time to sit down and talk with the players. He is leaving the League and the game at our level in great shape! pic.twitter.com/XLPvkLXGsw

On behalf of the entire MJHL Community, cheers to Kim Davis who served his last day as Commissioner today!

Thank you for your dedication, integrity, leadership, commitment, countless hours of hard work and everything in between, the MJHL wouldn’t be what it is today without you! pic.twitter.com/E7jfQgLOUp

The junior B Nanaimo Buccaneers of the Vancouver Island Junior Hockey League announced on Tuesday that Brad Knight “has stepped down” as general manager and head coach. . . . The Buccaneers had announced Knight’s signing early in May. He was returning to the team after being the head coach for its first two seasons (2012-14). . . . Last season, with then-owner Clayton Robinson as head coach, Nanaimo finished 14-23-11. . . . Robinson, who owned the franchise for about 18 months, sold the team to Carl Ollech, who owns some of Duncan Iron Works, in June. . . . Greg Sakaki of the Nanaimo Bulletin has more on the sale right here. 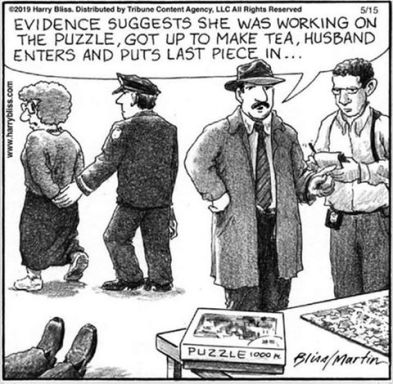