With the NHL announcing Friday that it has a new CBA in place and that almost 80 per cent of its players had voted for a return to play, a story out of Plymouth, Mich., didn’t seem to have the impact it probably should have.

ICYMI, Craig Custance and Katie Strang of the The Athletic reported that “at least three players from USA Hockey’s National Team Development Program have tested positive for COVID-19, multiple sources have confirmed. . . . The players had been participating in on-ice skills training at USA Hockey Arena in Plymouth, Mich., the venue for USA Hockey’s 2020 World Junior Summer Showcase later this month.”

Custance and Strang also reported that “additional participants in the on-ice skills training who are not members of the USNTDP have also tested positive, according to a source.”

The complete story is right here.

One source was quoted as saying: “It’s hockey players who hang out together. One person got tested, found out they had it and so they all did.”

This, I believe, is the first report of teenage hockey players testing positive, and this has to be ominous for junior hockey owners and operators.

Obviously, if you are going to bring teams of athletes together and have them in close quarters, like in locker rooms and on buses, there are going to be positive tests. That means that if you own a team, say, in the WHL and you are hell-bent on opening the 2020-21 season at some time in the not-too-distant future, your return-to-play protocol better have something in it about dealing with positive tests.

Or you have you fingers crossed, a rabbit’s foot in your hip pocket, and you’re hoping for a miracle. 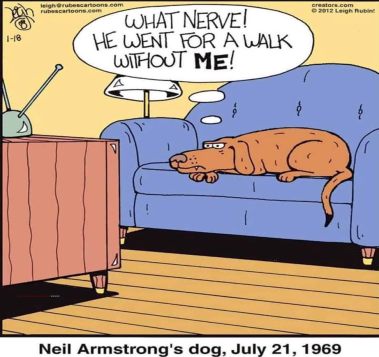 Meanwhile, Adam Wodon, the managing editor of College Hockey News, posted a thought-provoking piece on Friday that spells out a lot of things.

“The shutdown of Ivy League sports until Jan. 1 and its implications for college hockey are just the first of many shoes to drop in the coming weeks and months.

“Trying to summarize what college sports will look like this fall, seems silly at the moment. It changes day by day, and usually in the wrong direction.

“The trajectory, however, points to a continued steady drip towards the seemingly inevitable: that there will be no college sports in the fall, or, at best, nothing close to how we know it to be, thanks to the ongoing coronavirus pandemic crisis.

“College sports departments continue to go through the motions of preparing for the season, what with the social media countdowns to the next game, and so on. But it all seems so pointless. I mean, I get it — what else are those staffs supposed to do? Gotta do something. Can’t all be like me, catching up on my golf game and rewatching Lost.

“Coaches have been going through offseason workouts in all sorts of ways, keeping training facilities open, but with certain distancing measures in place. And so on.

There’s a whole lot more to his piece and it’s well worth your time. It’s all right here.

D Travis Hamonic of the Calgary Flames has opted out of the NHL’s season. Hamonic cited family considerations in making his decision.

Hey, you want some optimistic news?

The 15-team AJHL released its 2020-21 schedule on Friday, with opening night set for Sept. 18. Each team is to play 58 games in the regular season. According to the news release: “The schedule has been created to remove pre-determined blocks of games should the season start be delayed.” . . . The complete news release is right here.

Meanwhile, the 16-team USHL said Friday that it plans to open in the fall “with the intention to play a full schedule.”

But, in Germany, the 14-team DEL season that was to have started on Sept. 18 now has been pushed back to an unspecified date in November.

Michael Bidwill, the owner of the NFL’s Arizona Cardinals, has been in hospital after testing positive. His condition has improved of late and he may be released sometime this weekend. . . . He is believed to have contracted the virus while travelling in the eastern U.S. . . . Bidwill, 55, isn’t believed to have had any contact with the team’s football personnel.

In a release issued Friday, MLB and the MLPBA said that 71 players and 12 staff members have tested positive since intake screening began on June 27. That is out of 11,149 samples. All told, 66 of the positives came from intake screening. . . .

C Buster Posey of the San Francisco Giants won’t play this season. He and his wife adopted twin girls who were born about six weeks prematurely on July 3, so he has chosen to stay with his family rather than play in the pandemic-shortened MLB season. . . . “In the current state we are in now, and these babies being as fragile as they are for the next four months at a minimum, this just ultimately was not a difficult decision for me,” Posey, 33, said on a ZOOM call. “From baseball, it was a tough decision. From a family standpoint, that I feel I’m making a decision to protect our children, I think it was relatively easy.” . . .

P Michael Kopech of the Chicago White Sox also has opted out of the approaching MLB season. The right-hander, 24, is seen as one of MLB’s top pitching prospects. . . .

Jack Finarelli, aka The Sports Curmudgeon, posted a terrific piece on Friday detailing difficulties encountered by MLB in getting two plane loads of Dominican players to Miami on July 1. It’s all right here. . . .

The Pac-12 announced on Friday that fall sports, including football, will be conference only if their seasons are able to start. The cancellations include a Sept. 5 football game between the Alabama Crimson Tide and USC. . . .

Dartmouth has dropped a handful of NCAA Division 1 sports, effective immediately. Gone are men’s and women’s golf, men’s lightweight towing, and the men’s and women’s diving and swimming programs. The Ivy League school also shuttered the Hanover Country Club, which was built in 1899. . . .

Excited to become a @hkygivesblood Player Ambassador to support patients who rely on @CanadasLifeline . You too can help by registering online as a #StemCell donor or an #OrgansAndTissue donor.
Join today at https://t.co/HdFyEx4VRj or https://t.co/zfpJl9iGSM .@PGCougars @TheWHL pic.twitter.com/6ukBkauN94