Great post – this is why we all need to do our part and wear a mask when indoors. Reopening our economy safely will protect lives and livelihoods at the same time. https://t.co/nzpclzDZt5

The City of Prince George announced Tuesday that it has closed all arenas indefinitely as it works to cope with a budget that it says could come up $9 million short because of the pandemic. . . . Arenas had been on schedule for an Aug. 4 opening. . . . The city has laid off or terminated about 130 workers. . . .

Meanwhile, in Prince Albert, the city has said it hopes to have ice in the Art Hauser Centre, the home of the WHL’s Raiders, later this month, and hopes that the arena is ready for hockey camps by Aug. 10. . . .

Here’s something that caught my eye in The New York Times earlier this week, all of which should be of interest to the WHL and its fans . . .

“The state (of Oregon) set a record on Thursday with 389 new infections.

“If the spread of the virus continues at its current rate, Oregon Health Authority models predict that Portland hospitals will hit capacity in a month, and hospitals throughout the state will be overwhelmed within 90 days. . . .

“As serious as the recent caseload has been, many fear that the upcoming harvest season could make things even worse, as additional agricultural workers pour in and processing plants kick into high gear.”

Thank you to everyone who has shared their support for renaming the Saanich Jr. B Hockey Team. Now is your chance to send us your ideas. We want our new name to make our community proud for many years to come.
SaanichJrBHockey@gmail.com. pic.twitter.com/3uWyzznZPV

Jack Finarelli, aka The Sports Curmudgeon, with his Thought for the Day, this one from Will Rogers, who died in a plane crash in 1935: “Last year we said, ‘Things can’t go on like this,’ and they didn’t. They got worse.”

Dan Wolken, writing in USA TODAY, about the SEC, football and the pandemic:

“For all the airtime devoted to COVID-19 misinformation merchants who cherry-pick statistics to suggest this virus is no big deal and engage in performative whataboutism to try and discredit public health officials, the virus will determine whether SEC football is played — not the other way around. . . .

“ . . . the arrogance with which too many people in this country approached COVID-19 from the beginning has also been a hallmark of the conversation around college football. Too many administrators have spent the last four months offering nothing but happy talk and publicly presenting the rosiest possible scenario rather than speaking directly to the massive challenges of pulling off a season in a college environment where any type of bubble isn’t possible and there’s no financial incentive for the players to take the kinds of health risks their professional counterparts are being asked to take.

“In fact, the mere suggestion that college football wouldn’t go off as planned has been met with outrage.” 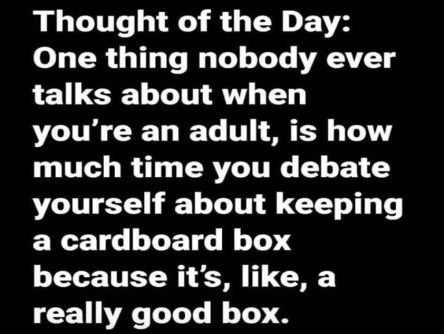 City officials in Philadelphia said Tuesday that fans won’t be allowed in any facilities for sporting events in 2020. . . .

USA Hockey has cancelled the 2020 World Junior Summer Showcase that was to have been held in Plymouth, Mich, from July 24-31. Canada, Finland and Sweden pulled out of the event earlier, but USA Hockey had hoped to bring in 44 players and evaluate them. It’s all part of the selection process in picking the team that will play in the World Junior Championship that is, at least for now, scheduled for Red Deer and Edmonton, from Dec. 26 through Jan. 5. . . .

The NFL’s Green Bay Packers will hold their training camp at Lambeau Field, but fans won’t be allowed in for practices. There also won’t be any fans allowed for Packers Family Night or any home exhibition games. . . .

Former MLB C Tim McCarver has opted out, so won’t be part of the Fox Sports Midwest TV crew doing St. Louis Cardinals games this season. McCarver, 78, made the decision after consulting with his doctor. . . .

F Harrison Barnes of the NBA’s Sacramento Kings revealed on Monday that he has tested positive. . . .

The Associated Press reported on Monday that “about 10” MLB umpires have opted out of the season “because of concerns over the coronavirus.” . . . By Wednesday, that number was up to 11.