Thank you, @KirkHerbstreit for sharing your wisdom, empathy and compassion. This is powerful and important. https://t.co/XWMcKmWGhV

The MacBeth Report continues to keep both eyes on happenings in Europe and beyond.

Some KHL-related notes from a Friday filing . . .

“Ak Bars Kazan opened the season in Riga against Dinamo Riga. However, one of the referees tested positive for COVID-19, so the start of the game was delayed until a new officiating crew could be found. Per Aivis Kalnins, an all-Latvian crew worked the game.

“Neftekhimik Nizhnekamsk head coach Vyacheslav Butsayev told TASS Thursday that they intended to play with a short lineup Friday night at home against SKA St. Petersburg (2-1 loss) but did not say why. Neftekhimik dressed 20+2, the full lineup, but only the two goalies, three defencemen, and five forwards are officially on the Neftekhimik roster. They dressed four defencemen and two forwards from their farm club and one defenceman and five forwards from their junior club. Butsayev himself didn’t coach. It was announced before the game that Butsayev and two assistant coaches would not be coaching tonight ‘in connection to recover from a previous illness.’ The coach was head coach of their junior team, Vyacheslav Kasatkin.

“Amur Khabarovsk also has been hit with an outbreak. Head coach Pavel Torgajev on Wednesday: ‘We have already reported that a number of players have passed the initial positive tests for COVID-19. Over the past few days, there are more of them, some results have been confirmed. Players with positive test results are isolated, under medical supervision. There are players who have already recovered, which is confirmed by the tests done the day before, but in accordance with the league protocols, they need to wait for the second negative test. Only then will they be able to join the team. Therefore, at the start of the season, we will not be able to play with the optimal lineup. We have attracted the players of the youth team, this is a great chance for them. Everyone who goes on the ice will fight, everyone missed hockey, and for the ‘youth’ this is a great opportunity to try themselves at the adult level.’

The KHL team Avangard Omsk unveiled its new uniforms the other day. If you haven’t seen it already, you don’t want to miss head coach Bob Hartley — yes, the former NHL coach — as he does the introduction. When he’s done as a coach, he may have a career as a pitchman. . . . It’s all right here.

Manager Gabe Kapler and his San Francisco Giants were leading the Colorado Rockies, 18-2, in the seventh inning the other night when he chose to challenge a play at first base. That got Dwight Perry of the Seattle Times to wonder: “So why isn’t there an unwritten rule about that?”

One more from Perry: “The entire Alaska-Fairbanks hockey team was placed in quarantine after six partying players tested positive. In other words, COVID-19 just went on the power play.”

Only saying this because I loved my experience in the MJHL and I care about the league…. pretty hard to see how adding another team that will charge 15k+ per player is in anyway good for the the league or the game of hockey. I thought the goal was to make hockey more inclusive? https://t.co/T2HNcLO6ec

The MJHL has sold an expansion franchise to Winnipeg-based 50 Below Sports + Entertainment, which also owns the league’s Winnipeg Blues. This means that the 12-team MJHL has two franchises in the Manitoba capital both of them owned by 50 Below Sports + Entertainment, which also owns the WHL’s Winnipeg Ice. . . . Mike Sawatzky of the Winnipeg Free Press has reported that the team is to be called the Freeze. Josh Green, an assistant coach with the Blues two seasons ago and with the Ice in 2019-20, is expected to be the head coach, with former WHL G Sonny Mignacca as his assistant. . . . According to Sawatzky, Jake Heisinger, the Ice’s assistant GM and vice-president of hockey operations, is expected to be the Freeze’s GM. . . . The MJHL is aiming to start a 40-game regular season on Oct. 9. Training camps can begin on Sept. 18, with rosters limited to 34 players. . . . The Freeze had a protected list of 33 players prior to the MJHL announcing its presence. As well, the Freeze is opening a three-day prospects’ camp today. 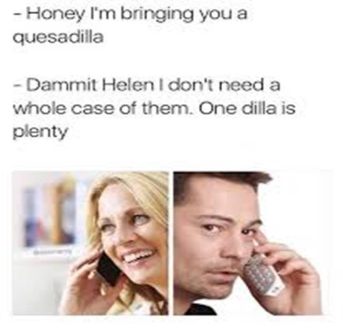 The NHL said Monday that is has gotten through six weeks of bubble play without a positive test. There were 2,534 tests conducted for the period Aug. 30 through Sept. 5. . . .

The UFC was forced into holding a short card on Saturday night in Las Vegas after two bouts, and perhaps a third, were cancelled because of positive tests. In the end, it was able to hold on seven bouts on the card. . . . There is more right here.

If you are a junior hockey fan, you may be interested in reading what teams in the KHL will have to go through in order to play in Helsinki, Finland, and what that city’s team, Jokerit, will have to do to play in Russia, all of this thanks to The MacBeth Report . . .

Arrangements have been finalized that will allow Jokerit to play its 2020-21 home games at Hartwall Arena in Helsinki. For a while, it appeared that Jokerit would play its home games somewhere in Russia.

However, according to Jokerit’s website, the team and the KHL have

put together a model that enables foreign teams to travel safely to Finland.

On Sept. 1, the KHL began coronavirus tests for all team members as well as club staff. These are conducted every five days.

Here’s a look at steps that are being taken in order to play these games . . .

Visiting teams arrive in Helsinki on their own charter flights. They are transported from the airport by private bus to the hotel, where they are provided with their own secluded facilities to stay and dine. During their 1-2 day visits to Helsinki, team representatives will not leave the hotel premises, outside the restricted area of ​​Hartwall Arena, or the airport.

The teams move from the hotel by their own bus to the arena, where a so-called clean area is used on ice level. This area can only be accessed by persons subject to KHL corona testing and their identities, as well as a valid negative corona test result is confirmed by displaying a QR code. Without a negative test result, one cannot enter the clean area. After the games, the teams will take their own bus to the airport and leave the country.

Jokerit has the same practices on their own away game trips in both the arenas and the hotels. In the hotels, a separate floor is reserved for the team and meals are also held separately from other hotel guests. Team representatives will not leave the hotel other than by public transportation to the arena or airport. When traveling, protective masks are used both

on the plane and on the fields. When arriving at the arena, a mask must also be worn both in Finland and abroad.

The safety of the public is guaranteed in home matches in accordance with safety regulations.

Jokerit is top play its first home game on Wednesday against against Neftekhimik Nizhnekamsk.

Here is what goes into ensuring the safety of spectators . . .

One in every three adults in the U.S. is at risk for #kidneydisease. It's better to know the risks than to not know them at all. This simple, one-minute quiz can tell you if you're at risk and save your life. #MinuteForYourKidneys https://t.co/juJvR1HEL4

Headline at fark.com: Washington releasing running back Adrian Peterson for fear his off-field reputation might taint an otherwise stellar organization.

Clippers coach Doc Rivers on the empty press conference room that featured himself, a Clippers spokesperson, a few NBA staffers, myself, a photographer and empty chairs: “It looks like a Trump rally in here.” I disagree. We were all wearing masks and being socially distant.