Please also join us in wishing Giants part-owner @MichaelBuble a very happy birthday today as well. This time it’s us singing to him!

Ken Campbell of The Hockey News posted an interesting piece on Tuesday involving F Brayden Point of the Tampa Bay Lightning. In it, Campbell explained how the Lightning came to draft Point and how Al Murray, the organization’s director of amateur scouting, led the charge. It’s great to see a veteran scout like Murray, who is from Regina, get some acknowledgement. . . . Campbell’s piece is right here.

On Wednesday, Campbell wrote about the Vegas Golden Knights and how George McPhee and Kelly McCrimmon were able to shape an expansion into a Stanley Cup contender is such a short period of time. . . . They certainly have done that, and it should be said that they got a considerable amount of help from Vaughn Karpan, their director of player personnel. . . . Karpan, a native of The Pas, Man., and Murray have one thing in common — they both are quiet men who love to work in the shadows. Oh, and one other thing — they may be the best in their field. . . . Campbell’s piece on Vegas is right here.

The good people of Chicoutimi and Baie-Comeau should be thrilled about paying this drop in the bucket. A one-time $267,000 charge in exchange for years of ripping teenagers off? Great deal! If their teams were forced to pay players a living wage, their taxes would be far higher. https://t.co/VcTgxFrxEn

Loosely translating the above tweet: Each of the Canadian major junior teams must pay $266,667 as its share of the settlement of the class-action lawsuit that the CHL decided to settle for $30 million earlier in the summer. The QMJHL’s Chicoutimi Sagueneens and the Baie-Comeau Drakkar are owned by their respective cities, so the citizens will pay the bill via their municipal taxes.

Blaine Peterson, a former WHL goaltender who played with the Brandon Wheat Kings and New Westminster Bruins, died suddenly on Sept. 3. He was 64 and living in Stonewall, Man. Peterson’s death came less than a month after he was profiled by Perry Bergson of the Brandon Sun as part of his excellent series on former Wheat Kings. . . . Peterson is survived by his partner Paulette and two adult children — Teague and Kael. . . . Peterson was with the Bruins for two Memorial Cup tournaments, losing in the 1976 final and winning it all in 1977. . . . He was a real contributor to minor hockey, coaching in Stonewall and doing a stint as president of the Manitoba Midget AAA Hockey League. . . . In lieu of flowers, the family asks that donations be made to the Heart and Stroke Foundation of Manitoba. . . . There won’t be a formal funeral service, but a celebration of life is to be held at a later date. . . . There is an obituary available right here.

You will recall that Canadian OL Laurent Duvernay-Tardif of the Kansas City Chiefs opted out of the NFL’s 2020 season a while back. During the pandemic, the graduate of McGill U’s medical school has been working as an orderly at a long-term care facility near Montreal. From Mont-Saint-Hilaire, Que., he is planning to take online classes from Harvard U’s T.H. Chan School of Public Health. . . . Julian MacKenzie of The Canadian Press has more right here. . . .

Louisiana Tech and Baylor had to postpone their football game that was set for Saturday. Why? Because Louisiana Tech had 38 players test positive in the days following Hurricane Laura. . . . The game was to have been Fox-TV’s first Big Noon game of the season, but now has been replaced by Arkansas State-Kansas State. . . .

Australian tennis star Ash Barty, ranked No. 1 in the world, has opted out of the French Open, which is scheduled to open on Sept. 27. She is the tournament’s defending champion. She also chose not to play in the U.S. Open because of concerns about COVID-19. . . .

The U of Lethbridge has suspended its women’s soccer program after it was found to be violating some pandemic-related restrictions. With Canada West having cancelled the fall season, teams still are being allowed to practice, but they are to do it in cohorts. The women’s team was allowing players who were from outside to take part in practice sessions. . . . Justin Goulet of lethbridgenewsnow.com has more right here. . . .

JUST NOTES: Mark Recchi, one of five owners of the WHL’s Kamloops Blazers, is back in the NHL after a rather brief absence. Dumped as an assistant coach by the Pittsburgh Penguins on Aug. 12, he has joined the New Jersey Devils in the same role. The Devils gave Recchi a three-year contract. He had been with the Penguins for six seasons — three as development coach and the past three as assistant coach. . . . The BCHL’s Merritt Centennials have signed F Dylan Sydor, 17, whose father Darryl is a former WHL/NHL defenceman who also is a co-owner with the Blazers. Last season, Dylan had 17 goals and 20 assists in 40 games with the U-18 Thompson Blazers, who play out of Kamloops. . . . The Red Deer Rebels’ 15-year lease with Westerner Park, which operates the Centrium, was to have expired this year. Before it got to that, the two parties agreed on a seven-year lease. . . . Baseball’s West Coast League unveiled its newest franchise on Wednesday. The Kamloops NorthPaws will begin play in 2021 — Opening Day is set for June 4 — and it’ll be a 54-game regular season. The WBL is a short-season collegiate league. The NorthPaws are one of four Canadian teams, joining the Kelowna Falcons, Nanaimo NightOwls and Victoria HarbourCats. The NightOwls are another expansion team; they are owned by the group that operates the HarbourCats. The NorthPaws are owned by Norm Daley of the Kamloops accounting firm Daley & Company; Jon Pankuch, who owns a few Tim Hortons franchises; and Neal Perry of Westway Plumbing and Heating. 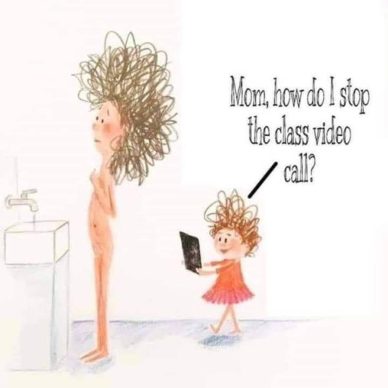