Dylan Ashe, a defenceman with the SJHL’s Melfort Mustangs, was killed in a one-vehicle accident on Saturday night. Ashe, 18, died when his immaculately restored 1984 Chevrolet pickup left the road and rolled on Highway 37 near White Fox, Sask. . . . A native of Warman, Sask., he helped the midget AAA Tisdale Trojans to a bronze medal at the 2019 Telus Cup before joining the Mustangs as a 17-year-old. With Melfort, he had two goals and four assists in 46 games. . . . Ashe wasn’t selected in the WHL draft, but signed with the Lethbridge Hurricanes in April 2019 and was in their training camp prior to the 2019-20 season. . . . His mother, Della, wrote on Facebook: “This is the hardest and most heartbreaking post I have ever had to make. Dylan was driving back to the lake (Saturday) night and rolled the car. He didn’t make it out of the accident alive. I can honestly say I’m numb, and my heart literally feels broken. He was the most easy-going, fun-loving, and never in a rush for anything type of guy. He loved his family and truck. Oh that truck, boy did he work hard on it. My favourite thing was when he would come home and go directly to each of us and give us a big hug. He was making his last trip out to the lake and then heading home here for a couple days before taking off to Melfort for his second season with the Mustangs. He was looking forward to seeing all his hockey buddies. I am comforted knowing he was doing everything he loved to do, but unfortunately never fulfilled his dreams here, and now he will always be in my dreams. I can’t believe your life was so short. Please watch over us. I love you so, so, so much.” . . . Deanna Venn, an aunt of Dylan’s, has started a GoFundMe page that is right here.

If you’re an old-time hockey fan, you may remember Jerry Rollins as a tough guy who put up 338 penalty minutes with the WCHL’s Flin Flon Bombers in 1973-74 and another 473 in a 1974-75 season split between the Bombers (72) and Winnipeg Clubs (401). . . . These days, according to a news release that found its way into my inbox, Rollins is the “co-founder and chairman of the Sage Executive Group, a Southern California-based peer advisory group that helps CEOs, founders and executives achieve all-around success by positively impacting their business, families and communities.” On top of that, his new book — Enforcer to Entrepreneur: Achieving Hockey Stick Growth in Life, Business and Sports — is scheduled for an Oct. 1 publishing date.

When you’re talking about the greatest enforcers in NHL history, the list starts and ends with Charles M. Schulz. pic.twitter.com/B8OBjVxsJt

Bruce Jenkins, in the San Francisco Chronicle: “As Doris Burke moves to ESPN radio, she’ll become the first woman to call an entire conference finals and the NBA Finals for a national outlet. But she’ll be missed on television, especially in light of her superb work in Orlando. Gather up Mark Jackson, Jeff Van Gundy, Reggie Miller, all the analysts working for ESPN and TNT; Burke is better than all of them.” . . . Jenkins isn’t wrong.

Just the other day the Atlanta Braves scored 29 runs in a game against the Miami Marlins. As Nick Canepa of the San Diego Union-Tribune noted, the Braves “violated every one of baseball’s 1,212 unwritten rules.”

Mike Norvell, the head football coach of the Florida State Seminoles, tested positive and has gone into quarantine. The school’s athletic department made the announcement on Saturday. FSU wasn’t scheduled to play this weekend. . . . He is expected to miss his team’s game at Miami on Saturday. . . .

Florida Atlantic U was to have played Georgia Southern in a televised football game on ESPN on Saturday. However, FAU experienced an outbreak of positive tests involving players and on- and off-field staff so wasn’t able to play. . . . Other games cancelled or postponed this weekend for virus-related reasons included Baylor-Houston, Charlotte-North Carolina, BYU-Army, Florida Atlantic-Georgia Southern, and Arkansas State-Central Arkansas. . . .

The Big Ten announced on Wednesday that it would have a football season, after all. One day later, it was revealed that the U of Wisconsin Badgers football team had more than 40 positive tests among players and staff to that point. . . . ABC News reported: “On Thursday, UW-Madison reported 190 new positive COVID-19 tests among students and employees from on- and off-campus testing. As of Thursday morning, 400 students were in on-campus isolation, it said. There have been nearly 2,400 confirmed cases among UW-Madison students and employees since July 28, according to Public Health Madison & Dane County.” . . .

Jokerit, the KHL team that plays out of Helsinki, Finland, will be back on the ice for practice on Monday after health officials ended the club’s 14-day quarantine. Jokerit is scheduled to return to game action on Friday against visiting Sibir. . . .

The 2021 North American Indigenous Games have been postponed, after the 2020 Games were postponed in March. The 2021 Games had been scheduled for Halifax in July. Organizers have yet to announce a future date, but said they will be held in Halifax. 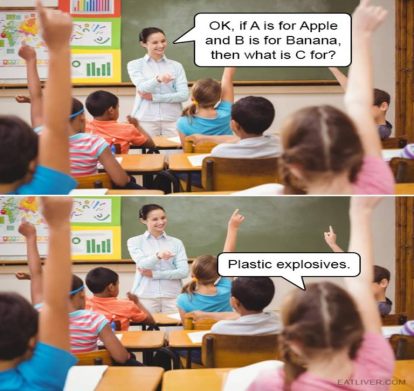 The USHL lost two teams on Friday when the Cedar Rapids RoughRiders and Madison Capitals suspended operations for 2020-21. . . . The RoughRiders opted out because of storm damage to their home arena, the ImOn Ice Arena, from an Aug. 10 storm. . . . The Capitols, according to a USHL news release, “face significant county restrictions related to COVID-19 that affect their ability to practice, play and host spectators.” . . . The USHL is left with 14 teams that plan to open their regular season on Nov. 6.

One group — 50 Below Sports + Entertainment — owns the Winnipeg Blues and the expansion Winnipeg Freeze in the 12-team MJHL. I don’t know what the rules dealing with player transactions will be but I am told that the Blues traded 10 players to the Freeze on Thursday. The deal included 16-year-old twin brothers Rylan and Ryder Ringor of Winnipeg, both of whom played at the Elite 15 team at Rink Hockey Academy last season. . . . There isn’t anything on either team’s website about the player moves.

The BCHL, which plans on opening its regular season on Dec. 1, has released an exhibition schedule that is to start on Sept. 25 and features more than 100 games. Teams will play within their four-team cohorts. Interestingly, the schedule doesn’t include the Wenatchee, Wash., Wild, although there has yet to be an announcement on the team’s immediate future.