Is there anything more entertaining than a four-year-old child? Seriously!

Their eyes as they wonder and learn. Their laughter . . . oh yes, their laughter. Their rushing everywhere . . .

We spent a couple of hours in Burnaby on Sept. 20, visiting with our son, his wife and their two daughters — Averi, who was born Aug. 8, and Kara, who is four.

Yes, we brought the obligatory presents, including a game for Kara for which we paid $20 or $25, although the price never matters when a grandchild is involved, does it?

Of course, the game didn’t captivate her interest on this afternoon. Oh no. Like a kitten playing with wrapping paper on Christmas morning, Kara was more interested in a moth.

We met in a park that included lots of green space, along with a play area that was on a knoll about 20 feet from a picnic table at which we were lunching. At one point, Kara approached the picnic table with something in her left hand. It was, she said, her “pet moth.” I wanted to call it Randy Moth, but she wouldn’t go for it. (If you’re a football fan, you’ll understand.)

As she held up her left hand, we thought the moth was, uhh, deceased. But then she let go of it and it flew away . . . well, away being a few feet.

Kara scurried after her new pet, recaptured it, held it up, let it go . . . and repeated that three or four times until the moth apparently got tired of the game and disappeared.

Shortly after and accompanied by Grandma, Kara returned to the play area. She was climbing on one of the play structures when she noticed a young boy a few feet away with something in one of his hands.

I have no idea how she knew that was the only moth in that particular park on that particular day, but she did. Thankfully, the boy let go of the moth and it disappeared into the wild blue yonder before there was a confrontation. 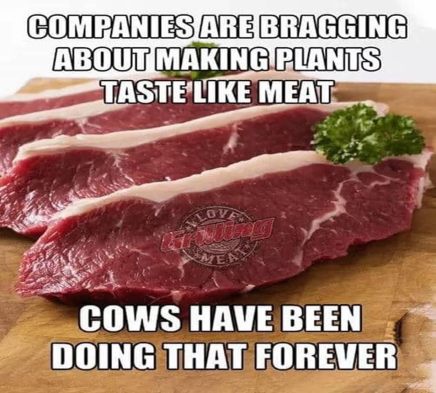 Headline at fark.com: The PAC-12 de¢ide$ to re$ume football for $ome rea$on.

If you are planning a move to Moose Jaw, you should know that there is a criminal element in the community. . . . For proof, consider this Facebook post from Rob Carnie, an old friend who has been at CHAB in Moose Jaw since 1986 and has the city covered like a blanket: “From the daily Moose Jaw Police Service blotter: ‘2:33 pm — Mischief — There was a report of cheese slices being left on a homeowner’s door handle. The parents of the suspects were spoken to and were going to speak to their kids about the incident.’ ”

14 years at the helm in OKC and 2 CHL titles, Doug Sauter won an incredible 544 games as the legendary head coach of the Oklahoma City Blazers. He was famous for not only for his great mustache, but also for his unique practice attire – a team jacket, jeans and roping gloves. pic.twitter.com/ppF5eYchWw

“Because of coronavirus restrictions, only 1,000 fans per day will be allowed into this year’s French Open at 35,000-seat Roland Garros Stadium,” reports Dwight Perry of the Seattle Times. “In other words, plenty of good seats not available.”

Cafe 3.440 is a restaurant located 3,400 metres above sea level at a ski resort in the Austrian Alps. As RJ Currie of SportsDeke.com notes: “Great food but not much atmosphere.”

One more from Currie: “A Scrabble player was once kicked out of the U.S. national championship for hiding wild-card tiles. When asked to explain himself, he drew a blank.”

CB A.J. Terrell of the Atlanta Falcons didn’t play on Sunday against the visiting Chicago Bears after a test he took Friday morning came up positive. Terrell was the Falcons’ first-round selection in the NFL’s 2020 draft. He was placed on the COVID-19 reserve list on Saturday, becoming the first NFL player to go on that list during the season. . . .

The MLS postponed a Sunday game between visiting Sporting Kansas City and Colorado after the Rapids had a player and three staff members test positive. This is the first MLS game to be postponed because of positive tests since the teams returned from their bubble tournament in Florida. . . . As well, defender Nick Hagglund of FC Cincinnati has said he tested positive and is self-isolating. . . . Cincinnati went ahead with its Saturday game, which it lost 4-0 to host New York City FC. . . .

Things would appear to be on the precipice in parts of North Dakota where school sports look to be under siege from COVID-19. There’s more right here from the always thorough and reliable Brad Elliott Schlossman of the Grand Forks Herald. . . .

DB Jevon Holland of the Oregon Ducks, a likely first-round NFL draft pick, announced Saturday that is opting out of the Pac-12’s 2020 season. . . . Oregon lost cornerbacks Deommodore Lenoir and Thomas Graham Jr., both of them making the decision to opt out when it appeared that there wouldn’t be a season. . . . Oregon LT Penei Sewell, perhaps the NCAA’s top offensive lineman, also has chosen not to play this season. . . .

Georgia State was to have played a football game at the Charlotte 49ers on Saturday. But the game was postponed on Friday after the Panthers reported positives tests. On Sunday, Georgia State said it all was a mistake. . . . From a school news release: “The positive COVID tests that caused Georgia State to postpone Saturday’s scheduled game at Charlotte turned out to be the result of errors in reading the test results.”

Adrian Sakundiak, a former SJHL sniper, died at his home in Calgary on Sept. 20. Sakundiak, who had battled brain cancer, was 54. . . . A native of Springside, Sask., he had one assist in five games with the Saskatoon Blades in 1983-84. . . . In 1985-86, with the SJHL’s Estevan Bruins, Sakundiak put up a remarkable 155 points, including 81 goals, in 60 games. In 121 games with the Bruins, he totalled 120 goals and 121 assists. . . . He also had 22 goals and 33 assists in 58 games with the Yorkton Terriers in 1983-84. . . . Sakundiak went on to the U of Saskatchewan after his junior A career was over, playing for the Huskies while earning a Bachelor of Arts in Economics, a Bachelor of Commerce in Health Care Management, and an MBA in Business Strategy. . . . There is an obituary right here.

Carter Brooks of gameonhockey.ca reported Saturday that the MJHL’s Virden Oil Capitals have signed a pair of WHL prospects, including F Connor Geekie, who was the second overall selection in the WHL’s 2019 bantam draft. Geekie, from Strathclair, Man., had 18 goals and 35 assists in 26 games with the U-18 Yellowhead Chiefs last season. . . . Virden also signed F Braeden Lewis, a sixth-round pick by the Swift Current Broncos in the WHL’s 2018 bantam draft. Lewis was the captain of the U-18 Southwest Cougars last season, while he scored 20 goals and added 44 assists in 46 games. . . . The MJHL is planning on opening its regular season on Oct. 9. Both players are expected to leave the Oil Capitals in mid-November as the WHL teams prepare for what they hope will be a Dec. 4 opening.