We're gonna be in for three years of extraordinary pre-draft highlights from this guy. https://t.co/FZmxUg1OSJ

F Connor Bedard, who turned 15 on July 17, is expected to play for the Regina

Pats when/if a WHL season gets started in January. In the meantime, he’s playing for HV71, which is based in Jönköping, in Sweden’s U-20 league. Bedard played his first game in Sweden on Wednesday, going pointless in a 2-1 loss to Färjestad. . . .

Dave Struch, the Pats’ head coach and assistant general manager, told Taking Note that they released Bedard to HV71 “with the understanding that he will be back to us when we get going.”

The WHL has said it will open its regular season on Jan. 8.

“We have been in regular communication with Connor, his agent (Newport Sports Management) and HV71,” Struch said. “We have built a good relationship that we hope will benefit Connor’s development.”

Bedard was granted exceptional status that allows him to play regularly with the Pats at 15 years of age. He is the first WHL player to be given such status. Following that declaration, the Pats selected him with the first overall pick of the 2020 bantam draft, then signed him to a contract.

one head coach. Mitch Love of the Saskatoon Blades is about 14 weeks removed from having a hip replaced. “The hip is coming along. Sure glad I did it this offseason,” Love, 36, told Taking Note on Wednesday night. Love, who is preparing for his third season as the Blades’ head coach, has been on skates once since the surgery. But, as he said, “I’ll be active on it soon enough.” . . . Love also is an assistant coach with Canada’s national junior team, as is Michael Dyck, the head coach of the Vancouver Giants. André Tourigny, the head coach of the OHL’s Ottawa 67’s, is Canada’s head coach. 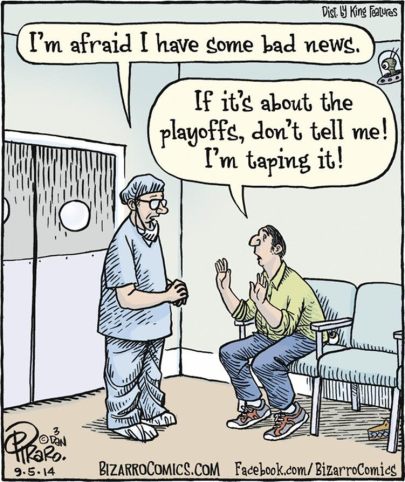 Dennis Beyak says it will be great to get back to work.

Beyak, one of TSN’s hockey play-by-play voices, will be spending part of

December and January in an Edmonton bubble working the 2021 World Junior Championship.

The fun gets underway on Dec. 20 as TSN televises two exhibition games to kickoff a 10-game pre-tournament schedule. That will include a pair of Canadian games — versus Sweden on Dec. 21 and Russia on Dec. 23 — and two featuring Team USA — vs. Switzerland on Dec. 20 and Finland on Dec. 22.

The 10-team tournament starts for real on Dec. 25, one day earlier than it normally would. This is because all games will be played on the same ice surface ice surface. In order to accomplish, the schedule includes four days with three games each and two with four, including Jan. 2 when all four quarterfinals will be featured.

Beyak and Gord Miller, as usual, will handle play-by-play duties. Miller, of course, gets lots of exposure, but Beyak, who is the TV voice of the Winnipeg Jets, is one of hockey’s best play-by-play secrets. Beyak did 60 TV games for the Jets last season; he hasn’t worked since March 12 when the Jets beat the host Edmonton Oilers, 4-2.

BTW, if you’re a veteran WHL follower you may remember Beyak as the play-by-play voice of the Flin Flon Bombers and later the Saskatoon Blades and Victoria Cougars. He also worked as the Blades’ assistant general manager and even did stints as the general manager of the Seattle Thunderbirds and Tri-City Americans.

F Keegan Kolesar played four seasons (2013-17) with the WHL’s Seattle Thunderbirds, and now is with the NHL’s Vegas Golden Knights. In fact, he was with them in the Edmonton bubble as they skated in the NHL playoffs, and he signed a one-year, two-way contract earlier this week. . . . But while Kolesar was with the Golden Knights, his father, Charles Peterson, died after a battle with the coronavirus. A former pro baseball player who had turned to scouting, he was 46. . . . Carter Brooks of fullpresshockey.com has that story right here. 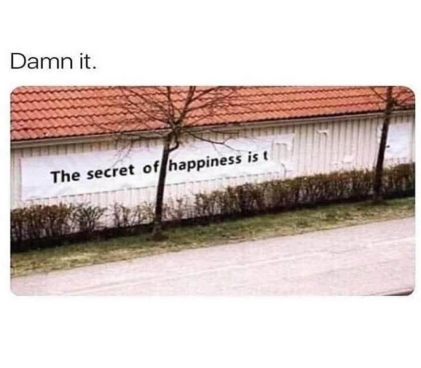 The BCHL’s Wenatchee Wild will scrimmage twice in Coeur d’Alene, Idaho, this

week, on Thursday and Friday, and then again on Nov. 6 and 7, and Nov. 13 and 14. At the moment, at least eight WHLers are scheduled to participate — F Bear Hughes and F Erik Atchison of the Spokane Chiefs; F Mekai Sanders of the Seattle Thunderbirds; G James Porter Jr., who has played with the Kelowna Rockets and Spokane; D Luke Gallagher, who played with the Chiefs but is ticketed to the Wild this season; F Jack Lambert, who played four games with the Everett Silvertips last season; F Sal Collora, who got into five games with the Lethbridge Hurricanes last season; and Everett G Braden Holt. . . . The Wild are taking their show to Idaho for scrimmages because Washington state health regulations at the moment don’t allow 5-on-5 games with contact.

Some headlines from Wednesday:

Global News: For the first time, B.C. has recorded more than 200 cases of COVID-19 in a single day.

CBC News: Alberta broke two COVID-19 records on Wednesday, for the most new cases in a single day, 406, and for the most active cases.

The school board in Kennewick, Wash., the home of the WHL’s Tri-City Americans, voted 3-2 on Wednesday to delay the start of middle and high school in-person learning until Feb. 2. The original plan was to have had hybrid learning — a mix of online and in class — begin on Nov. 2. The school district has had 16 positives since Aug. 26. . . .

The Canadian Collegiate Athletic Association (CCAA) has cancelled all of its winter championships. From a news release: “The decision was made in response to the sport restrictions that are in place across the country, the variety of provincial health restrictions CCAA hosts were facing and the limitations effecting travel of teams across the country.” . . . The decision impacts badminton, men’s and women’s volleyball, and men’s and women’s basketball. . . . The curling championships were cancelled in September, while the CCAA cancelled golf, men’s and women’s soccer and cross-country in June. . . .

Michigan health officials have issued a “stay-at-home” order for the U of Michigan’s Ann Arbor campus. This order comes after the county in which the school is located experienced hundreds of new cases, including on campus, and contact tracing showed that students are ignoring restrictions. . . . So the students have been told to leave the campus or stay in residence unless they have an essential reason to go outside. . . . You won’t be surprised to learn that none of this applies to the Wolverines football team. . . . As Dustin Foote of Deadspin wrote: “If there is any silver lining to college sports in a pandemic, it’s that COVID-19 has revealed the rot of amateurism. There are different rules for ‘amateur’ athletes who generate money for the university versus the majority of students who do not.” . . . The Big Ten is to return to football action this weekend, and the Wolverines are to play at Minnesota on Saturday night.

As a hockey player Mandi Schwartz 23, passed away from acute myeloid leukaemia in 2011 when she couldn’t find a stem cell donor match. Each yr hundreds of patients in 🇨🇦 need a #stemcell transplant to save their life. Check out @hkygivesblood @CanadasLifeline to find out more pic.twitter.com/ihhOLOrCqj

JUST NOTES: Cameron Hope, who was the general manager of the WHL’s Victoria Royals for eight seasons (2012-20), has joined BC Hockey as its new chief executive officer. He replaces Barry Petrachenko, who, after 20 years with BC Hockey, was dismissed in April. . . . Enrico Ciccone, an enforcer in his hockey-playing days, now is a Liberal MNA in the Montreal riding of Marquette. As the opposition critic for sports, recreation and healthy lifestyles, he has presented a bill calling for the prohibition of fighting in sports, including hockey, for those under the age of 18. “Of course some people will say ‘look at this guy, he’s a hypocrite. He made a bunch of money and now he wants to change things,’ ” Ciccone told the Montreal Gazette’s Herb Zurkowsky. “Of course I do. And I’m probably the best guy to do it. I’ll raise that flag for the safety of our kids, any time of the day. I don’t care.” Zurkowsky’s story is right here.

In 1991, Andre Dawson was called out looking by Cowboy Joe West and then ejected for arguing the call. He was fined $500 by the National League and paid it via check with the memo line filled out “Donation for the blind.” True story. I love Andre Dawson. pic.twitter.com/ngGRCYHYDO