G Dustin Wolf of the Everett Silvertips put up his third straight shutout on Wednesday night, stopping 30 shots in a 3-0 victory over the visiting Tri-City 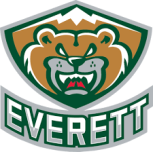 The Brandon Wheat Kings were without D Braden Schneider as they dumped the Moose Jaw Warriors 8-2 in the Regina hub. Schneider was injured in the second period of a 6-4 loss to the Saskatoon Blades when his right knee appeared to get twisted underneath him in a collision. Last night, the Wheat Kings, who were 5-for-7 on the PP, got two goals and an assist from F Jake Chiasson, a goal and two helpers from F Nate Danielson, and three assists from each of F Ridly Greig and D Rylan Thiessen. . . . The New York Rangers selected Schneider with the 19th overall pick of the NHL’s 2020 draft. They have signed him to an NHL contract. . . .

Tim Peel, the former NHL referee, really didn’t give the league any choice when he spoke out loud without realizing his mic was live.

After saying what he said, the NHL, I suppose, had no choice but to bring a

premature end to his career.

But I would suggest that the NHL really over-reacted.

Peel, who worked more than 1,400 regular-season and playoff games during his NHL career, was doing a game between the Detroit Red Wings and host Nashville Predators on Tuesday night. Early on, with his mic live, he uttered these words: “It wasn’t much, but I wanted to get a f—— penalty against Nashville early in the . . .“ The mic got cut off at that point, so the rest of the sentence went unheard.

Just before that, Peel had given F Viktor Arvidsson of the Predators a minor penalty for tripping.

So the guy said the quiet part out loud. What’s the big deal? And don’t try to tell me that this is about gambling or the integrity of the game. After all, this is a league that hides player injuries more than any of the other big four sports. This is a league that doesn’t put any pressure on a coach to name his starting goaltender. So let’s forget the gambling/integrity part of it.

Simply put, this was a case of the NHL over-reacting.

Peel, 54, was scheduled to work his last game on April 24, after which he planned to skate off into the sunset.

So why couldn’t the NHL bring him in behind closed doors, slap him on the wrist, tell him to take a few days off, like maybe three weeks, and then have him work that final game?

What would have been the harm in that?

Instead, the NHL chose to scapegoat a veteran referee, and for what?

Because if you think Peel’s misstep is going to result in a change to the way NHL games are officiated, well, that’s just not going to happen.

Referees will continue to watch defencemen cross-check forwards into submission in the defensive zone, and the standard of officiating will change in the playoffs.

Besides . . . if it wasn’t like that what would we have to complain about?

#tblightning veteran Pat Maroon says he feels for Tim Peel in this situation: “I believe people deserve a second chance. Just a mistake. I’m sure a lot of refs, a lot of people have done that, but hadn’t been caught on mics. I feel bad for Timmy. Hope they give him one last game”

There was an interesting goaltending matchup in the NHL on Wednesday night as the Pittsburgh Penguins dumped the visiting Buffalo Sabres, 5-2. Tristan Jarry, who earned the victory, backstopped the WHL’s Edmonton Oil Kings to the 2014 Memorial Cup title; Dustin Tokarski, who was in goal for the Sabres, won the 2008 Memorial Cup with the Spokane Chiefs. . . . According to Jay Stewart (@jaystewie), the Chiefs’ vice-president of business operations: “From what I can tell, this is the first time since Feb. 13, 2002, that goaltenders who won Memorial Cups in the WHL played in the same NHL game.” Stewart’s research shows that Trevor Kidd, who won with Spokane in 1998, played for the Florida Panthers against Steve Passmore and the Chicago Blackhawks. Passmore won the 1994 Memorial Cup with the Kamloops Blazers.

There always are a lot of good stories in and around a hockey season. I don’t think there was a better story to the WHL’s 2016-17 season than G Carl Stankowski, then of the Seattle Thunderbirds. . . . Back then, the Calgary native was a 16-year-old freshman who got into only seven regular-season games. But then G Rylan Toth, 20, was injured. Toth had played in 58 games, going 36-18-1, so there wasn’t any doubt about who was No. 1. But now he couldn’t answer the bell and the torch was passed — GULP! — to Stankowski. All the kid did was go 16-2-2, 2.50, .911 in leading the Thunderbirds to the WHL championship. . . . Since then, he has dealt with some serious health issues that he now hopes he has learned to handle as he plays with the Winnipeg Ice in the Regina hub. . . . Rob Vanstone of the Regina Leader-Post caught up with Stankowski this week and his column is right here.

Seattle-born Brendan Lee of the Everett Silvertips is a rare junior hockey player of Chinese descent. He hopes to use his platform to project a positive image of Asian Americans amid concerns about anti-Asian violence and harassment https://t.co/RUnCaPqwqr #asianhate #NHL #WHL 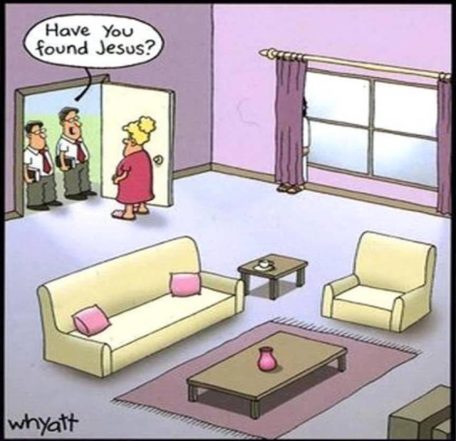 Imagine today’s goalies handling the puck out to center like Cheevers seemed to do regularly back in the day.. ¯_(ツ)_/¯

JUST NOTES: Kierra Lentz is the new director of marketing for the BCHL’s Salmon Arm Silverbacks. From Salmon Arm, she recently graduated with a diploma in broadcasting from SAIT in Calgary. . . . The AJHL’s Okotoks Oilers have named Tyler King as their assistant general manager of business operations. According to a news release, King “will oversee the Oilers’ day-to-day off-ice operations, reporting to the organization’s board of directors as well as head coach and general manager Tyler Deis.” He was the Brooks Bandits’ business manager from 2017-19, during which time they play host to the 2019 national junior A championship. He also spent 14 months with Hockey Canada as logistics manager for the 2021 IIHF World Junior Championship that was held in the Edmonton bubble.