Ice Cube, the actor and not the thing at the bottom of your glass of Chivas, bailed on a movie project the other day. He chose not to get vaccinated so really didn’t have any choice. Not taking the inoculation cost him US$9 million. As Mike Lupica of the New York Daily News tweeted: “He can shoot hoops with Kyrie.”

Another sign the apocalypse is upon us: TMZ reported that “PETA is urging MLB to stop using the term ‘bullpen’ to describe the place where pitchers warm up.” . . . Seriously. The good folks at PETA must have been having a slow Thursday. Apparently, they issued a news release suggesting a change to “arm barn.” 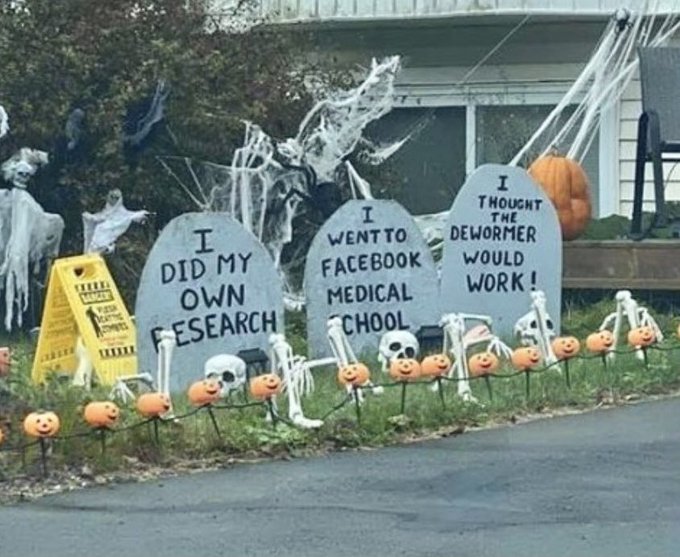 “PETA wants baseball to stop using the term ‘bullpen,’ saying it is a holding place for cattle about to be butchered and no place for pitchers,” notes Dwight Perry of the Seattle Times. “But still passing muster, for now: ducks on the pond, dying quail, gopher ball and dog days of summer.”

One more from Perry: “The Braves’ Ozzie Albies won Americans free tacos when he stole second base in the first inning of Game 1 of the World Series. How come Jorge Soler’s homer that same inning didn’t earn us free tater tots?”

One more headline from @TheOnion: Texas School Censors All Of ‘Huck Finn’ Except The N-Words.

I saw two numbers this week that about knocked me out of the recliner, and I don’t know which one was more shocking. . . . First, The New York Times reported that Roger Goodell, the NFL commissioner, “made $128 million the last two fiscal years.” . . . And then I saw this headline on Entertainment Weekly’s website: “Here’s when all 136 new Christmas movies will premiere.” . . . OK . . . 136 “new” Christmas movies wins. I’m old enough to remember when there were about six Christmas movies out there. A Charlie Brown Christmas. Miracle on 34th Street. Home Alone. It’s A Wonderful Life. Love Actually. National Lampoon’s Christmas Vacation. . . . Better make it seven because we can’t leave Die Hard off the list. . . . And now we get 136 new ones in a single year. Yikes! . . . BTW, if you aren’t aware, the Christmas movies have been available on your TV since Oct. 22. Enjoy!

There were nine WHL games on Saturday night. The Winnipeg Ice responded

rather well after having suffered their first loss of the season one night earlier . . .

In Prince George, F Matthew Seminoff had a goal and two assists to lead the Kamloops Blazers to a 4-1 victory over the Cougars. . . . Seminoff, who has four goals, had scored twice on Friday in a 7-1 victory over the visiting Victoria Royals. . . . The Blazers (8-1-0) have won four straight. . . . The Cougars (5-4-0) had won their previous five games, all against the Royals. . . .

When last we checked in with the ECHL’s Newfoundland Growlers, the City of St. John’s had punted them from Mile One, their home arena that actually now is Mary Brown’s Centre, and they were headed for Toronto. The Maple Leafs’ ECHL affiliate was going to play its first six home games in the Coca-Cola Centre. . . . But wait! . . . Now comes word that the Growlers aren’t going to leave The Rock. Instead, they will play at least their first six home games at the Conception Bay South Arena in, yes, Conception Bay South.

JUST NOTES: The San Jose Sharks put head coach Bob Boughner and seven players into COVID-19 protocol on Saturday. The players are F Andrew Cogliano, F Jonathan Dahlen, D Erik Karlsson, D Jake Middleton, F Matt Nieto, D Radim Simek and D Marc-Edouard Vlasic. F Noah Grego of the AHL’s San Jose Barracuda also went into protocol. . . . The Tennessee Titans will be without defensive assistant coach Jim Schwartz when they meet the Indianapolis Colts today due to COVID-19 protocols. . . . G Dryden McKay set an NCAA record for career shutouts on Saturday as the Minnesota State Mavericks’ 7-0 victory over the Northern Michigan Wildcats. That was McKay’s 27th career shutout and broke the record he had shared with Ryan Miller, who played 106 games over three seasons (1999-2002) at Michigan State. McKay has played in 105 games for the Mavericks over three-plus seasons. He has three shutouts in eight games this season.