Sheesh, a guy steps away from the keyboard for a day or two and, well, let’s review . . .

Theo Fleury surfaced on Fox-TV on Tuesday night, telling an audience of a gazillion Trumpsters that the convoy of Canadian truck drivers — with time on their hands and apparently having somehow lost their freedoms — that started last weekend will bring 1.4 million people to Ottawa in about 50,000 trucks. . . . Uhh, that’s 28 people per truck. . . . He also told the Trumpsters that those same truckers are “going to stay there until (Prime Minister Justin) Trudeau resigns or they give us back all of our freedoms and rights.” . . . . Prior to hearing about this, I wasn’t aware that Fleury, with C.W. McCall apparently unavailable, had become Fox’s Trucking Convoy Insider, kind of like Darren Dreger is a TSN Hockey Insider. . . . BTW, a respected citizen of our land who has followed Fleury’s behaviour for a lot of years, recently told Taking Note: “It started a few years ago and it’s all been downhill since then.” . . .

So they take the poor, damaged, indelibly stupid wreck that is Theo Fleury and trot him out as a spokesperson for this absurd convoy. It would make any thinking person furious if it weren't so damned pathetic. That poor man.

Also this week came news that there were a lot of grocery stores out there with empty shelves. Except that search parties sent out in search of same weren’t able to find them. Not in big box stores. Not in the chain grocery stores. Not in the neighbourhood grocery marts. . . . That didn’t stop members of the official opposition at the federal level, the CPC, from hitting up social media to tell us about these food shortages. One of them tweeted a photo showing a woman looking at empty shelves as though it was a regular occurrence in Canada. Except that Internet sleuths found out the photo actually was from London, England, and was a ‘stock’ photo, meaning you and I are able to purchase and use it. If you looked closely, the price tags that were visible were in Euros. . . . Geez, they don’t even try to fib a little bit now; it’s just blatantly lie to us without even thinking twice about it. . . .

Here in Kamloops, my wife and I were in a grocery store on Monday and the only thing we couldn’t find was canned mushrooms. Of course, we live in B.C., so it could be that people are smoking them, or whatever they do with those things out here, so there has been a run on them. . . .

And then there’s Creston, B.C., where the goofballs were out in force on Saturday night. As Kelsey Yates of the Creston Valley Advance reported: “Five people have been charged with mischief after barging into a Creston Valley Thunder Cats game without masks and encouraging others to come inside. . . . the five men ignored security at the Creston and District Community Complex (CDCC) without showing vaccine passports or tickets to the hockey game. Once inside the Johnny Bucyk Arena, the men started opening locked doors of the building to let in other trespassers from outside.” Yates’s complete story is right here.

The past couple of days have shown that (a) social media, and Twitter in particular, just gets loonier and loonier, and (b) this pandemic isn’t going away anytime soon. . . . So get triple-vaxxed, mask up, wash your hands and try to stay safe.

Let’s drop in to Saskatoon and see how Colin Priestner, the general manager of the WHL’s Blades is doing.

I shall emerge from this children’s bunker in 5 days either the World Champion of Online Poker or an acclaimed expert in Peppa Pig literature. Or both. Send chicken wings, foreign TV recommendations and Aus Open predictions. pic.twitter.com/6hrRRDzvB9

There was something of a reprieve on Tuesday, when he tweeted: “This Just In: the PCR lab I got the COVID test at called and said due to a lab error . . . the result was misidentified as positive! I just have a regular boring chest cold! The tech (who felt terrible) said he basically screwed up and entered the result wrong. All is forgiven!”

But then came Wednesday morning . . .

… and back to isolation. Rapid test positive. This is one bizarre week. #BellLetsTalk pic.twitter.com/7bxE22LEht

On Monday, the WHL shut down the Blades and postponed two of their games because of their inability to ice a team due to having nine players in COVID-19 protocols. The Blades were to have gone into Alberta and played the Medicine Hat Tigers on Tuesday and the Lethbridge Hurricanes on Wednesday. . . . On Wednesday, the WHL postponed Friday’s game that was to have had the Blades playing host to the Brandon Wheat Kings. . . . As of Wednesday night, Brandon’s game in Saskatoon on Sunday was still on the schedule. . . .

Also on Monday, the Wheat Kings and Kelowna Rockets were cleared to return to team activities. . . . And the WHL also has announced new dates for some reschedule games. So, again, check your favourite team’s schedule for updates.

While the WHL hasn’t given any indication that it is looking at extending its schedule past what now is the final day (April 3), the OHL may end up doing just that. Josh Brown of the Kitchener Record reported on Wednesday that David Branch, the OHL commissioner, said “all options are on the table,” including running its 68-game regular season past what now is an April 3 closing date and lobbying to have the Memorial Cup schedule changed. The Memorial Cup is to held in Saint John, N.B., opening on June 4 and closing on June 13. . . . Gilles Courteau, the QMJHL’s commissioner, told Global News last week that his league also is prepared to extend its season and “we’re even prepared to modify our playoff format. We’re even looking at the possibility of pushing back the start of the Memorial Cup a week or two later.” 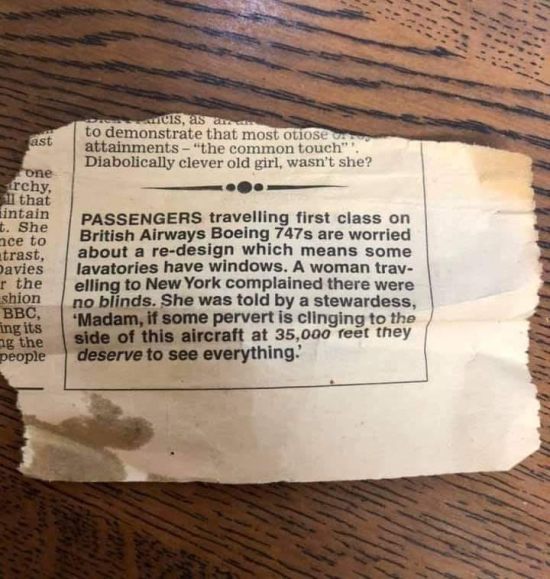 JUNIOR JOTTINGS: There was a real WHL touch to an NHL game in Seattle on Tuesday night as the Kraken entertained the Nashville Predators. The linesmen were Ryan Gibbons and Travis Toomey, both of whom are former WHL players. Gibbons, 37, played five season (2001-06) with the Seattle Thunderbirds; Toomey, 31, was with the Saskatoon Blades for three seasons (2007-10) and the Thunderbirds for 2010-11. . . . Patrick McNeil, the play-by-play voice and communication co-ordinator for the QMJHL’s Cape Breton Eagles, points out via Twitter: “When Quebec moves to next phase on Feb. 7, maximum attendance would be 500 people. Previous indication was that league wouldn’t resume with less than 50 per cent capacity.” In the meantime, the three QMJHL teams from New Brunswick are planning to set up mini-training camps in Quebec centres to prepare for a return to play. The Acadie-Bathurst Titan will be in Carleton-su-mer, the Saint John Sea Dogs are going to set up shop in Rivière-du-Loup, and the Moncton Wildcats will go to Quebec City. The QMJHL has been paused since Dec. 18 and hopes to resume play on Feb. 1. . . . The junior A BCHL has chosen to extend its regular season by one week, allowing it to get in games that were postponed from earlier in the season. So rather than wrapping up on March 20, the regular season now will finish on March 27, with playoffs to begin on April 1. Barring further change, of course.

The Firebirds will serve as @TheAHL affiliate of the @SeattleKraken beginning in the 2022-23 season. pic.twitter.com/1v14gxCYkN

Pat Siedlecki, a former play-by-play voice of the Lethbridge Hurricanes has left radio station CJOC. His last day there was on Wednesday. In a Jan. 21 tweet, Siedlecki wrote: “After 15 years at CJOC and now 25 years in radio, I’m leaving for a new career in the funeral industry.” Most recently, he was the station’s news director.

Thank you to my soon-to-be former radio family for the wonderful surprise cake on my last day at CJOC. I will miss you all! And it was tasty as hell!! #yql #lastday 🎙 pic.twitter.com/FzFEaikqdu

One of my weekly reads comes from Jeff Pearlman (pearlman.Substack.com), the author of a number of books, including the terrific The Bad Guys Won, which was subtitled A Season of Brawling, Boozing, Bimbo-chasing and Championship Baseball with Straw, Doc, Mookie, Nails, The Kid, and the Rest of the 1986 Mets, the Rowdiest Team Ever to Put on a New York Uniform — and Maybe the Best. . . . Anyway, here’s Pearlman’s take on the Baseball Hall of Fame voting that was announced on Tuesday and, yes, I happen to agree with him:

“For the first time, I’m supporting Barry Bonds, Roger Clemens, Sammy Sosa and Mark McGwire’s Hall of Fame candidacies (although they’re all DOA). This comes after my fellow writers voted to elect David Ortiz, a clear-cut juicer whose smile and warmth won over the crowd. There’s simply no longer a justification to keep other cheaters out. I know Bonds was a jerk, but if we’ve decided to overlook PED usage, he has to be in well before Ortiz. So, for that matter, do Clemens, Sosa and McGwire. Oy. What a mess — and what a disgraceful showing.”

BTW, Pearlman also wrote Three-Ring Circus: Kobe, Shaq, Phil, and the Crazy Years of the Lakers Dynasty. . . . I haven’t yet read it, but it is on the list. . . . And if you haven’t read Pearlman’s Football for a Buck: The Crazy Rise and Crazier Demise of the USFL, well, you’re cheating yourself. Yeah, a guy named Trump took down that version of the USFL. 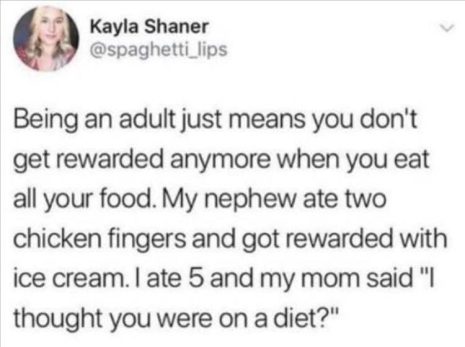 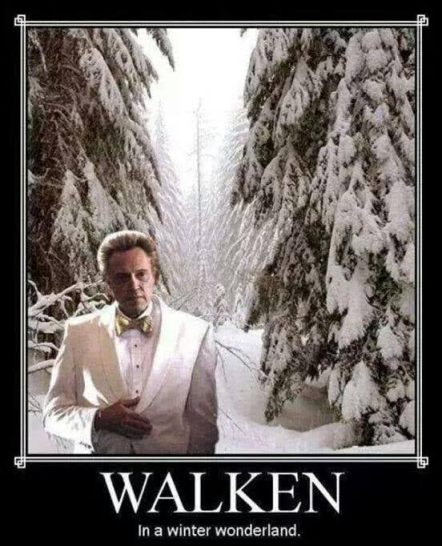