Jack Finarelli, aka The Sports Curmudgeon, is a reader of newspapers, columnists, surveys, reports and so much more.

Earlier this week, he provided a bit from a column by Bob Molinaro of the Hampton Roads Virginian-Pilot:

“Our kids need more coaches who can create enjoyable athletic environments. So says a Utah State University study that reports that the average child today spends fewer than three years playing organized sports and quits by age 11. Financial issues also chase them away. But mostly, the kids say they aren’t having fun.”

“That made me think of the old Laurel and Hardy films because that is an example of ‘another fine mess.’ Kids are not having fun playing sports to the point that they stop playing when they are only 11 years old and that must be caused by something other than the games themselves. After all, the sports we are generally talking about here (baseball, football, basketball, soccer, tennis . . .) have all existed for a long time, and all of them used to command healthy and enthusiastic participation beyond age 11.”

He then did a deeper dive and what he came up with is interesting and right here.

The Sports Curmudgeon also had this take, and even though he lives in the U.S., I’m sure we all can relate:

“Even better would be for the Honest Ads Act to apply to all political ads — thereby rendering all of them illegal and keeping them off my TV set and my Internet sites. My life would be a lot better with the enforcement of that law!”

If you know what this is, don’t forget to schedule your colonoscopy. pic.twitter.com/llvkG7Dgfh

“THE Ohio State University filed a trademark application for the word ‘THE’,” reports Dwight Perry of the Seattle Times. “Smokey THE Bear is livid.”

Here’s Tyler Conway of BleacherReport.com: “If you’ve lost count, the word ‘the’ has been used in this article 22 times. We’ll await the (whoops, 23) cease-and-desist letter.”

One more from Perry: “Mike Tyson said he consumes $40,000 worth of marijuana a month. Joe Frazier? Looks like they called the wrong one ‘Smokin’.”

You may have heard that the New York Yankees and Chicago White Sox are going to play a game next season on the Field of Dreams diamond near Dyersville, Iowa. As comedy writer Alex Kaseberg noted: “They were going to play at the park in The Natural, but the lights still aren’t working.”

ICYMI, Mike Mayock, the general manager of the San Francisco 49ers, told reporters on Sunday that it’s time for prima-donna wideout Antonio Brown “to be all-in or all-out.” . . . This comes after Brown didn’t practice on Sunday, having apparently left the team after taking part in a walk-through on Saturday. . . . If you haven’t heard, Brown wants to wear a 10-year-old helmet that no longer is certified by the NFL or the NFLPA. . . . One can only assume the 49ers aren’t shocked by Brown’s behaviour, or are they really wondering why Ben Roethlisberger and the Pittsburgh Steelers keep collapsing in fits of giggles? 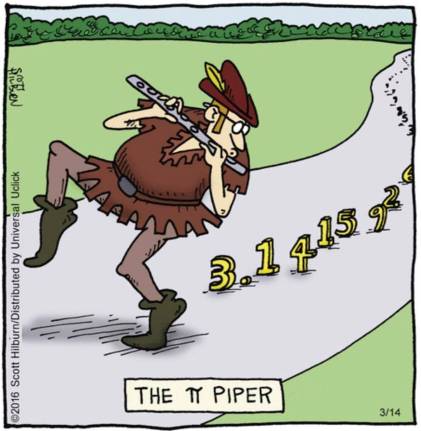 The 2019 Kamloops Kidney Walk is scheduled for Sept. 22. Dorothy Drinnan will be walking for a sixth straight year after having a kidney transplant on Sept. 23, 2013. . . . If you would like to support her, you are able to do so right here. . . . Thank you.

ICYMI, the latest ponderings from Patti Dawn Swansson, aka The River City Renegade, are right here. As usual, they are well worth the time, especially with a cuppa joe. Enjoy! . . . A couple of spoilers: She doesn’t want to see Kevin Glenn in blue and gold, and she drops back, then runs a check down on TSN’s Glen Suitor. Good stuff!

Pitcher Adrian Houser of the Milwaukee Brewers has thrown up twice this season on the mound at Miller Park. As Adam McCalvy of MLB.com noted: “Houser is a promising young hurler for the Brewers.”

If you are a fan of the New York Yankees, I really hate to be the one to break it to you, but you just don’t have the starting pitching necessary for an October run. Hey, there’s always next season!

Janice Hough, aka The Left Coast Sports Babe, wonders: “Does Trump want to buy Greenland because he thinks the ‘Green’ part has something to do with golf?”

Here’s Steve Simmons of the Toronto Sun with a valid point: “How have NHL stars been penalized by the league’s salary cap? Before the cap, 15 years ago, Peter Forsberg was the NHL’s highest paid player at $11 million a season. Now, it’s Connor McDavid at $12.5 million. That’s less than a one per cent increase per year increase for the sport’s greatest player. Over the same period of time, the value of the Maple Leafs as a franchise has gone from $265 million to $1.4 billion. Up more than 500 per cent. In other words, ownership wins once again.”

Ah, the modern state of the free press, according to Garry Trudeau. https://t.co/LLCYhD0H4u via @GoComics