Having lived just east of Kamloops — in Campbell Creek — since the spring of 2000, we have lived through smoky skies in past years. But we haven’t lived through anything like we are seeing these days, and there isn’t an end in sight.

How bad is it?

Where we live, visibility has been down to about one km for two or three days now. We have air-conditioning, thankfully, but it brings some smoke into the house, and our air-purifier has been working overtime. It signals air quality with a light that is blue (for clean), purple or red. We are seeing red rather frequently these days.

One map I saw on Tuesday showed eight fires burning within 20 or 30 km of Kamloops. The one that is sending so much of this smoke in the direction of Campbell Creek is the White Rock Lake fire, which is burning to the south of here. As of Wednesday evening, it was believed to be somewhere around 20,000 hectares in size (that’s 49,422 acres). It has shown extreme behaviour, preventing firefighters from really getting at it, and heavy smoke has prevented accurate mapping and a sustained air attack. As well, the plus-30 C temperatures and winds aren’t helping.

Meanwhile, the CFL’s B.C. Lions have been training in Kamloops, but they cut their stay short and headed for Surrey on Wednesday.

“The CFL team has cut short its training camp in Kamloops after cancelling practice for the second straight day because of air quality concerns. There are four separate large fires burning near the Interior city, blanketing the area with a layer of smoke that’s made it impossible to practise.”

The Lions open the season against the host Saskatchewan Roughriders on Aug. 6. The Roughriders are welcoming all fans, including the unvaccinated, to that game.

A couple of headlines, both from Wednesday:

CBC News — COVID-19 spreading faster in Alberta than during peak of 3rd wave.

QB Lamar Jackson of the NFL’s Baltimore Ravens tested positive for COVID-19 on Wednesday before the team’s first practice session of training camp. . . . From Jason La Confora of CBS Sports: “Jackson . . . has declined to offer his vaccination status in the past, but (head coach John) Harbaugh indicated he has taken multiple tests in the past week — many of them negative — which, given the NFL’s testing protocols, is indicative of a player who has not been vaccinated. Those players, when testing positive, are precluded from practicing for 10 days, which takes Baltimore up to the week of its first preseason game, Aug. 14 against New Orleans.” . . . Jackson also missed time last season after a positive test. At that time, he struggled with some of the symptoms.

ICYMI, Geoff Molson, the Montreal Canadiens’ owner, president and CEO, threw some gasoline on the blaze that was started when his team made F Logan Mailloux its first-round selection in the NHL draft on Friday.

Molson released an open letter that was posted on the team’s website, then held

a Zoom call for invited media members. Interestingly, the English-speaking Montreal Gazette was among those outlets not invited to participate.

“I understand that you expect more from us and we let you down,” Molson wrote. “The Montreal Canadiens are more than a hockey team. Logan’s actions do not reflect the values of our organization and I apologize for the pain this selection has caused.”

Except that the Canadiens made this kid their first-round selection after he tried to withdraw his name from the draft after being charged with invasion of privacy and defamation in a sex-related case in Sweden and paying a fine of about $1,700.

Molson chose to make his statement and hold the Zoom call as NHL teams were handing out bushels of cash to free-agent players. You don’t suppose that the Canadiens picked Wednesday afternoon knowing (hoping?) that their effort would got lost in all the transactions, do you? You know, like governments so often dump the bad news on us late on Friday afternoons?

Anyway . . . Molson needs to realize that despite what he says publicly this is what the Canadiens now stand for, and this does reflect the values of his organization.

Ken Campbell of Hockey Unfiltered says that it’s time for the Canadiens to stop with the lip service and for them to renounce the pick. That piece is right here.

The Minnesota Twins are having an abysmal season. How abysmal, you ask? . . . On Wednesday, the Twins entertained the Detroit Tigers. The Twins hit seven home runs; the Tigers didn’t hit any. . . . The Twins lost, 17-14. . . . That is the first time in MLB history that one team has outhomered the other team by seven and lost. . . . LHP J.A. Happ started for the Twins. He didn’t give up any homers — he has allowed 21 in 98 innings — but was touched for nine earned runs on 10 hits and four walks in three innings. The Twins are paying him $8 million on a one-year contract. . . . Each of the Detroit players who went to the plate in Wednesday’s game had at least one hit, one run and one RBI. According to ESPN Stats & Info, that’s the first time that has happened since the then-California Angels did it on Sept. 14, 1978.

Charlie Hodge would have been 88 today. The Stanley Cup and two time Vezina Trophy winner would finish his long and successful NHL career as a goalie for Vancouver in their first NHL season (died Apr '16). #Canucks pic.twitter.com/85jiMpPdUY

You will recall that the Washington Senators pulled SS Trea Turner during the first inning of a Tuesday night game with the Phillies in Philadelphia because of a positive test. Well, Wednesday’s game didn’t even get to the first inning. It was postponed with the Nationals now having at least 12 positive tests, four of them players. . . . The majority reportedly were fully vaccinated, with a number of them having been given the one-shot Johnson & Johnson vaccine. . . . They will try to get in a doubleheader today (Thursday). Presumably, the Nationals will be bringing in a few players.

least it did in the KHL where Admiral Vladivostok scored a 4-3 shootout victory over Dinamo Minsk in an exhibition game. . . . It was return to the KHL for the winners, who sat out last season after, as Andy Potts wrote at en.khl,ru, “local authorities diverted funds away from the sport to help fight the pandemic.” . . . D Sergei Sapego, who played two seasons in the WHL, made his debut with Dinamo Minsk. Sapego started his WHL stint with three games with the Tri-City Americans to start the 2017-18 season. He finished that season by playing 41 games with the Prince Albert Raiders, whom he helped to a WHL title in the spring of 2019.

The Washington Post — Analysis: People are more anti-vaccine if they get their covid news from Facebook than from Fox News, data shows.

BREAKING: @Facebook to require all US employees to be vaccinated before coming to work. pic.twitter.com/qqVbrsktEz

The NCAA has granted eligibility to F Austen Swankler, who had 18 goals and 27 assists in 59 games with the OHL’s Erie Otters in 2019-20, and has committed to the Bowling Green U Falcons. With the OHL not playing in 2020-21 because of the pandemic, Swankler sat out. . . . Swankler, from North Huntington, Penn., will turn 20 on Aug. 21. . . . USCHO.com reported that “according to a CCHA news release, Swankler and his family applied directly to the NCAA for eligibility prior to expressing interest to the Falcons.”

FOR ALL WHO READ I GOT COVID…I'm fully vaccinated so my symptoms were minor. Advil and Sudafed totally managed them. Didn't miss a beat business wise (did 10 interviews on first day I got it). All symptoms gone in three days. I feel totally fine now. GET THE DAMN VACCINATION!

JUST NOTES: Ashley Chase is the new director of operations and play-by-play voice of the NAHL’s St. Cloud Norsemen. From the team’s news release: “Chase becomes the first female team play-by-play broadcaster across junior hockey in the United States, including the North American Hockey League (NAHL).” 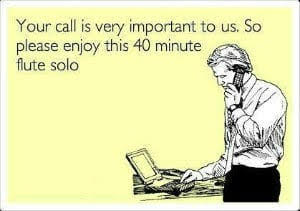