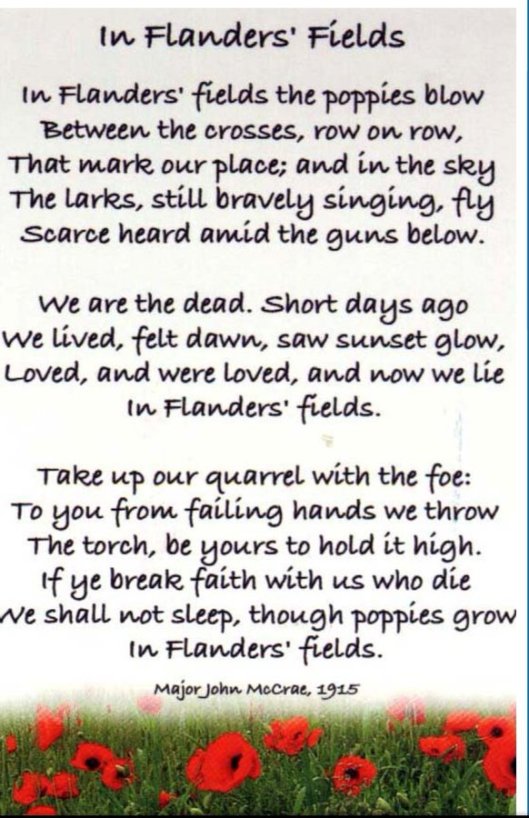 It took until this week but the COVID-19 virus has found the WHL.

The league now has postponed three games involving the Spokane Chiefs, who had two players test positive this week. 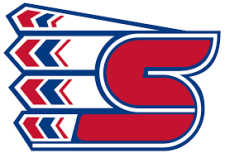 The Chiefs were to have played the host Everett Silvertips on Wednesday night and then travel to Victoria for Friday and Saturday dates with the Royals. Those games are expected to be rescheduled.

The two Chiefs players who tested positive, according to the WHL, “are fully vaccinated in accordance with the WHL mandatory vaccination policy.”

The Chiefs have halted all team activities, including practices and off-ice training “pending further test results.”

Under the WHL’s protocols, it requires that “all roster players, hockey operations staff, and other team and league office personnel be fully vaccinated with a Health Canada approved vaccine.” At the same time, the WHL “strongly recommended to each of its teams that players reside in billet households in which all eligible individuals are fully vaccinated.”

Spokane last played Friday and Saturday, losing twice to the visiting Silvertips — 5-4 and then 2-1 in OT — but according to the WHL “there are no other WHL clubs considered high-risk close contacts.”

On Thursday, the Chiefs, with five forwards on the WHL injury list, acquired F Carter Streek, 17, from the Saskatoon Blades for a seventh-round selection in the 2022 draft. Streek, from Kamloops, was a fourth-round pick by the Portland Winterhawks in the 2019 draft. He is pointless in 21 career games, six of them this season, all with the Blades.

The Chiefs are listing F Reed Jacobson as being out month-to-month, with F Erik Atchison, F Grady Lane and F Michael Cicek all week-to-week. F Bear Hughes and D Graham Sward are shown as day-to-day.

THE RICH GET RICHER: The NHL’s St. Louis Blues returned F Jake Neighbours, 19, to the Edmonton Oil Kings on Wednesday. He had one goal and one assist in

nine regular-season games with the Blues. Yes, a 10th game would have kicked his three-year contract into gear. . . . He is expected to be in Edmonton’s lineup tonight against the host Regina Pats. . . . Neighbours, who was selected by the Blues with the 26th pick of the NHL’s 2020 draft, had 70 points, including 23 goals, in 64 games in 2019-20. In the 2021 development season, he put up nine goals and 24 assists in 19 games. . . . The Oil Kings were No. 5 in the CHL’s latest weekly rankings, behind the Winnipeg Ice (1), London Knights (2), Kamloops Blazers (3) and Everett Silvertips (4). Yes, WHL teams occupied four of the top five slots and the Seattle Thunderbirds showed up at No. 9. 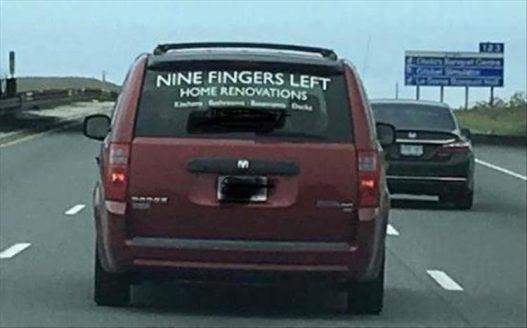 POSTPONE A GAME? NOT YET: While the WHL was dealing with two positive tests on the Spokane Chiefs’ roster, the NHL’s Ottawa Senators found

themselves with nine players and a coach on the COVID-19 protocol list. . . . D Josh Brown was added to the list on Wednesday, joining F Connor Brown, F Dylan Gambrell, D Nick Holden, D Victor Mete and F Austin Watson. As well, associate coach Jack Capuano tested positive and went into isolation. . . . Then, on Thursday morning, Ottawa had to add G Matt Murray and F Alex Formenton to the list. And on Friday afternoon they put D Nikita Zaitsev on the list. . . . If you were wondering how many players would have to be on a team’s protocol list for the NHL to postpone a game, it would seem that nine isn’t the answer. The Senators met the visiting Los Angeles Kings on Thursday night. . . . After Zaitsev was added to the list, the Senators recalled Finnish D Lassi Thomson from AHL-Belleville and he made his NHL debut in what was a 2-0 loss to the Kings. Thomson, the 19th selection in the NHL’s 2019 draft, had 17 goals and 24 assists with the WHL’s Kelowna Rockets in 2018-19. . . . The Chicago Blackhawks, Pittsburgh Penguins, San Jose Sharks and St. Louis Blues all have dealt with outbreaks this season. The Sharks played on the weekend with seven players out of the lineup.

NEW HOME FOR ICE? NOT SO FAST: Because you asked, the Cranbrook Bucks are averaging 2,236 fans through five home games. That’s second in the BCHL,

behind the Penticton Vees (2,342). . . . Because you’re wondering, the WHL’s Winnipeg Ice, which has played nine home games in the 1,600-seat Wayne Fleming Arena, is averaging 1,603. The Ice announced attendance of 1,621 for each of its first eight games, then 1,456 for the ninth one. . . . Does anyone know the status of that new arena the folks who moved the WHL team from Cranbrook to Winnipeg said they would be building? Well, it turns out a new arena isn’t about to happen. . . . Mike Sawatzky of the Winnipeg Free Press has reported that the Ice “won’t have a new home anytime soon and will extend their stay at the University of Manitoba’s Wayne Fleming Arena for the 2022-23 season and likely beyond.” Sawatzky added that “to date, no plan for the construction of a new arena has been established.” . . . More from Sawatzky: “Ice owners Greg Fettes, who serves as chairman and governor, and Matt Cockell, the club’s president and general manager, have been silent on the subject. WHL commissioner Ron Robison did not respond to a request for comment.”

SORRY, PORTLAND: F Seth Jarvis is eligible to play another season with the WHL’s Portland Winterhawks. However, he’s with the NHL’s Carolina Hurricanes and it doesn’t sound as though a return to the WHL is imminent. On Thursday, Kacy Hintz of WRAL in Raleigh, N.C., asked Carolina head coach Rod Brind’Amour: “Do you see any benefit at all in sending Seth Jarvis back to junior?” . . . The coach’s reply: “For the junior team, maybe.” . . . Jarvis has a goal and an assist in four games with Carolina this season. He put up 166 points, 73 of them goals, in 154 regular-season games over four seasons with the Winterhawks.

THE MOOSOMIN BLADES: Les Lazaruk, who has been calling Saskatoon Blades’ games since Noah set sail, tweeted from Moosomin, Sask., on Thursday night. 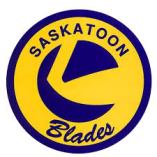 “Storm-stayed Thursday night in Moosomin.” . . . The Blades are scheduled to meet the Wheat Kings in Brandon tonight — “Assuming the Trans-Canada Skating Rink is more like a highway in the morning,” Lazaruk tweeted — and then travel to face the Winnipeg Ice on Saturday and Sunday. . . . At cjwwradio.com, Lazaruk wrote that the Blades encountered freezing rain, snow and gusty north winds east of Regina. “The first sign of a problem,” he added, “came around 3:30 Thursday afternoon when the Blue and Gold’s bus, piloted by Cal Loeppky, was forced to stop just east of Broadview while tow trucks rescued jack-knifed semi-trailer units out of the ditch. After a 45-minute stop, traffic moved again, but at an average speed of 30 kilometres-per-hour.” Upon hearing that there were more vehicles ditched and waiting for recovery east of Moosomin, the decision was made to stop for the night. Yes, they had supper at the Red Barn. . . . Lazaruk tells me that the Blades last were storm-stayed “in February of either 2018 or 2019” while on their way to Cranbrook to meet the Ice. (Remember when Cranbrook was in the WHL?) . . . The Blades spent a night in Pincher Creek, Alta., then headed to Cranbrook the next morning. The Blades won 3-2 in 2018 and 8-3 in 2019. 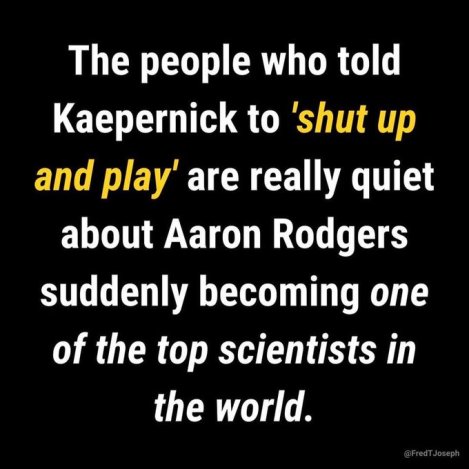 COVID GOES TO COLLEGE: You may be aware that California-Berkeley’s home game against the USC Trojans has been moved from Saturday to Dec. 4 because of positive tests among Golden Bears players. But did you know that there were at least 44 positives? . . . Matthai Chakko, a spokesperson for Berkeley Public Health, told the San Francisco Chronicle via email that “cases emerged in an environment of ongoing failure to abide by public health measures.” Chakko told the newspaper that there were players who didn’t get tested when sick or stay home when ill, and they didn’t wear masks while indoors. . . . There are 117 players and staff in the Golden Bears program and all but two are fully vaccinated. Those two both have tested positive. . . . Cal had scratched 24 players the previous weekend so the roster was short for what was a 10-3 loss to Arizona in Tucson.

TRAVELIN’ MAN: F Trentyn Crane, 18, is from Morden, Man. He began this hockey season with the WHL’s Victoria Royals, going pointless in four games. . . . His junior A rights were owned by the OCN Blizzard, who play out of The Pas, Man. . . . Crane had played 37 games with the Blizzard in 2019-20 and six last season. . . . Well, the Blizzard dealt Crane to the Summerside Capitals this week, getting future considerations in return. The Capitals are located in Prince Edward Island. . . . Summerside is 5,676 km from Victoria. . . . Might be time for junior A hockey to start a new recruiting campaign — “Come Play With Us and See Canada!”

GREAT START: G Zach Fucale played in his first NHL game on Thursday night when he started for the visiting Washington Capitals and blanked the Detroit Red Wings, 2-0, with 21 saves. Fucale, 26, is the 26th goaltender in NHL history to post a shutout in his first start. . . . Interestingly, he is the final player from the Canadian team that won gold at the 2015 World Junior Championship in Toronto and Montreal to play in the NHL. Fucale and Eric Comrie were the goaltenders as Canada went 7-0 and beat Russia, 5-4, in the final. Head coach Benoit Groulx rotated the pair through the round-robin, then went with Fucale in all three playoff games. . . . If you’re wondering who else was on that team — you can start with Connor McDavid — the complete roster is right here.

COACHING CHANGE: The OHL’s Erie Otters fired head coach Chris Hartsburg on Thursday, with associate coach B.J. Adams replacing him. . . . The Otters are 3-7-1 as they prepare to meet the Storm in Guelph tonight and then entertain the London Knights on Saturday. . . . Hartsburg, a former head coach for two seasons (2009-11) with the WHL’s Everett Silvertips, signed with the Otters in June 2017, replacing Kris Knoblauch, another former WHL coach, who had guided the team to the 2016 OHL title. . . . Hartsburg’s contract was to have expired after this season. . . . Adams is in his seventh season on Erie’s coaching staff. 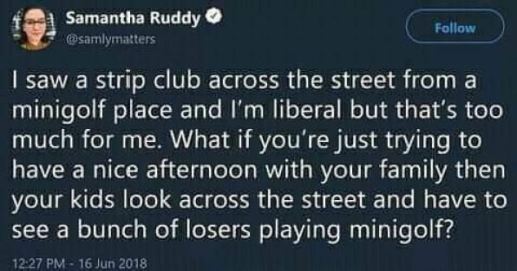