Former NHL/WHL G Pete Peeters now lives in Sturgeon County, just north of Edmonton. So it was only fitting that Peeters was involved in the catching of a fish on the Fraser River that Patrick Johnston of Postmedia writes was “a sturgeon bigger than anything that’s been measured in modern history.” . . . Johnston writes: “The fish’s fork-length was a B.C. record: 352 cm (or 11 feet, six inches). Its girth was 141 cm (55 inches) and was estimated to weigh 890 pounds.” . . . Johnston’s story, along with a couple of photos, is right here. 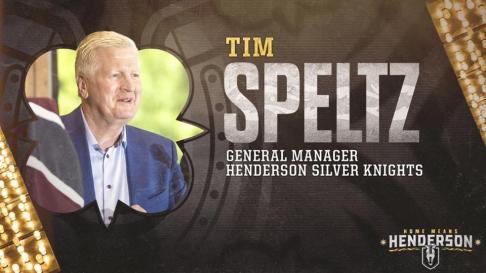 The NHL’s Vegas Golden Knights have hired former Spokane Chiefs general manager Tim Speltz as the general manager of their AHL affiliate, the Henderson Silver Knights. . . . Speltz, who is a long-time friend of Vegas GM Kelly McCrimmon, has spent the past five seasons on the scouting staff of the NHL’s Toronto Maple Leafs, the last three as their head amateur scout. He joined the Leafs after being the Chiefs’ general manager for 26 seasons (1990-2016). He also was the Medicine Hat Tigers’ GM for two seasons (1988-90). . . . Prior to signing Speltz, McCrimmon also was responsible for the Silver Knights, who are preparing for their second AHL season.

Only trainer to have his own fan club (Boston and Montreal) and to wind up a plus-one. Cherished reminder of better times and better teams. The Bearcat. In bookstores Nov. 2, and by pre-order at https://t.co/hDYqQIldsz, https://t.co/QO2fMCGGq4 and Chapters/Indigo.ca. pic.twitter.com/VnpjNTi6cm

And wouldn’t you know it . . . I just pre-ordered another book, after discovering that Bearcat Murray: From Ol’ Potlicker to Calgary Flames Legend is scheduled to be released on Nov. 2. . . . You should know that this one is written by George Johnson, who once upon a time was part of the gang at the late, great Winnipeg Tribune. Say what you want about George, just don’t question his love for Ol’ Blue Eyes and classic movies, or his ability to write. He’s one of our best, so Bearcat’s story will be a winner. . . . And, yes, he did wind up plus-1 during an NHL game. You know that story will be included.

Finally . . . we have a cancellation that hasn’t anything to do with the pandemic. The Portland Winterhawks and Seattle Thunderbirds were to have played an exhibition game in Kennewick, Wash., on Sept. 19. However, the teams have decided to stroke that game off the schedule, apparently because of the number of players they expect to have in NHL camps at that time. . . . The game would have been part of the Tri-City Americans’ tournament.

The Blazers organization would like to pass on our sympathies to the family of Tom Wallace. The longtime season ticket holder (Back to ‘82 with the Jr. Oilers) passed away last week.
Here’s a photo with his son Greg “Spike” Wallace with the 1994 Memorial Cup. Rest in Peace, Tom. pic.twitter.com/7DfcrKFkcb

breached COVID-19 protocols. This had to have been serious because CFL teams value offensive linemen the way politicians love votes. Dave Naylor of TSN later reported that Ruby “did repeatedly misrepresent to (the) team (that) he was vaccinated.” . . . Ruby had been in the CFL since 2015 when he was with the Montreal Alouettes. . . . The Elks, of course, have had 13 players test positive over the last while, and that led to the postponement of a game in Toronto against the Argonauts that was to have been played on Aug. 26. . . . As of Tuesday, the Elks had gone five days without a positive test; they are expected to return to team activities today. . . .

Meanwhile, the NFL’s New England Patriots surprised the football world on Tuesday by releasing veteran QB Cam Newton, who had started all three of their exhibition games. We may never find out if his apparently being unvaccinated had anything to do with the move by head coach Bill Belichick, who will open the season with Alabama product Mac Jones, a rookie, as the starter. . . .

In Indianapolis, the Colts placed QB Carson Wentz, C Ryan Kelly, who is a Pro Bowler, and WR Zach Pascal on the COVID-19 list as close contacts of a staff member who tested positive. . . . If the three test negative and are asymptomatic they will be able to return in five days. . . . “The fact that the three players were placed on the list as close contacts is an indication they are not vaccinated for the coronavirus as, per NFL protocols, vaccinated players would only be placed on the list for a positive test result,” writes Mike Wells of ESPN. . . . The Colts now have had at least nine players on the COVID-19 list since training camp started. They also have had two coaches test positive, including head coach Frank Reich. . . .

And from the world of baseball and television . . . the New York Post reported Tuesday that former MLB pitchers Al Leiter and John Smoltz have refused to be vaccinated so “will no long appear in-studio for MLB Network.” . . . MLB has a mandatory vaccination policy for all employees and it goes into effect today (Wednesday). . . .

On Tuesday night, the Boston Red Sox took SS Xavier Bogaerts out of their game in the second inning after a positive test came back. The Red Sox lost the game, 8-5, to the host Tampa Bay Rays. . . . Boston has had six players test positive since Friday, the others being OF Kiké Hernández, INF Christian Arroyo, P Matt Barnes and P Martín Pérez. P Josh Taylor went on the list as a close contact.

Chapter 9,876 in the book How Did We Get Here From There — In chatting the other night with the husband and wife who own a couple of Dairy Queen franchises, I was told about a male and female who recently were refused service because she wasn’t wearing a mask. Yes, masks are mandatory indoors in B.C. . . . Anyway, the couple started beefing and the owners realized it was a waste of time and energy debating the issue so they walked away and the two disgruntled folks departed the premises. . . . That brings us to Port Alberni, B.C., where an idiot who was refused service because he wasn’t wearing a mask chose to leave the store, before returning to urinate on the counter. . . . Sheesh! What is happening to us? Just wear a mask. It’s not like you’re being asked to fight a grizzly bear with a plastic knife.

KING-TV in Seattle reports that if you’re planning on attending the Washington State Fair in Puyallup, you will have to wear a mask at all times — indoors or out — regardless of your vaccination status. . . . Why? Because Pierce County is experiencing unprecedented levels of COVID-19. . . . The State Fair runs from Sept. 3-26. . . . According to yaktrinew.com, “The masking requirement came one day after two hospital leaders said during a Washington State Hospital Association briefing that the Washington State Fair should be canceled due to the stress it would inevitably put on hospitals.”

We lost a true giant in our organization tonight. Thank you, Bobby, for showing us all what grace, gratitude and kindness are all about. RIP my man. We love you. #kirknessforever pic.twitter.com/PPyzNVYHGw

JUST NOTES: Matt Calvert, who recently retired after an 11-year NHL career, has joined the Brandon Wheat Kings as their development coach. From a news release: “Along with assisting the coaching staff with day-to-day operations, Calvert will focus primarily on the career development of current players and prospects, emphasizing skill development, fitness, nutrition, mental health, and education.” Calvert, who is from Brandon, played three seasons (2007-10) with the Wheat Kings. . . . The ECHL’s Cincinnati Cyclones have promoted Jason Payne from assistant to head coach, replacing Matt Thomas, who now is with the AHL’s Providence Bruins. Payne, who is from Toronto, is the lone Black head coach in pro hockey at the moment. ESPN’s Emily Kaplan has more on Payne right here. . . .

Rick Dhaliwal (@DhaliwalSports) reported Tuesday morning that former WHL F Yogi Svejkovsky is going to work with the NHL’s Vancouver Canucks as a skills coach, who also will work with the AHL’s Abbotsford Canucks. He had been coaching at the Delta Hockey Academy. He spent 12 seasons (2006-18) as the Vancouver Giants’ skills coach. Svejkovsky, 44, had 101 points, including 58 goals, in his one WHL season (1995-96) with the Tri-City Americans. His son, Lukas, who turns 20 on Nov. 23, has split the past three seasons between the Giants and the Medicine Hat Tigers.