ESPN continues to use Jessica Mendoza as a baseball analyst despite her being on the payroll of the New York Mets as a baseball operations special adviser. Of course, that is a conflict of interest, something that was very much in evidence on Thursday as Mendoza chose to speak out on at least three ESPN programs about the cheating scandal that has enveloped MLB.  . . . She pointed a finger at pitcher Mike Fiers, now of the Oakland A’s, for going public, something that sparked MLB’s investigation. Mendoza later tried to backtrack, but the genie was out of the bottle and her credibility has since taken a terrible beating, as it should have. . . . The Mets, of course, found themselves hip deep in it because their new manager, Carlos Beltran, was involved in the cheating while playing for the Astros. On Thursday, the Mets and Beltran parted company before he had managed even one game. While Beltran may be gone, Mendoza continues to cash cheques from ESPN and the Mets.

It was on Jan. 4 when former WHL player/assistant coach Kevin Sawyer, now a broadcaster for TSN on games involving the Winnipeg Jets, related a story involving a hazing. Sawyer, then an assistant coach with the WHL’s Spokane Chiefs, talked of Saran-wrapping a 15-year-old Jared Spurgeon to a pillar in an arena. Spurgeon wsa “about six feet up in the air . . . he was tiny,” Sawyer said. “He looked like he was 12.” . . . Paul Friesen, a columnist with the Winnipeg Sun, has some questions about all of this but has discovered a cone of silence seems to have been placed over everyone involved. Friesen, however, was able to speak with Akim Aliu, who is no stranger to hazing incidents. . . . Friesen’s column is right here.

A tip of the Taking Note fedora to a pair of WHL teams — the Prince George Cougars and Victoria Royals. . . . The Cougars announced on Thursday that they now are making sensory kits available at all home games. From a news release: “In partnership with AutismBC, the Cougars have purchased sensory kits that will be loaned out to families, at no cost, that have sensory issues. The sensory kit includes protective earmuffs, colouring book, crayons, ear plugs, sunglasses, and several different fidget / stress items.” . . .

Meanwhile, the Royals, with their home city and environs hit with some ugly weather, are rewarding fans who were able to get to their Wednesday game and ticket holders who couldn’t make it with freebies for a future game. . . . The Royals announced attendances of 2,519 and 2,901 for Tuesday and Wednesday, respectively, as they swept the Tri-City Americans, 3-1 and 6-1. However, it’s believed the miserable weather limited the actual attendance at each game to much closer to 1,000 people. 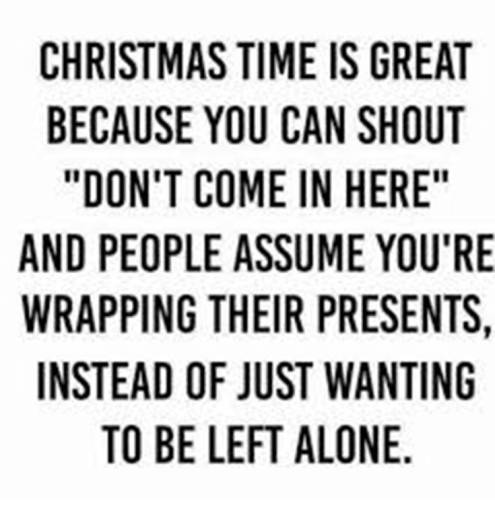 coach, on Tuesday. Beatty, a veteran of the junior A coaching scene, was in his first season with the Oil Barons, who were 15-27-2 and in seventh place in the North Division in what is clearly a rebuilding/reloading season. . . . Mike Brodeur and Justin Rose, the team’s assistant coaches, ran things on an interim basis for a couple of days. . . . On Thursday, the Oil Barons announced that Gord Thibodeau had returned to the organization as GM and head coach. He had filled both positions with the Oil Barons for 11 seasons (2003-14). . . . Thibodeau is the winningest coach in AJHL history, having put up number 833 in February 2017 while with the Whitecourt Wolverines. He and the Wolverines parted company shortly after he put up that victory. . . . Thibodeau also has battled non-Hodgkin’s lymphoma on four separate occasions since 1989, most recently in 2016.

will be out of the Winnipeg Ice’s lineup for up to eight weeks with a broken collarbone. . . . McLennon was injured Tuesday night in a 5-1 victory over the visiting Prince George Cougars. He leads the Ice in goals (21), assists (28) and points (49), all in 42 games for the East Division-leading club. . . . Interestingly, the Ice didn’t list its two 2004-born forwards — Matt Savoie and Connor Geekie — on the WHL’s weekly roster report. Savoie, who has five assists in 12 games, is out with a concussion; Geekie, pointless in seven games, has mononucleosis. . . . The Ice selected Savoie with the first overall pick in the WHL’s 2019 bantam draft, and took Geekie with the next selection.

After Seattle had its season come to an end on Sunday in Green Bay, Seahawks RB Marshawn Lynch offered some advice for young NFLers: ““It’s a vulnerable time for a lot of young dudes, you feel me? So, you feel me? Start takin’ care of y’all mentals and y’all bodies and y’all’s chicken. So, when y’all ready to, you know, walk away, you be able to do what you want to do.” . . . By chicken, of course, he meant money. . . . All of that got lots of play, and by early in the week you could visit his website (beastmode.com) and purchase hoodies and T-shirts emblazoned with “Take Care Yo’ Chicken” across the chests. . . . Yes, Lynch practises what he preaches.

If you watched the video of the battling goaltenders on Saturday night, you will have noticed Roman Basran of the Kelowna Rockets holding his right arm in a gingerly

fashion after he and Dylan Garand of the Kamloops Blazers got up off the canvas, er, ice. . . . Well, the Rockets listed Basran as out day-to-day with an upper-body injury on Tuesday’s WHL roster report. . . . Basran has been the Rockets’ No. 1 goaltender. . . . The Rockets (21-17-3), the host team for the Memorial Cup, are third in the B.C. Division and sixth in the Western Conference. . . . With Basran unavailable, the Rockets have added G Cole Tisdale, 17, to their roster from the AJHL’s Camrose Kodiaks. Tisdale, an eighth-round pick by the Rockets in the 2017 bantam draft, will back up Cole Schwebius as the Rockets visit the Everett Silvertips tonight (Friday) and then go into Portland for a Saturday-Sunday doubledip with the Winterhawks. . . .

The Rockets also have lost F Liam Kindree, 19, for up to two months — i.e., the remainder of the regular season — with a broken collarbone. He had surgery on Thursday. . . . As well, Kelowna F Nolan Foote showed up on the weekly roster report as being out week-to-week with an undisclosed lower-body injury. . . . Foote was injured in a 4-1 loss in Kamloops on Friday. . . . Kindree went down in a 7-2 loss to the visiting Blazers on Saturday. The Rockets were adamant that it was a second-period hit on Kindree by Kamloops F Jeremy Appelt that resulted in some late-game fisticuffs. Kindree was given a boarding minor on the play.

“I think this is the best analogy: You’re in a marriage, you love the woman but it’s getting a little bit rocky. Then you come home one day and she says ‘Paul, we’re going in a different direction and there’s gonna be a press conference in three hours and we’re gonna talk about how great the new husband’s gonna be.’

“So, it’s tough. You put your heart and soul into it and then you’re out.”

JUST NOTES: The Minnesota Twins signed 3B Josh Donaldson to a four-year deal said to be worth US$92 million. Donaldson turned 34 on Dec. 8. Hey, gang, it’s only money. . . . Of course, with Donaldson at the hot corner, the Twins now will move Miguel Sanó, who will be 27 in May, to first base. . . . Donaldson hit 37 dingers with the Atlanta Braves last season; Sano hit 34 in only 380 ABs with the Twins. . . . If you’re like me, you’re wondering: How much of Subway does Martha Stewart own? . . . Do the people who had a problem with LSU quarterback Joe Burrow smoking a victory cigar also have issues when championship teams celebrate by pouring beer and champagne all over the place? . . . A final thought on MLB’s latest cheating scandal: Is this a case of a business that has turned a blind-eye — wink! wink!! — to different kinds of cheating over more than 100 years finally having the chickens come home to roost? . . . The first pitchers and catchers are scheduled to report on Feb. 12.

Oregon law that requires employers to pay at least minimum wage to employees.

Katie Shepherd of the Willamette Week reports that the Winterhawks have asked the state government “for a custom-made law that would allow the team to continue not paying its players.”

According to Shepherd, Tim Bernasek, an attorney representing the Winterhawks, wrote to the Oregon House Judiciary Committee that “without an exemption for amateur athletes under Oregon law, the Portland Winterhawks will be forced to either declare bankruptcy or relocate.”

A class-action lawsuit asking the courts to force CHL teams to pay minimum wage to players is underway in Canada. The WHL’s five U.S. teams have been ruled exempt from that lawsuit, but the plaintiffs have appealed.

Obviously, the Winterhawks aren’t waiting for the outcome of that appeal.

Shepherd reports that the Winterhawks “asked the Oregon Legislature to change the law in 2017. The Senate approved the Winterhawks’ proposal, but the House rejected it as too broad.

“So the team is trying again. Lawmakers expect the new bill will pass.”

F Mason Shaw of the Medicine Hat Tigers has been cleared to return to skating. Shaw has

been in Minneapolis, where the Minnesota Wild’s medical staff gave him a going over. He suffered a knee injury that needed surgery while with the Wild’s rookie team at a preseason NHL tournament on Sept. 10. . . . “I’m very excited,” Shaw told CHAT News Today. “I came down here looking for that news, and to be able to leave Minnesota knowing I can come back on skates is something I’m looking forward to, and it’s a long time coming. It’s time to get some skates on.” . . . There isn’t a timetable for his return but he hopes to be back in time for the playoffs. . . . Last season, Shaw, a fourth-round pick by the Wild in the 2017 bantam draft, had 27 goals and 67 assists in 71 games.

If you like what you get here, please consider clicking on the DONATE button over there to the right and helping the cause.

If you have a tip or just want to chat, email me at greggdrinnan@gmail.com. You are able to follow me on Twitter at @gdrinnan.

And don’t forget that the domain name here is greggdrinnan.com.

Another set of twins has been added to our list to those who played together in the WHL.

Jeremy and Joshua Schappert, now 29, were with the Seattle Thunderbirds. Jeremy

Twins who played together . . .

Twins who played but not together . . .

Beck and Will Warm, Tri-City and Edmonton (active)

Officials who are twins and work together . . .

At Regina, F Sam Steel drew five assists to lead the Pats to a 7-3 victory over the Saskatoon Blades. . . . Regina (25-20-5) holds down the Eastern Conference’s first wild- 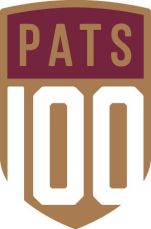 a seven-game stretch of road games by winning its fourth straight. The Chiefs are fourth in the U.S. Division, one point behind Seattle and two ahead of Tri-City. Spokane and Tri-City hold down the Western Conference’s two wild-card berths. . . . Vancouver (25-16-7) has lost three in a row (0-2-1). It is third in the B.C. Division, one point behind Victoria. . . . Weatherill, an 18-year-old sophomore from  Red Deer, has two career shutouts, both of them coming this season. . . . F Zach Fischer (21) got the Chiefs’ offence started at 1:03 of the first period. . . . Yamamoto, who has eight goals, scored 59 seconds into the second period and again at 3:10. The second goal came with the Chiefs shorthanded. . . . Yamamoto has seven goals and 10 assists in a seven-game point streak. He has put together seven straight multi-point games. . . . F Luke Toporowski (4) and F Hudson Elynuik (23), who also had two assists, had Spokane’s other goals. . . . Elynuik now has 201 career points, 125 of them assists. . . . Vancouver starter David Tendeck stopped 23 of 27 shots through two periods. Trent Miner came on to play the third period. In his WHL debut, he stopped 14 of 15 shots in 20 minutes. . . . Each team was 0-6 on the power play. . . . Spokane was missing D Ty Smith, who is at the Top Prospects Game. . . . The Giants are without F Milos Roman, who has been seen with a walking boot on one foot. . . . Announced attendance: 2,579.