Ron Robison, the WHL commissioner, addressed some media folks in a virtual

gathering on Oct. 15. When the topic of WHL players moving to junior A during the shutdown arose, Trevor Redden of panow.com reported via Twitter that Robison said that if they were affiliated last (season), they’re eligible to play now, and that general managers were to discuss the subject this week.

That meeting apparently took place at some point this week, because the WHL issued a statement late Friday afternoon, stating that it “has granted temporary transfers for WHL roster players to continue their development by playing competitive hockey at the junior A, junior B and under-18 levels . . . through mid-December.”

That something had happened became apparent on Thursday night when the BCHL’s Nanaimo Clippers announced that they had signed Everett D Gianni Fairbrother, 20.

Then, on Friday morning, the Estevan Bruins revealed there was an agreement between the SJHL and WHL that will allow major junior players to play in the junior A league until Dec. 20. The Bruins did that as they announced the signing of F Cole Fonstad of the Everett Silvertips. Fonstad, 20, is from Estevan.

A news release from the Silvertips indicated that players are allowed “full participation in . . . practices, workout activities and games, until a loan expiration of Dec. 20. . . .”

The WHL has said it will start its next regular season on Jan. 8, with players reporting to teams shortly after Christmas.

According to Ryan Flaherty of Global Saskatoon, Blades D Rhett Rhinehart, who turns 19 next month, is with the SJHL’s Flin Flon Bombers. Flaherty added that G Nolan Maier, 19, “will likely play for Yorkton, although that has not been confirmed yet.”

Byron Hackett of the Red Deer Advocate tweeted that Rebels F Jaxsen Wiebe, 18, is to play for the SJHL’s Nipawin Hawks.

The Tri-City Americans have loaned F Parker Bell to the junior B Campbell River Storm of the Vancouver Island Junior Hockey League. Bell, 17, is from Campbell River.

Meanwhile, Regan Bartel, the long-time radio voice of the Kelowna Rockets, tweeted that the BCHL’s West Kelowna Warriors have run out of goaltenders — three of them are injured — so have added veteran goaltenders Roman Basran and Cole Schwebius, both 19, from the WHL’s Kelowna Rockets at least for this weekend.

Questions . . . yes, there are questions about the WHL’s agreement with junior A and junior B leagues about the loaning of players.

For starters, what happens to the transferred players if a WHL regular season doesn’t get started?

Also, some of these leagues have moved to a pay-for-play model. So who is paying for the WHL players to play in these other leagues?

Braden Malsbury, the radio voice of the SJHL’s La Ronge Ice Wolves via MBC Radio, also has some thoughts in the following tweets:

Certain teams will now have a significant advantage because they have several legit WHL players born in their region. This creates an extremely uneven playing field. (2/4)

I feel terrible for kids who busted their butt to make an SJHL roster and are now being told to pack their stuff or take a seat in the stands during games. (4/4)

Hearing some Ontario Hockey League teams are telling players they don’t expect to open training camps until mid-January at the earliest. Even that’s far from a certainty.
OHL has publicly said it hopes to start season Dec. 1.

Hartley Miller, the GOAT at 94.3 The GOAT and the analyst on broadcasts of Prince George Cougars home games, offered up this today:

“Leagues like the BCHL and WHL insist they will play a season even if fans are not allowed to their games.
“The financial commitment from those owners should be applauded, but the question remains how safe is it to play?

“There does not appear to be a clear answer but regardless of whether it is a top-notch junior player or one competing at the rec level, the athlete needs to fully understand there is a health risk, even though we remain in the dark how much risk that is.”

That is from his latest Hartley’s Hart Attack, headlined ‘The risk of competition.’ . . . It’s all right here. . . . And if you aren’t a daily reader, you should be. 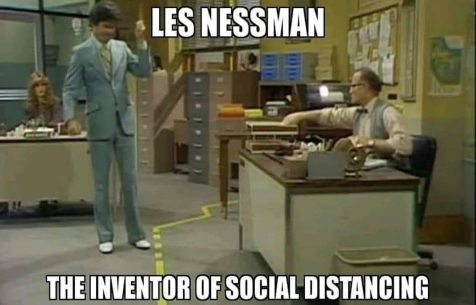 NHL teams have been told they will not be allowed to scout live at the upcoming World Juniors similar to the bubble the NHL had in Edmonton.

Bruce Jenkins, in the San Francisco Chronicle: “Among the many thousands who just don’t get the mask thing, there appear to be three options: (1) Wear it under the nose. Perfected by Al Michaels and Cris Collinsworth on Sunday Night Football. Gives those droplets a fighting chance. (2) Down around the chin. Extremely fashionable. Shows you might have cared at daybreak. (3) None at all. Because, you know, what the hell, it’s a hassle.” . . .

The Founders League, which comprises 11 prep schools, announced Friday that it has cancelled all interscholastic competition for the 2020-21 season. It includes 10 Connecticut schools and one from eastern New York. . . .

The KHL has postponed Jokerit’s next two games, which were scheduled for Monday and Wednesday, after four positive tests within the organization. Jokerit underwent testing after returning from its latest road trip. . . . Jokerit also had games postponed early in September because of positive tests. . . .

a source close to slava kozlov's family tells me he is out of the hospital and did have a difficult case of COVID-19.#RedWings @georgemalik

Two of U.S. college football’s bowl games are gone, at least for 2020. The Holiday Bowl was to have been held in San Diego, while the Fenway Bowl, which was to have been played for the first time, was scheduled for, yes, Fenway Park in Boston. . . .

Scotty Walden, the interim head coach at Southern Miss, tested positive earlier this week. He has been the head coach since Jay Hopson left after the season’s first game. . . . The Golden Eagles, who haven’t played since Oct. 3, are scheduled to play Liberty today (Saturday). Their game on Oct. 17 against UTEP wasn’t played because they were going through an outbreak. . . .

JUST NOTES: Some European teams are using the four-team Karjala Cup as a tuneup for the 2021 World Junior Championship that opens in an Edmonton bubble on Dec. 25. Former NHLer Igor Larionov is coaching the Russian team, with Valeri Bragin, normally the team’s head coach, having recently recovered from COVID-19. Also in the Karjala Cup are teams from Czech Republic and Sweden. The tournament, in Helsinki, runs from Nov. 5-8. . . . Former WHL D Connor Hobbs (Medicine Hat, Regina, 2013-17) has retired from pro hockey after playing three seasons with the AHL’s Hershey Bears. Hobbs is back at home in Saskatoon and taking online courses as the U of Saskatchewan. Greg Harder of the Regina Leader-Post has that story right here. 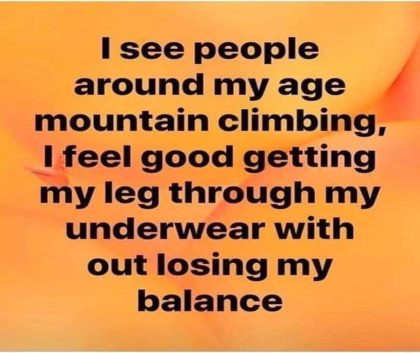