Today my dad finished his final round of chemo Protocol in Barrie. Got to ring the “Bell of Hope” on his way out. “We hope” this is the end of a long journey but he’s ready for anything. Thanks to everyone who has reached out. Means the world to us.Thinking of you all #DaleStrong pic.twitter.com/4mP58YY3Ie

One of the things I’ve been wondering about over the last month is whether there will be some junior teams who won’t answer the bell when it’s time to start another season, whenever that might be.

On Monday, Tyler Yaremchuk, who among other things is the host of Inside The AJHL on TSN 1260 in Edmonton, tweeted (@tyleryaremchuk) a couple of things that he has “heard about the AJHL” . . .

“As many as three teams are considering a sabbatical. They would take a season off and then reassess.

“The league will vote on whether or not to make players pay a fee to play next season. somewhere around $2,500 per player for the 20/21 season. Other CJHL leagues considering this as well.

“Finally, don’t expect this to impact the arrival of the new Blackfalds franchise. (It) should be okay to begin play in 2021/22.”

I fully expect that before we are out of this mess we will be hearing more about junior hockey franchises pondering their future, especially if the start of the 2020-21 season is delayed in any fashion.

None of these leagues were able to get anywhere close to a conclusion with their playoffs, which means a number of teams lost out on a great deal of revenue. In other words, the gravy train never did reach the station.

As well, junior A and junior B teams have had to cancel the spring camps they hold on an annual basis, all of which are revenue generators.

After Yaremchuk’s tweets landed, Trent Wilhauk, governor and vice-president with the AJHL’s Olds Grizzlys, tweeted: “Because my phone is blowing up I will comment only that the Olds Grizzlys ARE NOT in this situation. Yes COVID19 has been financially hard on us losing possible camps but the Grizzlys are business as usual.”

Mattingly, Winfield, and Pasqua might be waiting for a while because I don’t think Tony’s gonna be done yet when we come back from the break … pic.twitter.com/zCOHrKQmvy

I am sure that you have heard rumblings about the NHL, NBA and MLB all having discussed playing games in facilities without fans in attendance.

Here’s Chip Kelly, the head coach of college football’s UCLA Bruins on the possibility of the NCAA playing without fans:

“If it’s not safe for fans to attend the games, then I don’t know why it would be safe for players to participate in the games.”

And here’s Bob Molinaro of the Hampton Roads Virginia-Pilot:

“Baseball’s Arizona plan is an example of a league thinking it can outsmart a pandemic. Science? Who needs that when you can send 30 teams to the desert for a mid-May start, sequestering players in hotels before letting them out to play in any of 11 stadiums? It also would prevent players from seeing their families and significant others. Whatever idea the NBA may come up with to restart its season, it cannot top this for stupidity.” 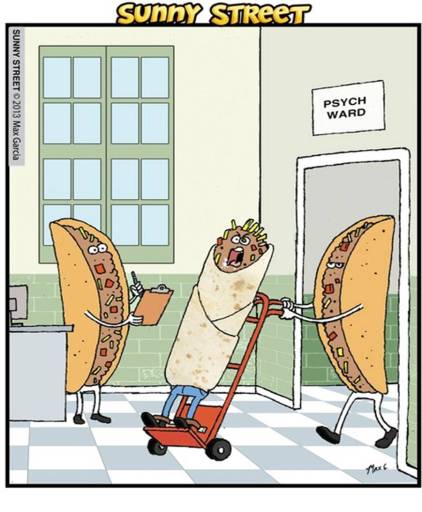 Here is Jack Finarelli’s Thought for the Day, this one from H.L. Mencken: “For every complex problem, there is an answer that is clear, simple and wrong.”

Drew Doughty, the Los Angeles Kings’ all-star defenceman, spent some of his Monday on a conference call with reporters. Here is part of what he had to say:

“I think the NHL would have to make some kind of decision on that soon, and it seems like it’s pretty tough to resume the season or the playoffs.”

Steve Ewen of Postmedia wonders “what will our new normal be?” . . . Or will there even be a normal? . . . He has a whole lot of questions but, like all of us, he doesn’t have any answers. . . . “Could we be waiting until there’s a coronavirus vaccine before the NHL and other pro sports have fans in the stands?” he wonders. “Could we be a year from big-time hockey, football, soccer, basketball and baseball with cheering crowds?” . . . Ewen’s complete column is right here.

Carl Mallette is the new head coach of the QMJHL’s Victoriaville Tigres. He had been an assistant coach with the Tigres for three seasons. . . . He also played in Victoriaville for five seasons and has had his number (97) retired. . . . Mallette, 38, takes over from Louis Robitaille, who left earlier this month to sign on as general manager and head coach of the QMJHL’s Gatineau Olympiques, who had dismissed Eric Landry.

Thank you to all the amazing people who are honouring #Oilers forward Colby Cave, whether it be earlier today by welcoming his family back to Saskatchewan, or with the ever-growing memorial outside @RogersPlace. https://t.co/sFGkQD2QER

The family of the late Colby Cave returned to North Battleford, Sask., on Monday and folks lined up for miles along the highway as a show of love and support. The Saskatoon StarPhoenix had photographer Matt Smith on hand, and the photos are right here.