Today we had some special visitors at our Prince Albert branch. The @paraidershockey stopped by with the Ed Chynoweth Cup🏆 Congrats on a great season and thanks for swinging by! #whl #redheadequipment #sk #sask #princealbertraiders @TheWHL @Case_IH pic.twitter.com/3uTiz9gWZO

F Bruno Mráz (Brandon, 2011-12) has signed a one-year contract with Zvolen (Slovakia, Extraliga). This season, with Olomouc (Czech Republic, Extraliga), he had five goals and six assists in 42 games. On loan to Havířov (Czech Republic, 1. Liga), he was pointless in one game. . . .

D Zack FitzGerald (Seattle, 2001-05) has retired from playing and has been named the new head coach for the Glasgow Clan (Scotland, UK Elite). This season, with Glasgow, he was the team captain and had four goals and 13 assists in 56 games.

If the City of Cranbrook approves things sometime today (Friday), there could be junior B hockey in Western Financial Place when the 2019-20 season gets here. 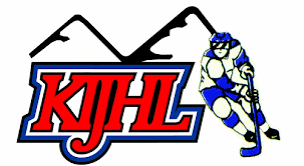 comprised of 10 local investors has an agreement in principle to purchase the Kelowna Chiefs of the Kootenay International Junior Hockey League from owner Grant Sheridan, who also is the team’s president and general manager.

The relocated Chiefs likely would be renamed the Colts, a salute to a junior B team that played out of Cranbrook in the 1980s, winning six league champ[ionships and four provincial titles.

Western Financial Place was built to house a WHL franchise and was the home of the Kootenay Ice until its 2018-19 season ended and the team moved to Winnipeg. The Ice’s lease with the city runs through the 2022-23 season, and owners Greg Fettes and Matt Cockell have yet to reach a settlement.

But they have agreed on a four-year sublease with the Cranbrook group that would allow the relocated Chiefs to play in Western Financial Place.

Taking Note also was told that the deal on the sublease is contingent on the city accepting it on or before May 31, which is today (Friday). It also is the KIJHL’s deadline for franchise owners to notify it of relocation plans. As of Thursday afternoon, the city had yet to offer a response.

The Cranbrook group, which is believed to include former WHL/NHL D Scott Niedermayer, who is a former co-owner of the Ice, apparently is willing to pay the same rental rates as the Ice did,

According to a Jan. 30 story on the lease by Trevor Crawley of the Cranbrook Townsman, the Ice “must pay an occupancy fee for each year of the term equal to two per cent of gross game receipts for each hockey season, as well as an additional fee that scales based on attendance.

“Revenue collected from parking fees and concession sales are also 100 per cent allotted to the city, according to the agreement.”

In its final three seasons, the Ice averaged 1,754, 2,442 and 2,214 fans per game. It isn’t like that a junior B franchise would reach those numbers, but there are other KIJHL teams in the area, in Creston, Fernie, Invermere and Kimberley, so there would be some natural rivalries.

A KIJHL franchise also would mean Cranbrook wouldn’t have to go a year or longer without a tenant in Western Financial Place.

On top of that, Larry Martel, the KIJHL’s president, has told Crawley that a franchise in the city would be a “perfect fit.” (Crawley’s story is right here.)

The KIJHL’s annual meeting is scheduled for June 8 in Sun Peaks, the ski resort located just north of Kamloops.

You may have read about Catherine Pearlman in the last week or two. She recently walked into a Starbucks in the Los Angeles area, saw a flier that had been placed by a woman seeking a kidney donor for her husband, and, within minutes, had put the wheels in motion. . . . On Thursday, Pearlman told her story in the pages of the Los Angeles Times and on their website. . . .

“Over the next four months,” she writes, “I gave 32 vials of blood, had a kidney CAT scan and chest X-ray, met with nephrologists, a social worker and the nurse coordinator, collected urine and had a mammogram and pap smear. By the end of April, I was deemed a healthy match and cleared for surgery.

“During that time, I learned that one kidney can do most of the work of two. Also, kidney donors tend to live longer than those who haven’t donated because someone who is healthy enough to donate is likely someone already in excellent health.

Also, one of the most comforting pieces of information I learned is that if I ever need a transplant (less than 1 per cent chance), I would go to the top of the waiting list. My risk of death during surgery was significantly lower than dying in a fire, drowning or a car accident.”

Pearlman’s story, in her words, is right here.

The Swift Current Broncos have signed F Josh Davies to a WHL contract. From Airdrie, Alta., Davies was a third-round selection in the 2019 bantam draft. This season, he had 20 goals and nine assists in 28 games with the bantam prep team at the Edge School in Calgary.

The Regina Pats have signed D Marcus Taylor to a WHL contract. A ninth-round selection in the 2018 bantam draft, Taylor is from Coquitlam, B.C. This season, he had three goals and 14 assists in 35 games with the Burnaby Winter Club’s elite 15 team.

Ben Boudreau was named the head coach of the ECHL’s Fort Wayne Komets on Thursday. . . . He replaces Gary Graham, who had been with the franchise since 2009, first as an assistant coach, then as head coach and, finally, as head coach and director of player personnel for the past six seasons. . . . Boudreau, 34, was an assistant coach with the Komets for the past two seasons. He has never before been a head coach. . . . He also has worked as an assistant with two other ECHL teams, the Bakersfield Condors and Norfolk Admirals. . . . Boudreau is the son of Bruce Boudreau, the head coach of the NHL’s Minnesota Wild.

F Jesse Gabrielle (Brandon, Regina, Prince George, 2012-18) has signed a one-season contract with CBR Brave Canberra (Australia, AIHL). This season, with the Atlanta Gladiators (ECHL), he had five goals and 10 assists in 25 games. He also had four goals and two assists in 11 games with the Wichita Thunder (ECHL). . . .

F Petr Dvorak (Regina, 2002-03) has signed a one-year contract extension with Valašské Meziříčí (Czech Republic, 2 Liga). This season, he had 18 goals and 31 assists in 38 games. He led the team in points.

#MemorialCup: There will not be representation from a / the Ontario Hockey League team in the Grand Final in consecutive years for the first time since 2006 (QUE / MON – which was the last all "Q" Final) and 2007 (VAN / MH – the last all "Dub" Final). 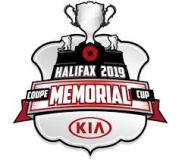 Halifax Mooseheads, 4-2, on Sunday to win their first Memorial Cup title. . . . The Huskies entered the QMJHL for the 1996-97 season. . . . This was the eighth meeting in the last while between these teams and the Huskies won six of them, including four in a six-game QMJHL championship final. . . . The Mooseheads led 2-0 on goals from F Samuel Asselin, on a PP at 19:16 of the first period, and F Raphael Lavoie, at 5:26 of the second. . . . F Felix Bibeau got the Huskies started with his fifth goal of the tournament, at 10:27 of the second period. . . . F Joel Teasdale, the tournament’s MVP, tied it at 15:11. . . . F Peter Abbandonato’s goal at 3:02 of the third period stood up as the winner. . . . F Vincent Marleau added insurance at 5:03. . . . The game had a WHL flavour to it, too, with two of its officials working the game — referee Chris Crich and linesman Tarrington Wyonzek. Also working were two QMJHL officials — referee Mario Maillet and linesman Maxime Chaput. . . . This was the second time in Memorial Cup history that two QMJHL teams met in the final. In 2006, the Quebec Remparts beat the host Moncton Wildcats, 6-2. . . . Huskies head coach Mario Pouliot is the first head coach to win back-to-back Memorial Cup championships with different teams. Last season, he was the head coach of the Acadia-Bathurst Titan, who won the QMJHL title and then won the Memorial Cup in Regina. . . . Willy Palov of the Halifax Chronicle-Herald has a game story right here. . . . The 2020 Memorial Cup is scheduled for Kelowna with the Rockets as the host team.

The ECHL’s Fort Wayne Komets are closing in on a new head coach and Richard Matvichuk, who was fired this season as the head coach of the WHL’s Prince George Cougars, is believed to be a candidate. . . . Justin A. Cohn of the Fort Wayne Journal Gazette reported Saturday that an announcement could come in the next few days. . . . Cohn has Ben Boudreau, the son of Bruce Boudreau, the head coach of the NHL’s Minnesota Wild, as the leading candidate. . . . Matvichuk joined the Cougars for the 2016-17 season after spending two seasons as director of hockey operations and head coach with the ECHL’s Missouri Mavericks. He was the ECHL’s coach of the year for the 2015-16 season. . . . The Cougars fired Matvichuk late in what was his third season as head coach. . . . The Komets’ previous head coach, Gary Graham, was fired on May 13 after going 251-130-51 in six seasons. . . . Cohn’s complete story is right here.

The Toyota Center in Kennewick, Wash., the home of the WHL’s Tri-City Americans, will

have a new ice plant and two large LED screens in place before another season arrives. . . . These improvements come after the lighting was revamped prior to this season. . . . Each screen will be eight feet high and 41 feet wide. . . . As Wendy Culverwell writes in the Tri-City Herald: “The ice plant and video boards were key to keeping the Americans as tenants after the WHL set the 2019-20 season as the deadline to comply with its new standards for player safety and fan amenities.” . . . When all the work is finished, the cost will be about US$4 million. . . . The Americans’ lease expires after the 2019-20 season. . . . Culverwell’s story is right here.

The Medicine Hat Tigers have signed F Cayden Glover to a WHL contract. He was a second-round selection in the 2019 bantam draft. From Brandon, Glover had 47 goals and 19 assists in 36 games with the midget AAA Wheat Kings this season.

The MJHL’s OCN Blizzard will have two men running its bench in 2019-20. The team announced Sunday that Ryan Wood and Chris Perchaluk will be associate head coaches. Wood also will be assistant general manager, under GM Greg Hunter. . . . The Blizzard also has signed Nick Rusak as assistant coach. . . . Wood spent the past two seasons as the GM/head coach of the Kirkland Miners of the Northern Ontario Junior Hockey League. . . . Perchaluk played two seasons with the SJHL’s Melfort Mustangs and one with the Blizzard. He has been coaching minor hockey in The Pas, Man., since 2005. . . . Rusak, from Cranberry Portage, Man., has been an assistant coach with the Thompson-based bantam AAA Norman Wolves.

Gonna have to steam clean the old blog pic.twitter.com/MThsUMqwFv

My Tweets
Join 4,620 other followers