While Pittsburgh was playing the visiting Los Angeles Dodgers on May 25, Pirates catcher Francisco Cervelli was struck on the chin by a piece off a broken back. He hasn’t played since. Now he says he’s through catching thanks to what was the sixth diagnosed concussion of his MLB career. . . . “That’s enough,” Cervelli, 33, told DKPittsburghSports.com on Sunday. “This time is different. I can’t live like this.”

I keep reading about how Kawhi Leonard left a few dollars on the table when he left the Toronto Raptors for the Los Angeles Clippers. Apparently, he signed for US$142 million over four years, when he could have stayed in Toronto for US$190 million over five years. While I understand the cost of housing is high in L.A., leaving that money on the table doesn’t mean that Leonard will be homeless, does it?

The Curse of Hammy? Is it only a coincidence that the Saskatchewan Roughriders are 1-3 — with the lone victory over the woeful Toronto Argonauts — since someone made the horrible decision not to bring back Ian Hamilton for a third season as their senior reporter?

The eyes have it as Saskatchewan Roughriders unveil new-look Gainer the Gopher https://t.co/lpfCoCSfe0 pic.twitter.com/AtKx2JSPWL

Of course, Saskatchewan football fans have been so wrapped up in the appearance of a giant gopher that they may not realize that their favourite team is struggling.

Patti Dawn Swansson (aka The River City Renegade) got in on the gopher madness with: “Summer swathing and happy banjo plucking came to a halt on the Flattest of Lands last week, after Gainer the Gopher went missing and was feared to be lost in a corn maze or abducted by body-snatching aliens. Left behind was a hairball that looked like Chucky’s pet rodent.”

They sing because they can. pic.twitter.com/EZV5dvZZqH

Congrats to the Victoria HarbourCats for grabbing a West Coast League playoff spot with an 8-1 victory over the visiting Bellingham Bells on Sunday afternoon. The HarbourCats, who will be in the post-season for the third time in four seasons, finished atop the North Division, winning the first-half title at 18-10. The lost left Bellingham at 16-11. . . . There still are rumblings that the WCL is working to get a franchise into Kamloops, but has yet to find a baseball fan with deep enough pockets to get involved. 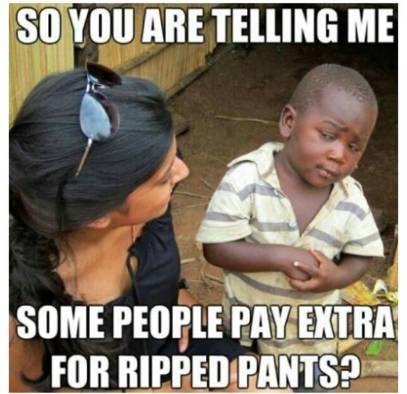 It was on July 4, 1939, when Lou Gehrig stood at home plate in Yankee Stadium and spoke about being the “luckiest man on the face of the earth.” Now, 80 years later, Bob Molinaro of the Norfolk Virginian-Pilot writes of that speech: “Words that still resonate . . . In another 80 years will anything a current athlete says be remembered?”

Here’s what Steve Simmons of the Toronto Sun wrote about Don Cherry this weekend:

“One thing that hasn’t been confirmed for the next season of Hockey Night In Canada: the return of Don Cherry and Coach’s Corner. Rogers is cutting all over the place, which included the removal of Bob McCown on radio and television and Doug MacLean doing the same. Cherry is handsomely compensated for his work. Not sure if this is a place they want to go with the 85-year-old.”

Nothing definitive in any of that, but, oh boy, did the stuff hit the fan on social media. Gotta think the split was about 50-50, too, on whether folks want Grapes back on their TV sets.

The debate even morphed into whether Don Cherry should be in the Hockey Hall of Fame. I’m thinking if he’s in, Paul Henderson is, too.

Dorothy, my wife of more than 47 years, is preparing to take part in her sixth straight Kamloops Kidney Walk on Sept. 22. She also is one of the Walk’s organizers and a co-founder of the Kamloops Kidney Support Group. Oh, and she also helps organize a Christmas luncheon for dialysis patients, transplant recipients and kidney donors. . . . If you’re new here, she had a kidney transplant on Sept. 23, 2013, and she wants to give something back. . . . If you would like to help out, you are able to make a donation right here.

It’s been a slow day for signings, so I’ll throw one more name into the UFA market — yours truly! I’m now an unrestricted free agent for the first time in my professional career, since graduating college in 2004 when I was 19. I’m open to any and all opportunities!

F Andrew Clark (Brandon, 2005-09) has signed a one-year contract with Langenthal (Switzerland, Swiss League). Last season, in 52 games with Innsbruck (Austria, Erste Bank Liga), he had 20 goals and 49 assists. He led the league in assists and was tied for the lead in points. . . .

F Colton Gillies (Saskatoon, 2004-08) has signed a one-year contract extension with Dinamo Riga (Latvia, KHL). Last season, he had one goal and four assists in 35 games. . . .

The Buffalo Sabres today announced that forward Dylan Cozens will undergo a procedure Wednesday on his left thumb following an injury he sustained on June 29 at Sabres Development Camp. An update on his estimated recovery time will be provided later this week.

F Dylan Cozens of the Lethbridge Hurricanes suffered an injury to his left thumb during the Buffalo Sabres’ development camp on Saturday. He absorbed a hip check — it was a clean hit — and in trying to soften the landing, he put out his left hand, only to be injured when he landed awkwardly. . . . The above tweet from the Sabres came one day after Cozens was seen by a specialist. . . . While the thumb wasn’t broken in the mishap, it appears to have been dislocated, so he will undergo a ‘procedure’ today. . . . The Sabres selected Cozens with the seventh-overall pick of the NHL’s 2019 draft.

Guy Flaming, the owner, operator and host of The Pipeline Show (patreon.com/thepipelineshow), asked fans on Twitter the other day: “If there was ONE thing that you could change/add/remove from the Canadian Hockey League, what would it be and why?”

“I’d add another OA player to teams. Improves the overall hockey fans get to watch and puts a player who’s not quite ready for major junior back in midget. Improving the on-ice competition also improves development of all players.”

“More imports. With the U.S. and Euro junior leagues catching up to the CHL in quality, while also allowing players to keep NCAA eligibility, the CHL needs to cut into that. One way would be increasing imports to 4 or 5 up from 2. Cuts into European junior League talent.”

“A way better TV deal with regional and national broadcasts.”

“An online streaming service, where fans across Canada pay $60 a year to get any regular-season game of any team and then $30 for the playoffs, regulate the streams so they are good quality and call it a day.”

“WHL should change the bantam draft age from 15 to 16. Makes the draft more entertaining for the average fan because there will be a chance for the players to play immediately, and it wouldn’t be as much of a crapshoot for the teams.”

“Fighting. There is no need for teenagers be fighting in the CHL. Too many are paying the price with their health both now and down the road.  Really can anyone give a valid reason as to why teens are fighting in the CHL? Everyone else is banning it; time for the CHL to get rid of it.”

“I’d add a Canadian U-17 team that would play games in all three major junior leagues and be our team at the Hlinka Gretzky Cup. I love the USA hockey model in the USHL with U-18 and U-17 teams.”

Flaming also tweeted that he is preparing to interview Ron Robison, the WHL commissioner, for an upcoming show. Perhaps Flaming could ask the WHL commish about a regular-season schedule that has the Portland Winterhawks and Prince George Cougars playing each other four times in six days. Seriously! They will meet Dec. 3 and 4 in Portland, then head north and go at it in Prince George on Dec. 7 and 8. . . . The WHL schedule always seems to have its share of quirks, but methinks it will be tough to top this one.

There has never been a subscription fee for this blog, but if you enjoy stopping here, why not consider donating to the cause? All that’s involved is clicking on the DONATE button over there on the right and following the instructions. Thank you very much.

You may have read here about F James Hamblin of the Medicine Hat Tigers suffering a dislocated kneecap while attending the Toronto Maple Leafs’ development camp last week. . . . It turns out that the injury isn’t as bad as it originally appeared. . . . He told Ryan McCracken of the Medicine Hat News that “the pain was horrible.” . . . And then it was over. Just like that. . . . “Once they stretchered me off,” he told McCracken, “just as we got to the room we kind of hit a bump and it popped back in, and it was basically instant relief,” said Hamblin. “It went from an unbearable pain to nothing in an instant.” . . . Hamblin will undergo surgery, albeit minor, to remove a piece of cartilage that was revealed to be loose during an MRI. . . . Hamblin had 33 goals and 44 assists in 67 regular-season games last season. The Tigers’ captain each of the previous two seasons, Hamblin is prepping for his fifth season in Medicine Hat. . . . McCracken’s complete story is right here.

Geoff Grimwood has filed a lawsuit in B.C. Provincial Court in Kelowna, claiming that the BCHL’s West Kelowna Warriors owe him $29,166, plus interest, after he was fired late last season. . . . You may remember that Grimwood was the team’s interim general manager and head coach when he was fired early in the season, only to be rehired when the players chose not to practice and went on a hike instead. Grimwood was rehired after the boycott, but was fired again on Jan. 28 by owner Kim Dobranski. . . . Wayne Moore of castanet.net has more right here. . . . Grimwood now is the GM/head coach of the MJHL’s Swan Valley Stampeders.

Matt Samson, the general manager of the junior B North Vancouver Wolf Pack, also will be the head coach in 2019-20. Samson stepped in as an assistant coach during last season and helped the club win the Pacific Junior Hockey League championship. . . . Samson takes over from Bayne Koen, who left after five years and now is the head coach of the bantam prep White team at Delta Hockey Academy. He also is the director of player development with the PJHL’s White Rock Whalers.

ICYMI, the Saskatchewan Roughriders throttled the visiting Toronto Argonauts on Monday evening, improving their CFL record to 1-2. You would think that the Roughriders having won their home-opener would be cause for excitement in Saskatchewan, but you would be wrong. Instead, football fans are confused/angered/upset/dismayed/up in arms (pick one, or insert your own) over the new-look Gainer. It seems that Gainer spent a chunk of his off-season at the Gopher Spa and came back with a brand new look. . . . There’s more right here.

Just a friendly reminder that Buzz & Boomer are beautiful, unlike a certain rodent.. pic.twitter.com/2Xw9PHd0OA

17 foot deep sink hole opens up in North #YQR by this time tomorrow #NewGainer will be buried in it. pic.twitter.com/ndxdVzoJfW