In a piece posted here late Tuesday, I questioned why some hockey leagues are so quick to get through their playoffs after playing through a lengthy and

grinding regular season. . . . As an example, I used the junior B Kootenay International Junior Hockey League. . . . Well, the Nelson Leafs and Revelstoke Grizzlies will play in the KIJHL’s best-of-seven championship final, and the schedule was released on Wednesday. . . . If the series goes seven games, the teams will play seven games in nine days. Seriously! . . . The series is scheduled to open Friday in Revelstoke, with Game 2 there on Saturday. The scene shifts to Nelson for games on Monday and Tuesday. If necessary, they then will play three games in as many nights — March 31 in Revelstoke, April 1 in Nelson, April 2 in Revelstoke. . . . Just thinking out loud here but maybe it is time junior hockey players had some kind of players’ association to stand up on their behalf when things like this happen.

things out. You may recall that the BCHL no longer is part of the Canadian Junior Hockey League, so won’t take part in the Centennial Cup tournament.

From Steve Ewen of Postmedia:

“The BCHL champion won’t be in the running for the Centennial Cup national title, since the league pulled out of the Canadian Junior Hockey League last spring and lost its spot in that tournament. The BCHL had sent a letter to the CJHL regarding multiple concerns. They wanted player transfers to be less restricted, for instance. The CJHL never responded to BCHL’s concerns, and the BCHL opted to leave.

“It did give the BCHL an opportunity to start its season later, which allowed it to spread out games. The league wasn’t concerned about having its schedule completed to link up with the other leagues for playoffs.

The Team 980, a radio station in Washington, D.C., had been the voice of the city’s NFL franchise since 2008. It ended its relationship with the team, known the Commanders, on Wednesday morning. Why? Kevin Sheehan, the station’s morning host, made the announcement. He explained: “The team and our company disagreed on the value of the broadcast. It’s also very important for us as a sports talk station, even as a long-time flagship station for the team, it was important for us to continue to be able to provide honest, objective information and analysis about the team on our talk shows.” . . . As Brandon Contes of Awful Announcing wrote: “Sheehan’s statement implies the Commanders have or would attempt to censor the content and topics that were discussed about the team on-air. The ability to speak objectively and honestly about NFL teams should be a requirement for sports radio stations, especially as it pertains to the Washington Commanders.” . . . Hmm, shouldn’t that be a requirement for any broadcast outlet?

I liked the NFL better when coaches looked equally capable of calling for a blitz or solving a mystery on some BBC television show. pic.twitter.com/ie9fmlZsKT

WEDNESDAY NIGHT IN THE WHL:

In Victoria, F Marcus Almquist had a goal and two assists to lead the Royals to a 4-3 victory over the Kelowna Rockets. . . . Almquist, an 18-year-old from Denmark, went into the game with two goals and four assists in 34 games. . . . He also has goals in two straight games, having scored the game’s first goal on Tuesday when the Royals beat the Rockets, 4-2. . . . Last night, the Rockets got four assists from F Tanner Scott and two goals — he’s got 28 — and an assist from F Brayden Schuuman. . . . Almquist’s second goal, at 4:00 of the third period, gave the Royals a 4-2 lead. . . . The game featured two minor penalties — one to each team — and each team was 1-for-1 on the PP. . . . G Campbell Arnold stopped 36 shots to earn the victory. . . . Victoria (21-34-6), with four straight victories, is seventh in the Western Conference, two points behind the Vancouver Giants and five ahead of the Prince George Cougars and Spokane Chiefs. . . . Kelowna (34-18-6) is fifth, four points behind the Seattle Thunderbirds. . . . Darren Steinke, the travellin’ blogger, was at this game and his post is right here. . . .

#WHL WPG/SAS: @WHLWpgICE are a win away from third double-digit winning streak of the season as they double up Saskatoon. Carson Lambos is the only of the 10 with a point to have more than one with 2 assists. Gone pointless in back-to-back games just twice since November 4.

JUNIOR JOTTINGS: The MJHL’s OCN Blizzard won’t be re-signing Billy Keane, who had been the general manager and head coach since July 16, 2020. The Blizzard (18-29-7) finished last in the six-team West Division and didn’t qualify for the playoffs.

You can find his obituary here: https://t.co/S9EFuSJaha

He was the Pats' backup goalie for the 1969-70 season where he played two games. 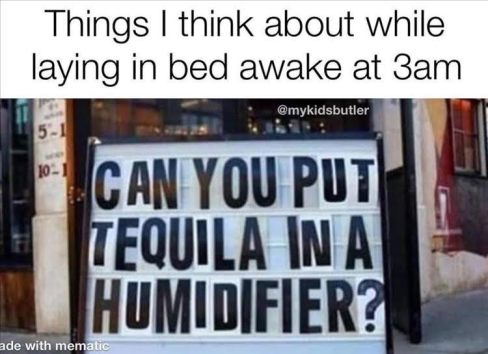