During Kevin Kaminski’s playing career, his nickname was ‘Killer’ and he didn’t take any prisoners. Yes, he was tough and he played hard.

These days, Kaminski is the general manager and head coach of the SJHL’s La

Ronge Ice Wolves and he hasn’t changed — he still shoots from the hip, and good for him.

With the SJHL about to shut down until after Christmas because of restrictions being implemented by the Saskatchewan government and health officials, Kaminski didn’t tiptoe around the issue.

“I don’t understand how casinos and bingos, and everything else can stay open,” Kaminski told MBC Radio’s Braden Malsbury, who does the play-by-play of Ice Wolves’ games. “If you’re going to shut it down, let’s shut it down and let’s do this right. Let’s just don’t put a Band-Aid on for two weeks and then it’s going to come back again after we get a little break from it.

“I don’t understand — it would be probably pretty easy to be a health official and just make up your own rules as you go along.”

Kaminski has hit the nail squarely on the head. By not shutting things down at the first sign of trouble a couple of months ago, we find ourselves where we are today. And the way these things have been handled since March, you can almost bet that we will get to a stage where restrictions will be loosened . . . and we will end up going through all of this again.

Kaminski has every right to be disappointed, too. His Ice Wolves are playing well, having won four straight after a season-opening setback.

Doug Johnson, the general manager and head coach of the Nipawin Hawks, also is sounding frustrated.

“In March, we didn’t know . . . everything was uncertain,” Johnson told Aaron

Schulze of northeastNOW, referring to the 2019-20 season’s premature end. “Right now, with all the restrictions in place and protocols we followed, we were told we did nothing wrong. There’s not one case from hockey transmission within the SJHL. We have our guys following all the protocols, basically putting their social life on hold, just to get through this and make it work, and we get shut down even when we’ve done everything right. Yet, other things are able to stay open.

“It’s a double standard, 100 per cent. It has nothing to do with us not taking COVID-19 serious. We have 27 guys for three months and there’s not been one case within our locker room. Within the league, 12 teams, there’s been one case. We’ve done things right and proven it can work, but we’re getting throttled right now.

“Government makes money off their bars and casinos, the liquor and gambling. They’re not making a ton of money off the SJHL or hockey. Yet, our communities . . . the Nipawin Hawks bring in roughly $1.5 to $1.8 million into Nipawin and that’s on hold right now. The mental health of our young people . . . the outing, just a little sense of normalcy for our fans . . . the pride that the players’ parents can have watching their kids play and do what they love. We’re not lumped in the same.” 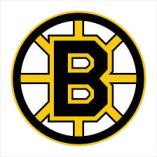 Meanwhile, Jason Tatarnic, the general manager and head coach of the Estevan Bruins, was on The Rod Pedersen Show on Thursday, and he was pretty much echoing Johnson, wondering why junior hockey gets shut down while people are still allowed to go to casinos and stores.

“”It’s definitely disappointed and very sad for our players,” Tatarnic told Pedersen. “It’s heartbreaking for them.”

You can watch the Tatarnic interview right here.

With Canada’s national junior team dealing with three positive tests at its selection camp in Red Deer, the question has to be asked: Is the 2021 World Junior Championship at risk? . . . Ilan Schwartz, an associate professor in the division of infectious diseases at the University of Alberta, has told Donna Spencer of The Canadian Press that he isn’t sure bring 10 teams into an Edmonton bubble at this point in time is such a good idea. . . . “The NHL showed that it can be done, but the stops that were pulled out in order to create and maintain a bubble for the NHL playoffs were enormous,” Schwartz said. “It’s not safe for the players to be coming into a place where there’s a surge in infections. While the players themselves are going to be young and healthy and low risk of serious complications from the virus, they are still very much able to transmit it to those people around them.” . . . The tournament is scheduled to open on Dec. 25 and run through Jan. 5. . . . Infections rates now are 10 times higher in Alberta than when the NHL was concluding its playoff run in Edmonton. . . . Spencer’s story is right here.

What’s happening with Canada’s national junior team as the players at the selection camp in Red Deer are early in 14-day quarantine sessions? Ryan Kennedy of The Hockey News takes a look at the situation right here.

The five-team B.C. Intercollegiate Hockey League has cancelled its 2020-21

season. Earlier, the league had said that it hoped to begin on Jan. 15. . . . From a news release: “League organizers worked closely with BC Hockey and member schools in pursuing a shortened season, but with recent restrictions related to the COVID-19 pandemic, the BCIHL made the decision to cancel official competition until the start of the 2021-22 season.” . . . Chris Munshaw, the BCIHL president, said: “It’s not a decision we took lightly. Many of our coaches, staff, and volunteers have been with the league since it began in 2005. More importantly, this has a big impact on the lives of our student-athletes.” . . . Also from the release: “The BCIHL’s decision does not prevent member teams from pursuing exhibition games or tournaments within the guidelines allowed by their institutions, facilities and the provincial government.” . . . The last paragraph of the release indicated that the BCIHL is continuing to prepare for a “full” 2021-22 season, “including the pursuit of league expansion.”

CBC News: 383 new COVID-19 cases have been diagnosed in Manitoba, virtually unchanged from the previous 7-day average of 386. The province is also reporting 10 additional deaths.

CBC News: Saskatchewan is reporting 299 new COVID-19 cases, which is significantly more than the province’s previous 7-day average of 209. 3 deaths are also being attributed to the virus. . . . Saskatchewan jail reports 72 new COVID-19 cases, including 68 offenders and 4 staff. There are now 85 active cases at the Saskatoon Correctional Centre, which normally houses about 450 inmates. Authorities say any new admissions to the facility will be redirected.

650 CKOM Saskatoon: ICU capacity is at nearly 100 per cent in Saskatchewan, with just three available beds in Saskatoon as of today.

Christopher Foulds, Kamloops This Week: COVID-19 claims another 13 lives as province announces 887 new cases, including 65 in Interior; outbreak at The Hamlets long-term care home in Kamloops declared over.

James Peters, CFJC-TV Kamloops: Interior Health says there are 374 active cases of COVID-19 in the region, with nine people in hospital including two in intensive care.

CBC Quebec: Quebec is reporting 32 additional COVID-19 deaths and has diagnosed 1,464 new cases. That appears to be the largest daily number of new reported cases since May 3, and a significant jump from the province’s previous 7-day average of 1,171.

CBC News: 12 new COVID-19 cases in New Brunswick. That’s higher than the average of 9 for the previous 7 days.

Alexander Quon, Global Halifax: Premier Blaine Higgs say that as off midnight anyone entering New Brunswick from another province, including Atlantic Canada, must now self isolate for 14 days. The Atlantic bubble is officially over.

Val-d'Or goalie Jonathan Lemieux in isolation after being in contact w/ someone who has Covid-19.

Lemieux had no contact w/ his teammates after being in contact with this person, so Foreurs will play as scheduled this weekend. https://t.co/K8HaKOiYgI

The NFL has a problem. With the Baltimore Ravens in the middle of an outbreak, the NFL moved their game with the host Pittsburgh Steelers from Thursday night to Sunday afternoon. On Thursday, it seems that the Ravens had four more players, including QB Lamar Jackson, and one staffer test positive. The Ravens have shut down their facility until at least Monday, so you have to think Sunday’s game won’t happen. . . . The Ravens really are up against it, too, because they are scheduled to face the Cowboys in Dallas in next week’s Thursday game. . . . Meanwhile, WR Larry Fitzgerald of the NFL’s Arizona Cardinals tested positive and won’t play Sunday against the host New England Patriots. . . . The Cleveland Browns closed their facility on Thursday after getting their fifth positive in less than two weeks.

#Ravens QB Lamar Jackson tested positive for COVID-19, per @RapSheet. He’s out for Sunday’s game vs. Pittsburgh, assuming that game even happens as scheduled.

Like Elizabeth Taylor and Richard Burton, it seems that the Swift Current

Broncos and Golden West Radio learned that they couldn’t live without each other. . . . The Broncos and Golden West have announced a deal that will put the play-by-play of the “majority” of the team’s games in the approaching season on the Eagle 94.1. . . . Craig Beauchemin will handle the play-by-play. . . . The parties weren’t able to reach an agreement prior to the 2019-20 season so the Broncos took their broadcasts online. . . . The WHL is hoping to start its next season on Jan. 8.