have been put into isolation for 14 days at the national junior team’s selection camp in Red Deer after being in close contact with someone who is infected with COVID-19. . . . Dyck is the head coach of the WHL’s Vancouver Giants, while Labarbera is the goaltending coach for the Calgary Hitmen. . . . According to a statement from Hockey Canada, a “non-core member” of the team’s staff tested positive on Saturday morning. “The staff member who tested positive, as well as a number of colleagues who have been in close contact with that person, were placed in quarantine at the team hotel in Red Deer,” the statement read. . . . The scheduled Red vs. White game went ahead as scheduled, with Team White putting up a 4-2 victory. . . . The camp opened in Red Deer on Monday and will run through Dec. 13 when the team will move into a bubble in Edmonton.

positive COVID-19 test among the staff and are suspending in-person activities.” . . . According to the team, “the infected person didn’t have any contact with players or hockey staff.” However, players and staff have been “preventively isolated” and anyone in the organization who may have had contact with the infected person will be tested. . . . The Mooseheads were to have played host to the Charlottetown Islanders on Saturday night, but the game was postponed. . . . The Mooseheads’ Wednesday game against the visiting Cape Breton Eagles also has been postponed.

The SJHL posted a one-sentence news release on its website Saturday morning. This is it: “The La Ronge Ice Wolves at Melfort Mustangs game scheduled for Saturday, Nov. 21 has been postponed.” . . . The teams played Friday night in La Ronge with the Ice Wolves winning, 3-1. . . . If the Mustangs have been hit with a positive test, or tests, it will mark the second time in two months. They had a player test positive late in September. 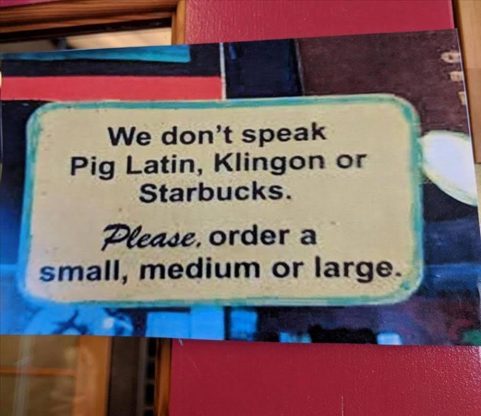 At the request of the family, I’ve been asked to pass along that Ken Squier has been moved from home to Copley Hospital in Morrisville Vermont, where he can receive a higher quality of care as he continues to battle the COVID-19 virus. Prayers to him and the family.

CBC News: Saskatchewan is reporting 439 new cases of COVID-19 for a new daily case record. The province says today’s numbers reflect the single-day high of 4,580 tests that were processed Friday. The province has 2,537 active cases, including 93 people in hospital.

CBC News: (Saturday) marks the 4th time Alberta has reported more than 1,000 cases in a single day. 320 people are currently in hospital and 56 are in intensive care. A woman in her 20s was among the 9 deaths reported today. . . . Alberta is reporting a record 1,336 new cases of COVID-19, as well as 9 new deaths related to the virus. This is the 3rd day in a row that the province has seen a record number of new cases.

In B.C., government and health officials, unlike in other jurisdictions in Canada, don’t supply updates on Saturdays or Sunday. Unfortunately, the virus doesn’t take the weekend off, so we’ll get some huge and ugly numbers on Monday afternoon.

CBC News: Quebec is reporting 1,189 new cases of COVID-19. The province has added 32 deaths to its total, 5 of which occurred in the past 24 hours. . . . 646 people are in hospital, including 99 in intensive care. The latest major outbreak in the province is at a Quebec City convent, where 39 nuns and 43 workers have tested positive.

CBC News: 23 new cases of COVID-19 have been reported in New Brunswick. It’s the province’s largest single-day case count since the start of the pandemic. 16 of the new cases are in the Saint John region. There are now 71 active cases in the province, including 1 person in hospital.

CBC News: Nova Scotia is reporting 8 new cases of COVID-19 for a total of 33 known active cases. All 8 new cases are in the Central Zone. 2 are linked to previously reported cases; the other 6 cases are being investigated. No one is currently in hospital.

CBC News: 5 new cases of COVID-19 have been reported in Newfoundland and Labrador. All 5 are linked to previously reported cases. There are now 18 known active cases in the province, including 1 person in hospital. 58,601 people have been tested in N.L. to date.

CBC News: 25 new cases of COVID-19 have been reported in Nunavut. 22 of the cases are in Arviat and 3 are in Whale Cove. There are now 107 known active cases in the territory.

Watched with some trepidation a few weeks ago as NCAA football returned and some schools like Clemson and Texas A&M had thousands of maskless fans in the stands.
Now cases are spiralling above 200,000 a day and NCAA football shares the blame.

So in this year of pandemic, it has come to this. . . . Florida State and visiting Clemson were to have played a football game on Saturday but, according to the ACC, it was postponed because the teams’ medical personnel couldn’t mutually agree on moving forward. . . . Andrea Adelson of ESPN reported: “Multiple sources told ESPN that a Clemson player tested positive for COVID-19 on Friday after practising with the Tigers during the week. That player was symptomatic but had tested negative twice during the week, according to sources. That led Florida State to say it was not comfortable playing Saturday’s game, the source said.” . . . The postponement came after the Tigers had flown into Tallahassee on Friday.

The season-opening series between the men’s hockey teams from Boston College and New Hampshire was postponed. The teams were to have played Friday and Saturday at BC. The decision was reached after a UNH player tested positive. . . .

The San Francisco Chronicle is reporting that “more than 200 people” who live or work at Golden Gate Fields, a horse racing facility in the Bay Area, have become infected with COVID-19. The track was closed on Nov. 13 after 24 positive tests on track workers.

JUST NOTES: The junior B Vancouver Island Junior Hockey League is on hold until further notice. The nine-team league had shut down its North Division on Nov. 10 after a positive test at Dover Bay Secondary School in Nanaimo, which is attended by some players. Then B.C. health officials implemented further restrictions on Nov. 19 that are to last until at least Dec. 7. . . . Bob Bartlett, a former WHL executive, has been honoured with a life membership from Hockey Alberta. Bartlett, now 79, was the Lethbridge Hurricanes’ general manager for five seasons (1990-95). He later spent five seasons working with the Moose Jaw Warriors before returning to the Hurricanes with whom he now is senior scout.