The Portland Winterhawks, preparing for their first WHL season under new ownership, unveiled their new look on Wednesday, as they dumped the Indian chief logo they had worn since debuting in Portland in 1976.

Originally, the Winterhawks had been the Edmonton Oil Kings. The franchise made the move south in time for the 1976-77 season. Ownership at that time had ties to the Chicago Blackhawks and accepted the NHL team’s offer of a set of used jerseys, which is how that logo made its way to Portland.

“We are so proud to finally have our own identity,” Michael Kramer of Winterhawks Sports Group, a co-owner and managing partner, said in a news release after the unveiling. “We feel our new look is fresh and unique, one that we are excited about and believe our community will be as well.”

More from the news release:

“Also featured on the bird head are two feathers, carrying the legacy of the franchise’s roots and serving as a subtle nod to the feathers in the previous logo. The bottom of the hawk’s head includes Mount Hood in the aforementioned new squall gray, an iconic mountain from the Cascade Range synonymous with the Portland area. Located within the Mount Hood figure are also the letters ‘W’ and ‘H,’ for further characterization of Winterhawks.”

Again, from the news release:

“The refreshed color scheme can also be seen in the club’s new secondary logo, which features a revitalized edition of the ‘Portland P’ that the team has utilized in the past. The logo will be worn on the team’s jerseys as a shoulder patch, with the P being in gold font at the forefront of two hockey sticks in squall gray. ‘Est. 1976’ — a nod to the 45-year success of the franchise in The Rose City, one of the longest tenured in the WHL — is also included on the patch. ‘Winterhawks’ can be seen hung in a banner atop the logo.”

Visit https://t.co/gDj19fZTfM to learn about the inspiration and story behind the logo! pic.twitter.com/oQtQQ85SwC

Gotta hit you guys with another one of this Alternate…Our Jack Head logo looks real sharp in Gold.
•
•
📸: Rob Wilton pic.twitter.com/5aw0DJvIvC

The Everett Silvertips have acquired D Jonny Lambos, 20, from the Brandon

Wheat Kings for a seventh-round pick in the WHL’s 2023 draft. . . . Lambos, from Winnipeg, has five goals and 14 assists in 126 regular-season games, all with Brandon. He had two assists in 21 games in the Regina hub earlier this year. . . . He was selected by the Victoria Royals in the third round of the WHL’s 2016 bantam draft. Brandon picked him up in a January 2018 trade. . . . His 18-year-old brother, Carson, is a defenceman with the Winnipeg Ice and is likely to be a first-round selection in the NHL’s 2021 draft on July 23. . . . The Silvertips ended the 2021 developmental season with five 2001-born players on their roster — D Zach Ashton, F Hunter Campbell, F Gage Concalves, F Jalen Price and G Dustin Wolf. . . . Brandon still has six such players on the roster with which it finished the season — Finnish F Marcus Kallionkieli, G Ethan Kruger, F Ben McCartney, D Chad Nychuk, D Neithan Salame and D Braden Schneider. Last week, the Wheat Kings dealt D Rylan Thiessen, 20, to the Swift Current Broncos for a conditional ninth-round pick in the 2021 draft.

The Spokane Chiefs have signed D Tsimafei Kauharenia, 18, of Belarus to a WHL

contract. . . . An interesting note from the Chiefs’ news  release: “Kauharenia (previously listed as ‘Tomofei Kovgorenya’) was the Chiefs’ first-round pick in the 2021 CHL import draft.” . . . In 2020-21, Kauharenia had seven goals and nine assists in 26 games with the Minsk Bison of Vysshaya Liga. He also got into 17 games — he was pointless — with Dinoma Molodechno of Belarus’s top pro league. . . . The Chiefs now hold the rights to four import players, the other three being Czech G Lukas Parik, Czech D David Jiricek, who turns 18 on Nov. 28, and German F Yannick Proske, 18. . . . Parik has signed with the Ontario Reign, the Los Angeles Kings’ AHL affiliated. . . . Jiricek and Proske haven’t signed with the Chiefs.

contract. They selected him in the first round of the 2021 CHL import draft. . . . From Minsk, the 18-year-old had six goals and five assists in 24 regular-season games with his country’s U-18 team. He also played in the IIHF U-18 World Championship in Texas, putting up a goal and two assists in five games. . . . He also had two goals and two assists in 13 games with Dinamo Molodechno of the country’s top pro league, and one goal in two games with Minskie Zubry of Vysshaya. . . . The Hurricanes didn’t have any imports on the roster with which they concluded the 2021 developmental season. They did have one on their 2019-20 roster — D Danila Palivko of Belarus. He turns 20 on Nov. 30 and signed with Admiral Vladivostok of the KHL earlier this month.

So . . . when the Olympic Summer Games open on July 23 is the story going to be the competitions involving the athletes or the competition between the human race and COVID-19?

“Tokyo reported the highest number of new COVID-19 cases in almost six months on Wednesday, with the Olympics due to open in the capital in just nine days,” reads a report from Thomson Reuters.

“The city government said there were 1,149 new cases, the highest daily tally since Jan. 22, adding to evidence that a new fifth wave of infections is under way, driven by more infectious virus variants and a low vaccination rate. . . .

“Just 31 per cent of people in Japan have received at least one COVID-19 inoculation dose, among the lowest rate among wealthy countries, according to a Reuters tracker. The vaccination push finally gained steam last month, but has recently ebbed among supply and logistical snags.

“The Delta variant now accounts for more than 30 per cent of cases in Tokyo, and the rate is climbing.”

One of these days, if it hasn’t already been done, an editorial cartoonist is going to redesign the Olympic logo using colourized versions of the graphic that represents the virus.

An Olympics-related note from Jesse Campigotto of CBC:

“In a pandemic-induced change to the traditional practice of an official placing the hardware around athletes’ necks on the medal stand, medals ‘will be presented to the athlete on a tray and then the athlete will take the medal him or herself,’ IOC president Thomas Bach said. Medallists and officials will also be required to wear masks, and no fans are allowed at any Olympic venues, so these ceremonies will look a lot different in Tokyo.”

seat in the house for their home-opener at IG Field on Aug. 5. But you will have to be fully vaccinated — meaning you will have to have had your second shot by July 21 — and have a Manitoba immunization card in order to attend. Also, children under 12 will be allowed in, but only if accompanied by at least one fully vaccinated parent. . . . The wearing of facemasks will be optional for fans. . . . The Blue Bombers, who haven’t played since winning the 2019 Grey Cup with a 33-12 victory over Hamilton on Nov. 24 in Calgary, are to entertain the Tiger-Cats in their opener. The stadium in Winnipeg has a capacity of 33,500. . . . Interestingly, provincial governments and health officials in Saskatchewan and Alberta have said the Roughriders, Calgary Stampeders and Edmonton Elks are free to open to full capacity and that fans don’t have to be fully vaccinated. 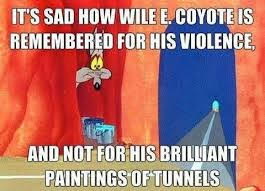 JUST NOTES: The WHL’s Everett Silvertips have lost veteran equipment manager James Stucky to the NHL’s Seattle Kraken. Stucky had been with the Silvertips since the franchise entered the WHL in 2003. . . . The Edmonton Oil Kings have signed Josh Mallory as their video coach and hockey operations co-ordinator. Mallory, 24, spent the previous three seasons working with the Brock U Badgers women’s team. . . .

The OHL’s Kingston Frontenacs have promoted Luca Caputi to head coach. As the club’s associate coach, he was on the bench for two seasons (2018-20) before the OHL lost its 2020-21 season to the pandemic. He replaces Paul McFarland, who was hired on May 8, 2020, and left to join the NHL’s Seattle Kraken as an assistant coach earlier this month. . . . Ryan Hawes, who played 20 games over two seasons (1993-95) with the WHL’s Spokane Chiefs, has joined the expansion Okanagan Lakers of the BCIHL as an assistant coach. A veteran coach, he has been coaching at various levels in the Okanagan since 2016. . . .

Ty Valin has signed on as general manager and head coach of the junior B Fernie Ghostriders of the Kootenay International Junior Hockey League. He had been an assistant coach with the AJHL’s Whitecourt Wolverines. In Fernie, Valin replaces Jeff Wagner, who now is associate coach and director of scouting with the BCHL’s Coquitlam Express. . . . Brodie St. Jacques has left the BCHL’s Salmon Arm Silverbacks to join the WHL’s Vancouver Giants as their equipment manager. He had been the Silverbacks’ trainer and equipment manager for two seasons. In Vancouver, he takes over from Shingo Sasaki, who has joined the Vancouver Canucks’ AHL affiliate, the Abbotsford Canucks. . . .

The QMJHL’s Moncton Wildcats announced Wednesday that head coach Daniel Lacroix will be back for a second full season, while assistant coach Josh Hepditch is returning for a fifth season. Moncton also has signed Antoine Samuel as its goaltending coach. Darryl Boyce and Ryan Salvis won’t be returning as assistant coaches, while Marc Theriault won’t be back as the goaltending coach. 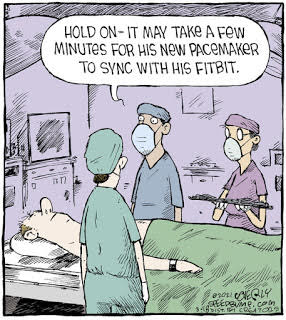