Proud to announce that the @PGCougars will team up w/ #hockeygivesblood to help create awareness for @CanadasLifeline stem cell registry. Over 80 diseases/disorders plus patients w/ leukemia, lymphoma, aplastic anemia can be treated w/ a stem cell transplant. @TheWHL @CHLHockey pic.twitter.com/o62mQIDTzZ

D Ben Betker (Portland, Everett, 2011-15) has signed a contract for the rest of this season with Detva (Slovakia, Extraliga). This season, he had one goal and four assists in 15 games with the Kalamazoo Wings (ECHL). . . .

On the ninth day of our annual Christmas countdown, I’ve got a pair of tunes for you (because I didn’t post on the eighth day). Both of these feature Michael Bublé, who brings a WHL flavour because he owns a piece of the Vancouver Giants.

If you click right here you’ll find him and Blake Shelton, with the Christmas version of Home.

And if you click right here, you’ll find him with Bing Crosby performing White Christmas.

According to Ron Robison, the WHL’s commissioner, there will be an announcement “very soon” pertaining to the future of the Kootenay Ice, a franchise that plays out of Cranbrook, B.C.

The Ice is in its 21st season in Cranbrook. This is the franchise’s second season under the

ownership of Greg Fettes and Matt Cockell, who purchased it from the Chynoweth family. Fettes and Cockell are Winnipeggers and there has been speculation most of this season that they will relocate the franchise to the Manitoba capital once this season is done.

To date, there has been little in the way of comment from the WHL office or from the Ice owners.

Robison made an appearance with Dean Millard on Edmonton’s TSN radio outlet (1260) on Wednesday and talked about various things related to the WHL.

Here is Robison’s response to a question about the Ice situation:

“We’re going through a process and I think that we’ve been very patient first of all with the Kootenay market . . . previously with the Chynoweth ownership which had some difficulty . . . it’s been well-publicized over the years and I think the new ownership has come in and done exactly what we wanted them to do and that was commit to that market and to make every effort to get things turned around.

“But we’ll be going through an exercise here as we’ve indicated and we’ll be very soon making an announcement as to what the future of that franchise is. But we gotta be very conscious that there’s been some great support in Kootenay over the years and the ownership have done what they can do to try and get things turned around.”

Robison didn’t sound at all comfortable in talking about the Ice and there weren’t any follow-up questions.

The complete interview is right here.

The Saskatoon Blades have signed D Spencer Shugrue, 15, to a WHL contract. Shugrue

was a ninth-round selection in the 2018 WHL bantam draft. . . . He has dual American-Canadian citizenship and presently lives with his family in Los Angeles, where he plays for the U-16 Jr. Kings of the T1EHL. In 17 games, he has three assists. . . . Last season, he was at the Delta Hockey Academy, where he had one goal and 11 assists in 28 games with a bantam prep team.

Barkley Swenson, a former WHL player, has been sentenced in Prince Albert Provincial Court to four months in jail on charges of possession of stolen property and breach of court conditions. According to Charlene Tebbutt of panow.com, “Swenson is to serve the four-month term on top of a 15-month sentence that he received in November in Melfort on charges of assault and uttering threats.” . . . Swenson, now 44, played 150 games in the WHL — 80 with the Prince Albert Raiders and 70 with the Tacoma Rockets — over four seasons (1990-94). . . . Tebbutt’s story is right here.

Feel free to click on the DONATE button over there on the right and help the cause. Thanks in advance, and Merry Christmas.

The President withdrew from Syria, which was a surprise to The Pentagon and also to Trump who was actually just trying to remove Siri from his phone.

“Bob Brown is one of the most highly respected, knowledgeable hockey minds in the business."

Bob Brown, the architect of three Memorial Cup championship teams, is back in the WHL, this time with the Vancouver Giants with whom he served as a vice-president in

2001-02, their first season in the WHL. . . . The Giants announced on Friday morning that Brown has been hired to fill the new position of senior advisor. . . . Brown has spent the past 16 seasons as a scout with the NHL’s Edmonton Oilers. . . . Before that, he was the general manager of the Kamloops Blazers for 10 seasons (1986-95) and is generally recognized as the man who built the Kamloops teams that won the Memorial Cup three times in four years (1992, 1994, 1995). He was unceremoniously fired two weeks after the Blazers won the third of those championships. . . . In his time in Kamloops, the Blazers won 435 games, seven division titles and five WHL championships. . . . Brown then went on to work for five seasons (1995-2000) as the vice-president and general manager of the Tri-City Americans. . . . Brown was inducted into the B.C. Hockey Hall of Fame in Penticton as a builder in 2009. In 2013, Brown also was part of the B.C. Hockey Hall of Fame proceedings as the 1993-94 and 1994-95 Blazers were inducted. . . . Barclay Parneta, the Giants’ recently hired GM, worked as a scout under Brown with the Americans, who were owned at the time by Ron Toigo, who is the Giants’ majority owner.

Day 1 of try outs. First time on ice since April 5. BIGGEST SMILE momma and I have ever seen. Thanks Chris Cederstrand and Okotoks Rink for this. Yes Corban Knight (Flyers) and Erika and I were out there also. It is NOT easy. pic.twitter.com/NXOyFqc6kf

The Kootenay Ice has acquired F Gunnar Wegleitner, 20, from the Brandon Wheat Kings 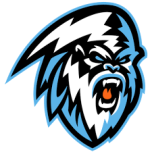 for a conditional sixth-round selection in the WHL’s 2019 bantam draft. . . . Wegleitner, from Vancouver, B.C., had 10 goals and nine assists in 57 regular-season games last season. In 2014-15, he had one goal in 43 games with the Everett Silvertips. In 2016-17, he was pointless in 12 games with the Victoria Royals. . . . The Ice now has five 1998-born players on its roster, as Wegleitner joins Slovakian D Martin Bodak, who would be a two-spotter, D Dallas Hines, a veteran of three seasons in Cranbrook, D Ryan Pouliot, who has played two-plus seasons with Kootenay, and G Matt Berlin, who was acquired from the Seattle Thunderbirds on Jan. 8. . . . Taking Note has been told that Bodak, who will turn 20 on Nov. 28, hasn’t yet made a decision as to whether to return for a second season with the Ice. It could be that he and his agent are hoping to land a contract with a team in Europe. . . . The trade leaves Brandon with three 20-year-olds on its roster — D School Higson, F Linden McCorrister, and F Ty Lewis, who has signed with the NHL’s Colorado Avalanche and may open the season with the AHL’s Colorado Eagles.

Jennifer Gilligan as their goaltending coach. Gilligan has worked with Next Level Goaltending in Abbotsford, B.C., and The Advantage Hockey Development in Vancouver for eight years. According to the Panthers’ website, she also “is the manager and senior instructor at Pro Formance Goalie School and the female varsity assistant coach at the Delta Hockey Academy.” . . . Gilligan also has worked as an assistant coach with Team BC at the National Aboriginal championship and is an apprentice coach with the U-18 Team BC that will play in the 2019 Canada Winter Games.

By now there is ample evidence that having children limit their experience to one sport isn’t a good thing. There is more of that right here in a story by Anna Wassermann of CBC News that carries the subhead ‘Medical evidence shows kids who play one sport year-round are at greater risk of injury.’

Again: Donald Trump always wanted to own an NFL team. Now he owns the league.