The CFL now says it won’t get started until sometime in July at the earliest.

With the cities of Calgary and Ottawa having locked down all facilities through June 30, the CFL really wasn’t left with much choice.

The league still hopes to play a full season, meaning 18 regular-season games for each team. But that doesn’t seem likely with the Grey Cup game scheduled for Regina on Nov. 22.

“It’s tough. I’m still hopeful, but nobody knows how any of this is going to play out. It’s going to evolve over time, but now it’s a matter of keeping people safe.

“This is bigger than sports and entertainment right now. People have to stay patient and stay hopeful and understand this. We’ll get through this and eventually we’ll have football.”

In the meantime, Major League Baseball apparently has been discussing options, one of which would involve taking all of its 30 teams to Arizona, holding mini-training camps of some sort, and then playing regular-season games in empty facilities throughout the state.

Joel Sherman of the New York Post has taken a look at MLB, this particular option and the logistical nightmare that would be involved in making it work. That’s all right here.

“But this possible plan floated by MLB — which likes to send out more trial balloons than the United States Weather Service — is rife with holes, wishful thinking, dangerous assumptions and unsolvable quandaries.

“Beyond that, is it really wise to be putting so aggressive a timeline on baseball’s return at a time when the full scope of coronavirus’ devastation is still being felt?

“As much as we all covet the return of live sports in general, public health is still paramount, and I have a hard time wrapping my brain around how this advances that cause. COVID-19 is not an illness that adheres to the calendar. We’ve already learned in painful fashion, as the reopening of various elements of society keep getting pushed back. To think we can control the timeline borders on recklessness.”

The problem with these ideas about how sports can return, even the outlandish ones, is that they give people false hope we’re close to getting back to normal. We’re not. https://t.co/2dFVVxcrhZ

I have to think MLB would have a hard time selling that plan to players and their wives. Here are three tweets from Eireann Dolan, the wife of Washington Nationals’ reliever Sean Doolittle:

“Y’all asking them to stay at their current salaries but also stay locked inside Baseball Biodome for an indefinite amount of time away from their families during a GD pandemic? This is a reckless and irresponsible kernel of an idea. Shut it down.”

“Let me clarify that I really want baseball back. But not if it’s not done safely, not if it requires sacrifices like this from people who make minimum wage, and not if it means redirecting badly needed medical and testing supplies away from the public and to a sports league.”

One Mets player who asked not to be identified has concerns about the idea of 30 teams playing an entire summer in Arizona: "It's the desert," he said. "Stuff doesn't live there, it dies there."

When looking at this one MLB option, the naysayers are forgetting one thing. It was just last month when Agent Orange told some state governors: “The virus that we’re talking about having to do, a lot of people think that goes away in April, with the heat, as the heat comes in, typically that will go away in April.” . . . Well, it gets real hot — REAL HOT! — in Arizona in the heart of the summer. So, if we are to believe Agent Orange, as millions seem to do, well, maybe MLB is on to something here. 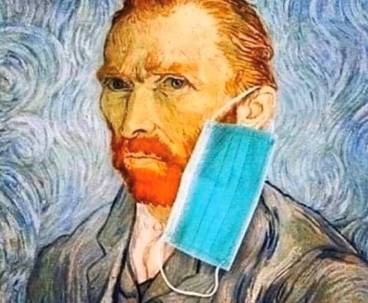 "He left such a positive attitude, a positive way to lead their lives – not just as hockey players, but as citizens."https://t.co/p8GNo1nhOf

The NFL’s 32 teams are to hold their 2020 draft April 23-25. It will be a virtual draft with everyone involved operating from the safety of their own homes.

So how might all of this work out. Here’s Pete Blackburn of CBS Sports:

“It’ll be interesting to see how the NFL approaches a fully virtual draft from a technical standpoint, not to mention how it’ll be covered on TV. I feel like there’s a good chance of chaos here. Are we going to see pets/toddlers/shirtless dads interrupt draft interviews on Skype? What if technology fails? What if Bill Belichick manages to hack the mainframe and rig the whole thing?

“If my experience with fully virtual fantasy football drafts is any indication, most GMs will be way too drunk by the middle rounds and at least two players will be auto picked after the front office loses wifi connection.”

When Pro Football Focus asked “Best defence in sports history?”, the response from @SportsPickle was “O.J. Simpson’s.” . . . Hey, hard to argue with that. 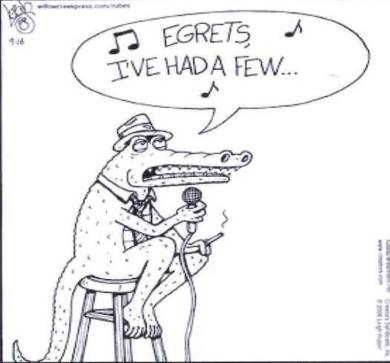 The plan was for NBC to provide 7,500 hours of content on various platforms from the 2020 Olympic Summer Games in Tokyo in July. Of course, those Games now are scheduled for 2021. . . . Jack Finarelli, aka The Sports Curmudgeon, had a couple of ideas on how NBC will fill the time now:

“NBC has a cache of Law and Order SUV episodes that date back about 20 years.  If they play them sequentially as reruns, we can watch Marissa Hargitay’s career progression from Detective through Captain.

“NBC has available reruns of Chicago Fire, Chicago P.D and Chicago Med.  Maybe they will have time to produce a few episodes of a new series — Chicago Veterinarian — to augment that line of broadcasting.”

And here is his Thought of the Day, this one from H.L. Mencken: “A judge is a law student who grades his own examination papers.”

The Canadian Grand Prix that was to have been held in Montreal, June 12-14, has been postponed. Formula One’s first eight races have either been cancelled (two) or postponed (six). The Canadian race is No. 8 on the calendar. . . . A further decision is expected this month. . . .

Former NHLer Craig Ramsay is the head coach of the Slovakian national men’s hockey team. He said Tuesday that he is forsaking his salary while he, like so many others, is unemployed and waiting to go back to work. . . . Ramsay is believed to be earning €140,000 a season, which is about Cdn$213,000. . . .

Happy for the @WHLsilvertips getting to host the WHL final tonight. Since 2008, all 5 US Division teams have made at least one appearance in the final. Kelowna is the only BC team to play in the final in that span.

F Glenn Gawdin scored his third goal of the game at 2:40 of OT to give the Swift Current

Broncos a 3-2 victory over the host Everett Silvertips in Game 3 of the WHL’s championship final for the Ed Chynoweth Cup on Tuesday night. . . . The Silvertips gave up a third-period lead for the second time in two games, both of which they lost in OT, and now trail the best-of-seven series, 2-1, with Game 4 in Everett tonight. . . . They’ll play Game 5 in Everett on Friday. . . . Gawdin, the Broncos’ captain, has 12 goals in these playoffs. He had a game-high eight shots on goal last night. . . .

Gawdin threw a knuckler toward Hart who knocked it away, then Gawdin dove to bury his own rebound

Everett F Patrick Bajkov left the game in the second period, but returned for the start of the third. However, he left the bench, along with trainer Blake Draughon, early in the third period. Bajkov and Draughon were back a few minutes later. . . . D Colby Sissons had two assists for the Broncos. . . . F Jake Christiansen had two assists for Everett. . . .

Swift Current got 37 saves from G Stuart Skinner, while Everett’s Carter Hart turned aside 29 shots. . . . Referees Jeff Ingram and Steve Papp gave five of the game’s seven minors, including the last four, to the Broncos. . . . Everett was 0-4 on the PP; Swift Current was 0-1. . . . Announced attendance: 4,872.

2018-19. The Giants announced Tuesday that they will play two December games at the 16,281-seat Pacific Coliseum. . . . The team isn’t yet able to reveal the dates and opposition, but said in a news release that one of the games will be the annual Teddy Bear toss tilt. . . . The Giants spent 15 years playing out of the Pacific Coliseum before moving to the 5,276-seat Langley Events Centre prior to the 2016-17 season. . . . The Pacific Coliseum, the original home of the NHL’s Vancouver Canucks, will be celebrating its 50th anniversary in 2018-19.

The 2018 World Junior Summer Showcase is to be held in Kamloops, from July 28 through Aug. 4. The 11-game tournament will feature teams from Canada, Finland, Sweden and the United States. . . . Last summer, this event was held in Plymouth, Mich., and featured six teams, including two each from Canada and the U.S. . . . You will have to excuse me if I don’t get excited about this event. It has long been my opinion that top-end junior players don’t need high-intensity competition in the middle of summer when they are about three weeks from the opening of training camps and the beginning of another meat-grinder of a season. . . . But, hey, ticket packages are available, starting at $99 plus applicable fees.

Not gonna lie, don't think I am ever gonna get used to spring and summer hockey. NHL and Jr. playoffs are the only ones that should be on the ice right now. Reading about it is even worse. #multisportathletes

It seems to be a foregone conclusion that Seattle will be granted an expansion franchise by the NHL in the not-too-distant future. Once that happens, the NBA is expected to be eager to return to Seattle. Geoff Baker of the Seattle Times writes right here about the fact that Seattle has the population base to support such teams, but “we face challenges getting that population to games in the city.” . . . This is interesting stuff.

Unless you were really incommunicado on Tuesday night, you will be aware that southpaw James Paxton of the Seattle Mariners threw a no-hitter in beating the host Toronto Blue Jays, 5-0. . . . Paxton, of course, is from Ladner, B.C. . . . Larry Stone of the Seattle Times writes that “we are seeing Paxton develop into a start right in front of our eyes, a No. 1 starter in full bloom.” . . . That column is right here.