SUNDAY NOON READ: We take a look back at the barnstorming endeavours of @baseballhall great Satchel Paige & his trips north of the border in #Alberta. It included stops in #MedHat & #Ponoka. #Baseball #NegroLeagues100 #BlackHistoryMonth https://t.co/2LRou63w2R

If you are a baseball fan, you need to be aware of the website Alberta Dugout Stories. You are able to find it at albertadugoutstories.com. As a sampler, check out the story at this link right here, where Ian Wilson writes about a wily right-hander named Leroy (Satchel) Paige and others who toured the Prairies at one time or another. . . . This is really, really good stuff.

Fred Biletnikoff’s dipping into the Stickum here like Winnie the Pooh destroying a honey jar … pic.twitter.com/47Dur9HKte

Jack Finarelli, aka The Sports Curmudgeon, has been giving up some of his time to watch XFL games. A couple of pertinent observations: “I do not like the fact that the XFL has doubled the number of sideline reporters doing the games; sideline reporters are as useful as a trombone player in a duck blind. . . . A big plus for XFL 2.0 is the absence of any cheerleaders.  They add about as much to a telecast as do the sideline reporters.”

The Sports Curmudgeon also had this observation, one that applies to hockey as well: “There is a broadcasting difference between dead air’ (very bad) and ‘announcers’ silence to let the scene speak for itself’ (usually very good). The announcers on XFL games need to shut up every once in a very long while.” 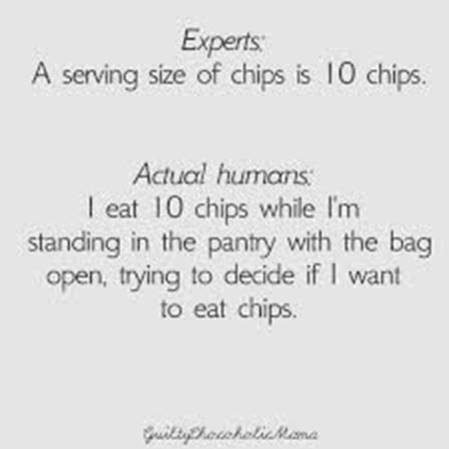 G Liam McGarva, 20, who won a Kootenay International Junior Hockey League title with the Revelstoke Grizzlies last season, has been suspended until March 11 by the SJHL. McGarva, who turned 20 on Feb. 17, now is with the SJHL’s La Ronge Ice Wolves. He was suspended after using his water bottle to squirt a referee, then, as he was being escorted off the ice after being ejected, shoving a linesman with his blocker. . . . Brady Lang of Saskatoon radio station CKOM has all the bases covered right here.

They started out with Jacques Laporte who went 6-5 before moving to Pierre Pelletier who was 2-1 before being replaced by Michel Therrien. He guided to the club with a personal 41-16-1 record to adding 14 wins in the playoffs and eventually bowing to the Saguenéens in the Final. https://t.co/Eh16daUE8z

It used to be that Bruce Hamilton, the owner, president and general manager of the Kelowna Rockets, didn’t fire head coaches. And when one did leave, he always seemed to

have an assistant coach poised to take over. . . . That changed when Dan Lambert left for the NHL’s Buffalo Sabres and Hamilton went outside his organization to hire Brad Ralph, who was gone after a 48-20-4 regular season and a trip to the Western Conference final. . . . Jason Smith, another outsider, was hired on July 6, 2016; his run ended on Oct. 22, 2018, with Hamilton saying that “we need to go in a different direction.” The Rockets were 4-10-0 at the time of the firing; Smith left with a 92-54-12 record in two-plus regular seasons. . . . At that time, Hamilton bypassed assistant coach Kris Mallette, this time hiring another outsider, former NHL defenceman Adam Foote. . . .

On Wednesday, Hamilton, whose team is to play host to the Memorial Cup in May, pulled

“The team has struggled since the Christmas break,” Hamilton said in a news release. “With 14 games remaining in the regular season, I felt a change was necessary at this time.” . . . He later told Regan Bartel, the team’s radio voice: “Part of success is being able to handle adversity and this group hasn’t handled adversity real well. That’s from playing scared to win, or scared not to lose probably is the better line. That’s what’s set in here a little bit. Hopefully, a new voice will change that.” . . . Except that Mallette isn’t a new voice; he is in his sixth season on the Rockets’ staff. . . .

The Rockets hold down the Western Conference’s first wild-card spot, two points ahead of the Seattle Thunderbirds. . . . Finish in the first wild-card spot and it likely will mean a first-round date with the Kamloops Blazers, who lead the B.C. Division. The second wild-card spot is likely going to get you the Portland Winterhawks in the opening round. . . .

Oh, and did I mention that F Nolan Foote, Adam’s son and the Rockets’ captain, is spending some time with the New Jersey Devils, who want their medical staff to check him over. The Devils acquired him from the Tampa Bay Lightning on Sunday. Due to injury, Nolan has played in only four games since Nov. 30. He played a bit in a 6-5 OT loss to the visiting Calgary Hitmen on Monday — the Rockets blew a 5-1 lead — but wasn’t able to finish. The Lightning had selected him in the first round, 27th overall, of the NHL’s 2019 draft. . . .

Still with fired coaches, the NBA’s Cleveland Cavaliers have dumped head coach John Beilein after just 54 games; they were 14-40. He joined the Cavs prior to this season, after spending 12 seasons with the U of Michigan Wolverines. . . . Don’t cry for him, though — he had four years and more than US$16 million left on his contract when he left town.

Being also psychic, I suspect Trump will be up all night holding a seance so he can pardon Jeffrey Epstein’s ghost.

It is pretty much agreed that CF Mike Trout of the Los Angeles Angels is the best player in MLB. On Monday, he spoke to reporters about the cheating scandal that is eating up the Houston Astros: “It’s sad for baseball. It’s tough. They cheated. I don’t agree with the punishments, the players not getting anything. It was a player-driven thing. It sucks, too, because guys’ careers have been affected, a lot of people lost jobs. It was tough. Me going up to the plate knowing what was coming — it would be pretty fun up there.” . . . The Angels play seven of their first 10 regular-season games against the Astros, opening with four in Houston, March 26-29. . . .

BTW, word out of Vegas is that the over-under on the number of Houston hitters who will be hit by pitches this season is 83.5. . . . During the 2019 season, only 41 Astros hitters were plunked; the MLB average was 66.

Try explaining to your kids sometime that TV used to just *stop* every night … pic.twitter.com/RBUXqxU1Pa

There are reports that QMJHL governors, who are meeting today (Thursday) may vote to ban fighting. I have no idea what steps the governors might take, but it’s about time. . . . It’s also more than past time for the WHL to follow suit. In this day and age, there simply is something wrong about charging admission for an event in which teenagers are allowed to punch each other in the face with bare knuckles and little in the way of consequences.