On this day in 1901, the inventor of the ice resurfacer, Frank Zamboni, was born in Eureka, UT.

The Kelowna Rockets announced on Wednesday morning that F Erik Gardiner has retired.

Gardiner, an alternate captain, was in his third season with the Rockets. The Regina Pats

selected him in the second round of the WHL’s 2014 bantam draft.

The Rockets acquired Gardiner and D James Hilsendager from Regina on Nov. 30, 2016, for D Jonathan Smart.

Gardiner, 19, is from Humboldt. He played minor hockey in the Saskatchewan community and also played 25 games with the SJHL’s Humboldt Broncos in 2016-17. Yes, he lost friends in the April 6 crash involving the Broncos’ bus.

“Due to health and personal reasons, I thought it was time to step away,” Gardiner said in a news release. “I want to focus on different things and take care of myself.”

Why I question junior players getting rid of visors upon turning pro. Erik Gardiner’s shield after blocking shot last night with his head. pic.twitter.com/vpey4RYqLR

Gardiner was limited to 31 games in 2017-18, losing a chunk in the middle of the season after being struck on the head while blocking a shot during a 4-3 OT victory over the visiting Tri-City Americans on Oct. 27. The impact of the shot actually broke his visor, but Gardiner returned and drew the primary assist on the winning goal.

Here’s what Regan Bartel, the Rockets’ radio voice, wrote on his blog at the time:

“With many in the building gasping as Gardiner went down in considerable pain and the replay was shown on the video screen, Gardiner took off his helmet, rubbed his head a few times before eventually making his way to his feet. Surprisingly, Gardiner stayed in the game, blocked another key shot on an Americans’ power play in overtime and then set up Carsen Twarynski for the game winner.”

One night later, Gardiner was in the lineup again, picking up two primary assists in a 4-2 victory over the Prince George Cougars in Kelowna.

However, he didn’t play again until Feb. 9 as he tried to overcome post-concussion symptoms.

In mid-April, Gardiner spoke about his Humboldt connections with Larry Fisher of the Kelowna Daily Courier. That story is right here.

The GSL Group, which owns the WHL’s Victoria Royals, has purchased the Delta Hockey Academy from the Delta, B.C., School District, for $1. The academy is based out of Planet Ice in North Delta, a facility owned by the GSL Group, which was founded by Graham Lee. . . . Sandor Gyarmati of the Delta Optimist has the story right here.

The junior B North Okanagan Knights of the Kootenay International Junior Hockey League, who play out of Armstrong, B.C., have signed Dean McAmmond as their head coach, replacing the fired John Van Horlick. . . . Van Horlick was dismissed last week, with assistant coaches Liam Mconie and Graham Watkins running the team for a bit. They remain on staff to work with McAmmond, a former WHL and NHL forward. Joey Guerra also remains on staff. . . . Dallas Keller, the Knights’ general manager, told the Vernon Morning Star that Van Horlick will be staying with the organization as a scout and consultant. . . . That story is right here. 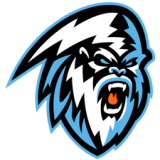 Søgaard tweaked something in the hip area. Clouston says he doesn’t think it’s too serious but will know more tomorrow

Brodan Salmond (@Brods_1) made 18 saves in his return to Kelowna in a 5-1 win over the Rockets and was the Warrior of the Game pic.twitter.com/cXhjclWK82

The Moose Jaw Warriors scored the game’s last five goals and beat the Rockets, 5-1, in 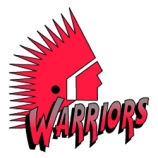 We're lowering prices on #AHLTV packages for the second half of the season.

Don't miss a step on the road to the #CalderCup Playoffs! pic.twitter.com/yOwN4z1Idy

this morning (Thursday) at 8 o’clock.

It could be that the Giants will announce the signing of Jamie Heward as an assistant coach. Taking Note was told earlier in the week that he had signed with the Giants, taking the place of Dean Chynoweth on the coaching staff.

Chynoweth spent one season as the Giants’ associate coach. On Wednesday, the NHL’s Carolina Hurricanes announced that they had signed Chynoweth as an assistant coach.

Heward, 47, is from Regina. He spent the past six seasons as an assistant coach and director of player development with the Broncos.

A defenceman in his playing days, he skated with the Regina Pats for four seasons (1987-91). Michael Dyck, preparing for his first season as the Giants’ head coach, was a teammate of Heward’s for two of those seasons (1987-89).

The Swift Current Broncos have signed Gary Aubin as their director of player personnel.

Aubin spent the previous 11 seasons scouting northern Alberta for the Spokane Chiefs. From St. Alberta, Alta., Aubin also spent 11 seasons scouting for the Kamloops Blazers, and for 14 years was a chief instructor for the Canadian Trinity Hockey School. . . . Aubin will replace Jamie Porter with the Broncos. Porter had been with the Broncos since 2003, and had been the director of player personnel since 2006. He announced that he was leaving as Dean Brockman was named director of hockey operations and head coach. . . . Since that announcement, the Broncos’ entire scouting staff is believed to have resigned, as did associate coach Ryan Smith, who has joined the Medicine Hat Tigers as an assistant coach. The Broncos, however, have yet to acknowledge any departures on their website.

OHL champions — to sign on as an assistant coach with the NHL’s New York Islanders. Gruden spent two seasons as the Bulldogs’ head coach. . . . His departure means that each of the four teams that competed in the 2018 Memorial Cup will have a new head coach when the new season arrives. . . . The QMJHL’s Acadie-Bathurst Titan, who won the tournament, had to replace Mario Pouliot after he left to take over as general manager and head coach of the Rouyn-Norana Huskies. The Titan has since signed Bryan Lizotte to a three-year deal as head coach. . . . In Regina, the host Pats promoted Dave Struch from assistant coach to head coach. He takes over from John Paddock, who remains as general manager. . . . In Swift Current, the WHL-champion Broncos lost head coach Manny Viveiros to the NHL’s Edmonton Oilers when he joined them as an assistant coach. The Broncos later named Dean Brockman as director of hockey operations and head coach. . . .

The same thing happened after the 2017 Memorial Cup when the Windsor Spitfires, the host team, had to replace Rocky Thompson, while the Erie Otters lost Kris Knoblauch, the Saint John Sea Dogs had to replace Danny Flynn, and Steve Konowalchuk left the Seattle Thunderbirds.

John Van Horlick is the new head coach of the junior B North Okanagan Knights of the Kootenay International Junior Hockey League. He takes over from Bryan Perrier. According to the team, it and Perrier “parted ways two weeks ago.” . . . Van Horlick, 69, is a former head coach (1987-88) of the WHL’s New Westminster Bruins. . . . Kevin Mitchell of the Vernon Morning Star has more right here.

Dustin Howden, the head coach of the MJHL’s Neepawa Natives, now is the general manager, as well. Howden, from Deloraine, Man., has been the head coach through two seasons. . . . He takes over from Myles Cathcart as the team’s general manager. Cathcart, who had been with the Natives in one role or another for 25 years, resigned last month.

D Brendan Mikkelson (Portland, Vancouver, 2003-07) signed a one-year contract with Adler Mannheim (Germany, DEL). Last season, with Luleå (Sweden, SHL), he had 12 assists in 50 games. He was an alternate captain.

Jay Varady, a former coach with the Everett Silvertips, is the new head coach of the Tucson Roadrunners, the AHL affiliate of the NHL’s Arizona Coyotes. Varady heads for Tucson after one season as head coach of the OHL’s Kingston Frontenacs. . . . Kingston was 36-26-9 last season and reached the OHL’s Eastern Conference final, where they lost to the Hamilton Bulldogs. . . . According to a Coyotes’ news release, Varady signed a “multi-year contract.” . . . Varady, 40, is a native of Cahokia, Ill. He spent seven seasons (2003-10) in Everett, the first four as assistant coach and the last three as associate coach. . . . Varady is the Roadrunners’ third head coach in as many seasons. He takes over from Mike Van Ryn, who left after one season to join the NHL’s St. Louis Blues as an assistant coach. Van Ryn replaced Mark Lamb, who was dismissed after the 2016-17 season and now is preparing for his first season as general manager of the WHL’s Prince George Cougars.

D Brady Pouteau of the Regina Pats is expected to miss the beginning of the 2017-18 WHL season. Greg Harder of the Regina Leader-Post reports that Pouteau underwent shoulder surgery early in June. . . . The Pats are hopeful that Pouteau, 20, will return sometime in the second half of October. . . . He has four goals and 28 assists in 150 regular-season games. . . . Pouteau was a fourth-round selection by the Pats in the 2013 WHL bantam draft. He was traded to the Lethbridge Hurricanes on Jan. 5, 2017, then re-acquired at last season’s trade deadline.

Czech F Kristian Reichel, 20, is eligible to play a second season with the Red Deer Rebels, but it’s unlikely that he’ll be back in the WHL after signing a one-year contract with the AHL’s Manitoba Moose. Reichel signed the deal after attending the NHL-Winnipeg Jets’ development camp last week as a free agent. The Moose is the Jets’ AHL affiliate. . . . Last season, his first in the WHL, Reichel had 34 goals and 23 assists in 63 games. . . . He is the son of former NHL F Robert Reichel.

Bryant Perrier is out as general manager and head coach of the junior B North Okanagan Knights of the Kootenay International Junior Hockey League. The team announced the move on its Facebook page Saturday night, saying “the Knights and Perrier have parted ways.” . . . Perrier spent three seasons with the Knights, who play out of Armstrong, B.C.

Mike Sherman vs. a headset. Who ya got? pic.twitter.com/M0I5yxAZlI