The Spokane Chiefs own the first selection in the WHL’s 2021 prospects draft — formerly the bantam draft — that is scheduled to be held on Dec. 9. The draft usually is held in the spring — the last draft was held on April 22, 2020 — but the pandemic forced a move.

In announcing that the draft would be held in December, Ron Robison, the WHL

commissioner, said that making the move would allow “additional time for players in the 2006 age group to be evaluated following a challenging season due to the COVID-19 pandemic. We anticipate minor hockey leagues and tournaments will be fully operational in the fall . . .”

Because of the unique development season that the WHL completed last month, it came up with a four-phase process to determine the order of selection for the 2021 draft.

When all was said and done, the Chiefs had the first pick, something they last held in 2015 when they took D Ty Smith. The only other time Spokane has selected first overall was in 2006, when it took D Jared Cowen. Both players went on to captain the Chiefs, twice play for Team Canada at the IIHF World junior championship and become NHL first-round draft selections.

The Tri-City Americans hold the second overall pick on Dec. 9, a slot they have never before occupied.

The Brandon Wheat Kings hold the next two selections after trades with the Victoria Royals and Moose Jaw Warriors. Brandon also owns its first-round pick at No. 22.

On Jan. 10, 2018, the Wheat Kings got 2019 and 2021 first-round selections, along with D Jonathon Lambos and F Ty Thorpe, from the Royals for F Tanner Kaspick and F Cameron MacDonald.

Also at the 2018 trade deadline, the Wheat Kings dealt D Kale Clague to the Warriors for first-rounders in 2019 and 2021, a second-round pick in 2018, F Luka Burzan and D Chase Hartje.

Meanwhile, the Swift Current Broncos have the Nos. 6 and 7 picks. The first of those is their own selection, while they acquired the seventh pick from the Portland Winterhawks for G Joel Hofer. In the Jan. 9, 2019, swap, the Broncos also got a 2019 first-round pick, a second, fourth and fifth in 2020, and a third in 2019.

The Edmonton Oil Kings also hold a pair of first-round selections — one they acquired from the Kelowna Rockets at No. 13 and their own at 19th. On Dec. 14, 2019, the Oil Kings sent D Conner McDonald to the Rockets for that first-round pick and a third-rounder in 2023.

Moose Jaw, which dealt its pick to Brandon, has the 16th pick, having acquired it from the Saskatoon Blades. The Warriors actually acquired that pick from Victoria on Jan. 2020, in a deal that had F Brayden Tracey join the Royals.

As things stand at the moment, Saskatoon, Kelowna, Victoria and Portland are without first-round selections.

The draft lottery was today, but the actual WHL draft isn't until December 9th.

So, WHL G.M.s now have six months where they can trade these 2021 picks and know exactly what # overall pick they are getting/giving. No strategizing required anymore! 😀

According to Ryan Kennedy, a senior writer with The Hockey News, F Berkly Catton of Saskatoon is the 2021 draft’s “top prize.” In 2019-20, Catton had 108 points, including 58 goals, in 30 games with the U15 Saskatoon Bandits. In the pandemic-shortened 2020-21 season, he had one goal and one assists in five games with the U18 AAA Saskatoon Contacts.

The order of selection for the second and all subsequent rounds of the WHL draft were set by using the inverse order of the 2020-21 standings. Here is that order, excluding any trades that may already have been made:

The IIHF’s 2021 World women’s hockey championship will be played in Calgary, Aug. 20-31. . . . The 31-game, 10-team tournament is scheduled for WinSport Arena at Canada Olympic Park. . . . It was to have been held in April in Halifax and Truro, N.S., but was cancelled due to pandemic-related concerns. . . . As of now, teams are scheduled to arrive in Calgary on Aug. 10 and enter quarantine before being allowed to begin practising. . . . A tournament schedule has yet to be released. . . . Team USA has won the past five tournaments.

🚨🚨Rick Sparling is writing a book on the 30 year history of the Neepawa Natives. If you have played for the Natives and he has not spoken to you, he needs your help, call him at 204 668 6074. 🚨🚨 #alumni pic.twitter.com/Aq2VqPrR9M

Just to remind us that the pandemic isn’t yet in the rearview mirror, it now has laid claim to the 2021 CP Women’s Open that was to have been played at Shaughnessy Golf and Country Club in Vancouver. The only Canadian stop on the LPGA tour was to have been played Aug. 23-29. . . . The 2020 tournament also was cancelled. . . . The 2022 tournament is to be played at the Ottawa Hunt and Golf Club, then it is scheduled for Shaughnessy in 2023. . . . Earlier in the year, the PGA Tour’s RBC Canadian Open was cancelled. It had been scheduled for St. George’s Golf & Country Club in Etobicoke, Ont., June 7-13.

Dorothy will be taking part in her eighth Kamloops Kidney Walk, albeit virtually, on Sunday. If you would like to be part of her team, you are able to make a donation right here. . . . Thanks in advance for your generosity. 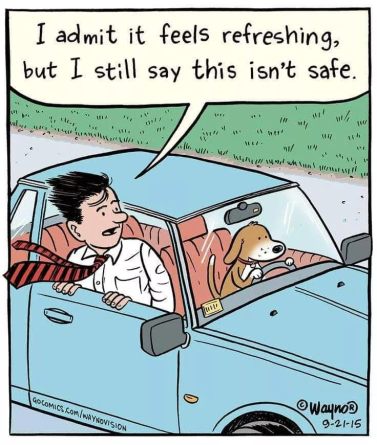