For most of our 17 years in Regina, Dorothy and I lived across Grosvenor Street from Marilyn and Bill Morrison and their three children — Tracy, Cindy and Cory. . . . All of us quickly became friends and then best friends. . . . To say that Cory was a sports fan would be something of an understatement. As a youngster, Cory never met a sports question he didn’t want to know the answer to, and having a guy living across the street who worked in The Leader-Post’s sports department and just might have some of the inside info, well, our conversations started with 20 questions and quickly grew from there. . . . He never did lose his love for sports as he journeyed through a life that would include diabetes and kidney disease. We spent an evening with him late in the summer of 2019, trying to answer any questions he might have about a potential kidney transplant and to offer him comfort. . . . Yes, there also were sports-related questions and lots of conversation. . . . We were heart-broken to wake up Saturday to learn that Cory won’t ever get to have that transplant because he died on Friday. He was 47. . . .

His sister, Tracy Morrison Johnson, who is responsible for the collage above, wrote this:

“Dad. Son. Brother. Uncle. Coach. Friend. Dog Lover. Comedian. Como. This is my brother. And it is with a most heavy heart that I write to say he lost his battle with Diabetes and Kidney Disease. He was 47. He was also passionate, stubborn, goofy, feisty, wicked smart and loving. He never forgot a sports stat in his life. And he made a unique and lasting impression on anyone he met. We will miss him and his loving heart and bad jokes terribly.”

Cory was all of that and more. I only hope that wherever he is he is able to find someone who will answer the questions and chuckle at his giggle. 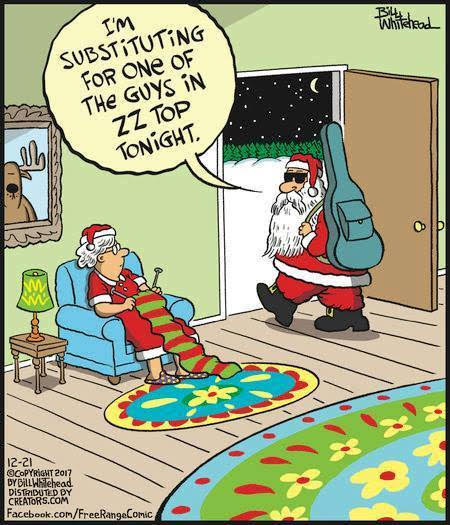 says is a “possible positive COVID-19 test within the Rimouski Océanic organization.” . . . The Océanic and Val-d’Or Foreurs and officials who worked the first two games of their series on Friday and Saturday are in “precautionary isolation.” . . . The Océanic and Foreurs were to have played tonight (Monday), but that game has been postponed. They also are scheduled to play on Wednesday. . . . A game between the Victoriaville Tigres and Blainville-Boisbriand Armada that was to have been played Sunday now will be played this afternoon. . . . All four teams are playing in Quebec City.

Meanwhile, there were three games in the WHL on Sunday night, with two of the teams completing their seasons. . . . There now are only three nights — and five games — remaining in this developmental season. . . .

In Kennewick, Wash., the Portland Winterhawks struck for five second-period

victory over the Spokane Chiefs in Kent, Wash. . . . It was the final game of the season for both teams. Seattle finished 10-12-1; Spokane wound up at 6-9-5 after losing its last four games (0-2-2). . . . Interestingly, Seattle G Jackson Berry stopped 21 shots and would have recorded his first WHL shutout had he not become embroiled in a fight with Spokane G Mason Beaupit at 19:29 of the third period. Scott Ratzlaff took over for the last 31 seconds but didn’t face any shots. Geoffrey Brandow (@Geoffrey Brandow) reports that it’s the “club’s first two goalie shutout in Internet Era.” . . . Beaupit had made 55 saves by the time he left, with Campbell Arnold finishing up. . . . F Keltie Jeri-Leon, playing his final WHL game and the 250th regular-season game of his career, had a goal and an assist. His 17th goal of the season, on a PP just 33 seconds into the second period, stood up as the winner. He finished the season with 27 points in 23 games. . . . F Mekai Sanders (1) and F Sam Oremba (2) also scored second-period goals. . . .

In Kamloops, the Kelowna Rockets scored a pair of first-period goals and went

When you’re looking for the top sports columnist these days, Sally Jenkins of the Washington Post is in the discussion. Here she is starting a column earlier this week:

“Somewhere along the line Baron Von Ripper-off and the other gold-plated pretenders at the International Olympic Committee decided to treat Japan as their footstool. But Japan didn’t surrender its sovereignty when it agreed to host the Olympics. If the Tokyo Summer Games have become a threat to the national interest, Japan’s leaders should tell the IOC to go find another duchy to plunder. A cancellation would be hard — but it would also be a cure.”

Still with the Washington Post, I subscribed because of one writer — Thomas Boswell, a hall-of-fame baseball writer and a wonderful wordsmith on any other subject he chooses to tackle. . . . I once attended a gathering of sports editors in Reston, Va., and Boswell led a session on column writing. Later, around a lunch table, I asked him how he reacted when a copy editor would want to change his copy. He replied: “I want a phone call.” . . . “No matter the time of day or night?” I asked. . . . “Definitely,” he replied. . . . From that point on, I never objected to being called at home about anything. . . . Boswell is retiring as of June 30. Oh boy, will I miss his words, especially on baseball. If you don’t know of Boswell, find a copy of Why Time Begins on Opening Day or How Life Imitates the World Series. You’ll be glad you did.

My col: After covering everything for 52 years, it's time to see what I missed. https://t.co/G37boEZRty

Kami Rita, a Nepali Sherpa guide, has successfully climbed Mt. Everest for the 25th time, breaking his own world record.

His first Everest ascent was in 1994, and he once climbed it 2x in a single week…BEAST.

“The Atlanta Falcons signed undrafted Jack Batho IV, a 6-foot-7, 315-pound tackle from South Dakota School of the Mines,” reports Dwight Perry of the Seattle Times. “Hey, if a guy from there can’t open a hole, who can?”

One more report from Perry: “Ian Nepomniachtchchi can’t play under the Russian flag in his upcoming world-championship match because of his country’s ban from international sporting competitions by the World Anti-Doping Agency. For the record, Nepomniachtchchi plays chess.”

An interesting note from Steve Simmons of the Toronto Sun: “How often has this been true? There are three Canadian men in the top 20 of the ATP Tour — Denis Shapovalov, Milos Raonic and Felix Auger-Aliassime — and no Americans in the Top 30.”

One more note from Simmons: “Marc-Andre Fleury has moved into third place all-time in wins for a goaltender. That’s an amazing accomplishment. It’s also skewed somewhat over time. There are no ties anymore in the NHL. Terry Sawchuk played in 171 tie games. Glenn Hall had 163. To place Fleury and Roberto Luongo ahead of Sawchuk and Hall in wins is true just not necessarily accurate.”

Rod Carew — now there’s a man who could hit! — remembers facing the great Bob Gibson one time: “When I was 20, I faced Gibby at an exhibition (game) in Florida. I tried to fill in a hole in the batter’s box and he told me, ‘Get in the box. I’m double parked!’ He knocked me down four times and walked me. As I walked to first base, he said, ‘Don’t even try to steal.’ I didn’t.”