A friendly reminder to hockey coaches everywhere. . . . If you are required to wear a facemask while behind your team’s bench or anywhere else in the arena, make sure you wear it properly — covering your mouth and your nose. . . . Someone emailed me a nice big photo of a coach that got prominent play in his local newspaper — unfortunately, he was using his mask as a chin diaper, and that’s just not a good look. . . . So make sure to wear it properly because in this day and age there are cameras everywhere, and part of your job is to set a good example. . . . Thank you!

Colby Cave, a former WHLer (Swift Current, 2011-15), died on April 11, a few days after suffering a brain bleed. He and Emily had been married for nine months when he died in Toronto. Due to hospital restrictions brought on by the pandemic, Emily wasn’t with her husband at the end.

On Thursday, she took to her Instagram account to express some feelings, words that have echoed around the globe and been picked up by all kinds of media outlets.

“I have kept my opinions regarding COVID to myself or people in my close circle but today I hit my breaking point with Alberta making new restrictions. I personally see & hear so many people complaining. I understand a lot of people feel that they won’t get it & if they did they would survive it.

“However, what would happen if your loved one became sick very fast with something else, was in a car accident, or was dying . . . & then because of the COVID restrictions you weren’t allowed to be with them?!?!

“So for goodness sake wear a mask, wash your freaking hands & it’s not the end of your world if you can’t go to house parties or do things that are essentially a ‘luxury’ in your blessed world because let me tell you . . . it’s not a luxury having your husband die alone. It’s not a luxury getting a phone call saying he’s dead compared to being there holding his hand. It’s not a luxury losing a loved one during a freaking global pandemic.

“If this insults any of my followers, unfollow me or grow up because until you’re in my shoes . . . which I pray to God you never have to be . . . your opinion can eat sh*t.”

Manitoba announces 5 more deaths and 437 new cases of COVID-19. That's higher than the province's average for the previous 7 days, which is 372. The province has also surpassed the 10,000-case mark. https://t.co/22XcdlRiS2

The MJHL’s Winnipeg Blues and Winnipeg Freeze, both of whom are under fire for holding unsanctioned practices in Warren, Man., last week, issued a lengthy apology on Friday. . . . Both teams are owned by 50 Below Sports and Entertainment, which also owns, among other properties, the WHL’s Winnipeg Ice. . . . Matt Cockell, the Ice’s president and general manager, is the president and governor of both the Blues and Freeze. . . . The apology, which doesn’t include any names and isn’t signed, runs to 1,511 words. . . . It goes to great lengths to rationalize what occurred. If you are one of us who takes this pandemic seriously, you might see all of this as a weak explanation about looking for loopholes. . . . Carter Brooks of gameonhockey.ca has more right here, including the entire, uhh, apology.

Columnist Paul Friesen of the Winnipeg Sun read the, uhh, apology and wrote: “Two Manitoba Junior Hockey League teams who flouted public health guidelines by staging practices just outside the city early this week have both apologized for and justified their actions.” . . . Perhaps the headline on Friesen’s column — “MJHL teams offer apology, but remain in hiding” — says more than anything. . . . His column is right here.

The Vancouver Giants have signed Keith McCambridge as their new associate

coach, replacing Jamie Heward, who left “to pursue a different hockey opportunity.” . . . Heward, who spent two seasons with the Giants, is expected to join the AHL’s Henderson Silver Knights as an assistant coach under Manny Viveiros. . . . McCambridge, a native of Thompson, Man., the hometown of former WHL coach of the year Jack Sangster, played four seasons in the WHL (Swift Current, Kamloops, 1991-95). He was a defenceman on the Blazers team that won the 1994 Memorial Cup. . . . The 46-year-old McCambridge coached in the AHL for 10 seasons, most recently as the head coach of the Hartford Wolf Pack (2016-19). The Wolf Pack is the AHL affiliate of the NHL’s New York Rangers, who chose to let McCambridge go after the 2018-19 season. . . . In Vancouver, McCambridge will work with head coach Michael Dyck, who leaves this weekend for Red Deer to join Canada’s national junior team for its selection camp. He is an assistant coach so will be gone until the World Junior Championship ends on Jan. 5. . . . WHL teams plan on bringing players in for brief training camps right after Christmas, and then hope to open their season on Jan. 8. . . . Steve Ewen of Postmedia has more on the Giants’ story right here.

The La Ronge Ice Wolves have been informed that a person who attended our game on November 6th at the Mel Hegland Uniplex has since tested posited for Covid 19. This exposure notice has been posted by the Saskatchewan Health Authority. We want to assure the public that all the

and since the positive case has undertaken a deep cleaning. We would like to thank all who attend our games for continuing to follow theses measures which will help keep us safe. We wish our fan a speedy and full recovery. pic.twitter.com/9TiO8f3hBV

like” the Flin Flon Bombers to play out of Creighton, Sask., which is located two km west of the Manitoba city. . . . The Bombers have put their season on hold because of Manitoba being on a province-wide lockdown. The Bombers were to have played a weekend doubleheader against the visiting Kindersley Klippers. When the restrictions came in this week, the Bombers announced that they would play the two games in Kindersley. However, they announced Thursday that the games would be postponed. . . . Travis Rideout, the Bombers’ president, says the organization is “still looking at all the possibilities to continue our season.” . . . Brent Roussin, Manitoba’s chief medical officer of health, doesn’t like the Creighton option at all. “Sanitation measures were put in place for a reason. They save lives,” he said. “I encourage all Manitobans to play by the rules and not try to bend them.” . . . Houde-Hébert’s story is right here.

CBC Saskatchewan: The province is rolling out more COVID-19 rules including mandatory masking in 59 communities, limits on when alcohol can be served and the reduction of fitness-class sizes. The restrictions come into effect on Nov. 16.

CBC News: Alberta is reporting 907 new cases of COVID-19 and 5 additional deaths related to the virus. 240 people are in hospital, including 54 in ICU. The province has 8,593 known active cases.

Troy Gillard, rdnewsNOW: Friday’s numbers are in and Red Deer is back to 94 active cases of COVID-19.

Mo Cranker, Medicine Hat News: Medicine Hat now has 34 active cases of COVID-19, meaning we have been added to the watch list.

James Peters, CFJC-TV, Kamloops: B.C. records daily record 617 new cases of COVID-19 (Friday), including 42 in Interior Health. Hospitalizations up to 167 with 50 in ICU.

CBC News: Number of daily coronavirus cases in Ontario drops to 1,396, down from Thursday’s all-time high of 1,575. But the number still exceeds the province’s average from the previous 7-days of 1,299.

CBC News: 30 additional deaths due to the coronavirus are being reported by health authorities in Quebec. The province also has 1,301 new cases, the lowest in 3 days but still above the average of the previous 7-days of 1,263.

CBC News: Nunavut confirms a new case of COVID-19; the territory reported its 1st case on November 6; there are now 4. The latest one is in Arviat, a community of about 2,600 people on the west coast of Hudson’s Bay just north of the Manitoba border.

North Dakota has shut down all winter high school sports until at least Dec. 14. Brad Elliott Schlossman of the Grand Forks Herald writes that “the shutdown includes all extracurricular K-12 school activities and applies to all association, community and club sports for youth and adults.” The fall sports that now are wrapping up will be allowed to complete their championships. . . .

Jeremy Turley, inforum.com: North Dakota has enacted a statewide mask mandate and occupancy limits on restaurants, bars and event venues as the state’s worst-in-the-nation COVID-19 outbreak keeps spiraling out of control. Violators of the mask order could be charged with infractions.

The situation within the ASU football program is dire. The facility is closed. An entire side of the ball has it. 6-staff members are positive. And they’re just at the beginning of the outbreak. When asked to describe it I was told: “This is bad. Really, really bad.”

I think it’s fair to say that’s quite a circus going on south of the 49th. Consider the case of the Cal Golden Bears football team. Cal was to have opened its season last weekend against the visiting Washington Huskies. But a positive test led to Cal coaches and players going into quarantine as close contacts and the game was cancelled. This weekend, Cal was scheduled to visit Arizona State, but that game was cancelled on Friday because of positive tests, including head coach Herm Edwards, among the Sun Devils. Instead, Cal will meet the UCLA Bruins on Sunday at the Rose Bowl. . . . The Bruins were to have played host to Utah but the Utes pulled out because of — you guessed it — positive tests. . . . As of Friday, Cal still had its entire defensive line, some coaches and other players in quarantine. The Golden Bears practised this week with one defensive lineman. . . . Rusty Simmons, in the San Francisco Chronicle: “As California eclipsed 1 million coronavirus cases this week and counties throughout the state rescind plans to reopen businesses and still can’t operate in-person schools, it’s difficult to find a reason to play a football game.” . . .

The U of Alaska-Anchorage cancelled its indoor winter sports season on Friday, meaning the Seawolves hockey team won’t be playing this winter. Also shut down are men’s and women’s basketball, men’s and women’s indoor track, and women’s gymnastics. . . . Volleyball and cross-country teams found out in July that their fall seasons wouldn’t be happening. . . . This decision could signal the end of the Seawolves’ hockey program as the school said in mid-August that the 2020-21 season would be its final one. . . .

The NCAA hockey season that is to start this weekend lost one game on Friday when Long Island U’s first-ever game was postponed. It was to have played Army at West Point. However, the game was postponed due to an outbreak on the Army team. . . . Army also postponed its Nov. 20 game against visiting Holy Cross. . . .

Golden Gate Fields, a thoroughbred race track in the San Francisco Bay area, has suspended live racing until at least Nov. 20. That’s because it has experienced 24 positive tests since Oct. 30.

Roger Bader, the head coach of Austria’s national men’s hockey team, has stepped in as head coach of the country’s national junior team. He takes over from Marco Pewal, who is an assistant coach with VSV Villach of the Erste Bank Hockey League. His club team could play as many as 15 games while Pewal would have been away, so it chose not to release him to the national junior team. Last season, with Pewal as head coach, Austria earned promotion. . . . Martin Merk has more right here. . . . The World Junior Championship is scheduled to open Dec. 25 in an Edmonton bubble. 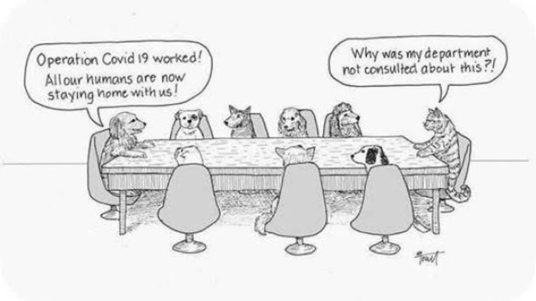