after months of muttering under my breath at people in the supermarket I’ve finally cracked pic.twitter.com/JioTIAGT5k

“The ECHL and the International Ice Hockey Federation came out Wednesday with their latest plans for this season and they involve such a bastardized version of competition that you have to begin to wonder whether the game – at all levels from the NHL right down to minor hockey – shouldn’t consider simply shutting down for 2020-21,” writes Ken Campbell of The Hockey News.

“I mean, it’s getting ridiculous. And it just seems as though leagues all over the world are desperately trying to jam a square peg into a round hole in a desperate effort to play this season in the midst of the second wave of a global pandemic, the likes of which the world has not seen for a century.”

His complete column is right here.

suspension” for 2020-21, according to a league-issued news release. The Adirondack Thunder, Brampton Beast, Maine Mariners, Newfoundland Growlers, Reading Royals and Worcester Railers all say they will return for the 2021-22 season. . . . The Atlanta Gladiators and Norfolk Admirals had already opted out of the season. . . . Players from teams that don’t play become free agents, but only for the 2020-21 season. . . .

The ECHL has 13 teams preparing to open the season on Dec. 11. . . . From thesinbin.net: “For the remaining five teams that were to start on January 15, 2021 — Cincinnati, Fort Wayne, Idaho, Kalamazoo, and Toledo — the deadline to opt out comes in 12 days. Allen, Florida, Greenville, Indy, Jacksonville, Kansas City, Orlando, Rapid City, South Carolina, Tulsa, Utah, Wheeling and Wichita all are scheduled to start play on December 11, 2020 and there hasn’t been any indication of that timetable being pushed back due to the latest surge in coronavirus cases.” . . . There is more on the story right here.

The SJHL’s Flin Flon Bombers, the only Manitoba-based team in the league, are

looking for permission to shift their base of operations to Creighton, Sask., during the pandemic. Due to restrictions put in place by the Manitoba government and health officials, the Bombers aren’t allowed to practice or play in Flin Flon’s Whitney Forum. . . . If given the OK by health officials, they would practise in Creighton and play all of their games on the road so long as the restrictions are in place. . . . Creighton is less than two miles southwest of Flin Flon.

BREAKING: 50 Below Sports + Entertainment – the entity that owns the Winnipeg Blues and Winnipeg Freeze – has been fined $5,000.00 for holding practices in Warren last week.

Both the Blues and Freeze will also each lose their first round selections in the 2021 MJHL Draft. 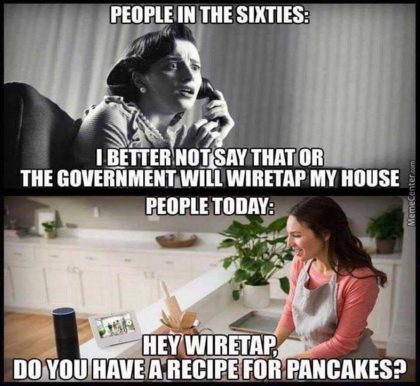 CBC News: Canada-United States border closure extended again, this time until December 21st, CBC News has learned. The formal announcement is to be made later this week.

CBC News: Manitoba to introduce $298 fine for people not wearing a mask in public.

CBC News: Saskatchewan records 132 new COVID-19 cases and 1 additional death. In the previous 7 days, the province had been averaging 173 cases a day.

Marc Smith, CTV Regina: This is the 7th death in the past 12 days. Hospitalizations hit a record high (76) for the 10th straight day, while the province also has a record 17 people in ICU. The 132 new cases came on only 1,619 tests, which is an 8.2 per cent positivity rate.

CBC News: 10 new COVID-19 cases have been diagnosed in Nunavut, bringing the territory’s total to 70; all have occurred in the last 2 weeks. 8 new cases are in the community of Arviat (population 2,400) on Hudson Bay’s west coast.

CBC News: U.S. leads the world in COVID-19 deaths as toll exceeds 250,000. Number of people hospitalized with the virus in the U.S. has doubled in the past month.

The New York Times: Hundreds of health care workers at the Mayo Clinic have become infected with the coronavirus as the prestigious hospital system treats rapidly growing numbers of patients with Covid-19.

The New York Times: “No one is happy about this decision,” Mayor Bill de Blasio said, after announcing that the New York City public school system would shut down a second time. Virus case numbers are rising so quickly in the city that more restrictions appear likely.

Our daily update is published. States reported 1.5M tests, 164k cases, and 1,869 deaths. A record 79k people are currently hospitalized with COVID-19 in the US. Today's death count is the highest since May 7. pic.twitter.com/8ps5itYiWr

F Ridly Greig of the Brandon Wheat Kings hasn’t yet reported to the Canadian national junior team’s selection camp in Red Deer. Now we know why . . .

Have been informed through his agent Kevin Epp that Ridley Greig tested positive for Covid on Nov 8th. He is at home, asymptomatic, and will join the team around the 22nd when his 14 day quarantine is up.

Just spoke with Lethbridge's Ridly Greig who is quarantining at home after a positive COVID-19 test on Nov. 8. The Wheat Kings forward says he believes he caught the virus during an ice time in Brandon, with a couple other skaters also testing positive following the session.

A hockey league in Saskatoon for skaters ages 60 and older has shut down after experiencing four positive tests. . . . Theresa Kliem of CBC News has more right here. . . .

With Las Vegas placing seven players on Reserve/COVID list today, there's no change to status of Sunday night's Raiders-Chiefs game. Those high-risk, close-contact players in quarantine will be eligible to participate in the game provided they continue to test negative.

The NFL’s Las Vegas Raiders, who are scheduled to visit the Kansas City Chiefs on Sunday, now have 11 players on the reserve/COVID-19 list. DE Clelin Ferrell went on the list Tuesday after testing positive. He was followed on Wednesday  by S Johnathan Abram, DT Maliek Collins, DT Johnathan Hankins, DT Kendal Vickers, DE Arden Key, CB Isaiah Johnson and pratice squad DE David Irving, all of whom were deemed high-risk close contacts. . . . DB Lamarcus Joyner also is on the list. LB Cory Littleton and OT Trent Brown and been on the list since earlier in the month. . . . Players who were deemed close contacts will be able to play Sunday if they continue to test negative. . . .

The Cleveland Browns have placed K Cody Parkey, OT Jack Conklin and long snapper Charley Hughlett on the reserve-COVID-19 list. . . . They are at home to the Philadelphia Eagles on Sunday. . . .

Kunlun Red Star arrived in Helsinki on Wednesday to play a KHL game against Jokerit. However, the game was postponed when Kunlun had several positive tests show up. . . .

The U of Maine was to have opened its men’s hockey season this weekend against UMass, but has postponed both home games. Maine now hopes to open next weekend at UConn. . . . Connecticut was to have played Vermont this weekend, but Vermont has paused things for now. . . . So it has been worked out for UMass and UConn to play each other. . . .

The Colorado State at UNLV football game scheduled for Saturday won’t be played because what UNLV athletic director Desiree Reed-Francois called “the surge in cases in the Las Vegas community.” . . . Earlier Wednesday, it was announced that another Mountain West game, Wyoming at Utah State, wouldn’t be happening either.

TV networks and cable news should just go state by state and air covid news 24 hours a day — cover the regs and then nothing but testimonies from health care workers and local officials about how absolutely shit it is everywhere. End the oblivion the nation wraps itself in.

JUST NOTES: The Spokane Chiefs have signed general manager Scott Carter to a two-year contract extension that goes through the 2022-23 season. He has been the GM through four seasons. . . . Tyler Valin has joined the AJHL’s Whitecourt Wolverines as an assistant coach. He has been the head coach of the Alberta Midget Hockey League’s Fort Saskatchewan Rangers for the past three seasons. In Whitecourt, he will be working alongside Shawn Martin, the general manager and head coach. . . . The SJHL’s La Ronge Ice Wolves announced on Wednesday that they have signed Kevin Kaminski, their GM/head coach, and Gaelan Patterson, the assistant GM/associate coach, to “new multi-year contracts.”