The OHL, which generates more than $66M a year and whose teams have sold for more than $10M, had a big win today.
Its teams won't have to pay players at least minimum wage.
https://t.co/6l1LzdvrCq

The Ontario provincial government skated firmly into the corner with the OHL on Thursday, revealing that major junior hockey players will be excluded from the

Employment Standards Act. As such, those players won’t be classified as employees, therefore won’t be eligible to be paid at least minimum wage.

The CHL is the umbrella under which the OHL, QMJHL and WHL operate. They are facing a class-action lawsuit brought by former and present players asking that they be paid at least minimum wage. Among other things, the lawsuit also asks for vacation pay.

Megan Stacey of the London Free Press has more on this story right here.

The Ontario government is moving exactly in the wrong direction by stripping OHL players of their rights at work. This Swiss cheese approach to employment standards is precisely what the Changing Workplaces Review sought to correct! #onpoli https://t.co/ckc0KlMg9f

All was quiet on the Kootenay Ice front again Thursday, two days after a group that had been working to help the WHL franchise by selling tickets and sponsorships shut it down. 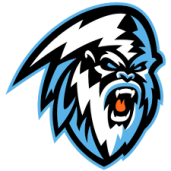 decision to cease operations and return about $50,000 it said it had raised, mostly from local businesses.

Owners Greg Fettes and Matt Cockell, who purchased the franchise from the Chynoweth family prior to the 2017-18 season, chose not to attend committee meetings. That decision meant that no one from the Ice organization was on hand to answer questions and to quell speculation that the franchise will move to Winnipeg once this season ends.

“Late Wednesday, a planned team-hosted media event failed to materialize, but sources told the Free Press that an announcement is being planned for next week.”

John Hudak, the Green Bay Committee’s marketing director, has been the front man since a letter explaining its decision was emailed to Cockell and copied to Ron Robison, the WHL commissioner, and members of the WHL’s board of governors.

To date, there hasn’t been any comment from Fettes, Cockell or Robison.

“It’s out of our hands; it’s up to the owners,” Hudak told the Free Press. “Like somebody asked me, ‘What do you think?’ Well, the last time I checked I wasn’t a psychologist and I wasn’t a mind-reader. I don’t know what’s going on in the minds of Matt Cockell and Greg Fettes. They’re the people (who) have to answer that.”

When asked by the Free Press if he thinks Cockell and Fettes have always intended to move the team to Winnipeg, Hudak replied:

“Well, I’ll put it to you this way — there are certain people in town who feel that way. I’m not going to dodge the bullet on that one but as far as the committee was concerned, we felt that if we went out and did our work and helped the present ownership out here, that we could sit down and be able to keep the team here.”

The Ice is scheduled to play at home tonight against the Calgary Hitmen. In a promotion tonight, the Ice will be honouring the now-defunct Cranbrook Colts, a team that started in junior B before moving up to junior A and playing int he Rocky Mountain Junior Hockey League.

According to Wikipedia, “The Colts folded in 1998 because of the forming of the Kootenay Ice . . .”

The Everett Silvertips have signed F Nate Goodbrandson to a WHL contract. Goodbrandson, a 15-year-old from St. Andrews, Man., has eight goals and 10 assists in 17 games with the midget AAA Winnipeg Thrashers. The 6-foot-0, 160-pounder was a seventh-round selection in the 2018 bantam draft and attended Everett’s training camp prior to this season. . . . Last season, he finished with 31 goals and 46 assists in 34 games with the bantam AAA Winnipeg Hawks.

If you stop off here and enjoy what you see — or even if you don’t — feel free to click on the DONATE button over there on the right and make a contribution. Thanks in advance.