Thank you to the PA Raiders for coming to Adams hometown and spending the day . It was so appreciated by his family and his community. #honoured#respect# Roots #onceaRaideralwaysaRaider pic.twitter.com/d3xFWTINkQ

The Winnipeg Free Press is reporting that the worst fears of Kootenay-based WHL fans will be made official on Monday.

In a story carrying the bylines of Jeff Hamilton and Mike Sawatzky, the newspaper is 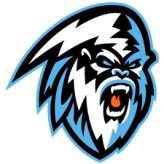 reporting that “the owners of the Kootenay Ice are preparing to announce Monday they are moving their Western Hockey League franchise to Winnipeg in time for the 2019-20 season, league sources have told the Free Press.”

The WHL franchise will play out of the Wayne Fleming Arena on the U of Manitoba campus for likely two seasons while a new arena is being built in the Manitoba capital’s southwest corner.

The Free Press also reports that Ice owners Greg Fettes and Matt Cockell, who is the president and general manager, “have not commented publicly on news reports and WHL commissioner Rob Robison has not made himself available for an interview on the subject.”

(Note: On Nov. 30, Kelowna traded F Jack Cowell, 19, to Kootenay for a third-round selection in the 2020 bantam draft. Cowell chose not to report and the deal was voided, so isn’t included in these totals.)

The Kelowna Rockets have acquired the WHL rights to F Alex Swetlikoff from the Lethbridge Hurricanes for a fourth-round selection in the 2022 bantam draft.

season. He was a third-round pick by the Seattle Thunderbirds in the 2016 bantam draft. Seattle traded his rights to Lethbridge on May 3, getting back D Kirby Proctor, who is from Okotoks, Alta. He is with the USHL’s Des Moines Buccaneers, and has committed to attend the U of Nebraska-Omaha for 2020-21.

This season, the 6-foot-2, 180-pound Swetlikoff is playing with the BCHL’s Vernon Vipers, with whom he has eight goals and 12 assists in 27 games. He will play for Canada West at the World Junior Challenge that opens this weekend in Bonnyville, Alta.

The Rockets will be the host team for the 2020 Memorial Cup, so you can bet that will be a major selling point as the organization works to recruit Swetlikoff.

The Medicine Hat Tigers have dropped F Dawson Heathcote from their roster. He is expected to join the junior B Nanaimo Buccaneers of the Vancouver Island Junior Hockey League. . . . Heathcote, 18, is from Nanaimo. . . . Last season, as a freshman with the Tigers, he had six goals and three assists in 47 games. This season, he had two assists in 27 games. . . . Heathcote was a seventh-round pick by the Tigers in the 2015 WHL bantam draft.

Two more WHLers are on national junior team selection-camp rosters. . . . G Mads Søgaard of the Medicine Hat Tigers will attend Denmark’s selection camp, while D Alex Alexeyev will be in camp with the Russian national junior team. . . . Søgaard is to join the Danish team after the Tigers game against the visiting Kelowna Rockets on Dec. 15. Should he make the Danish team, he could miss as many as six of the Tigers’ games after the Christmas break. . . . The 2019 World Junior Championship is to open in Vancouver and Victoria on Dec. 26.

F Spencer Gerth of the Trinity Western Spartans is on the B.C. Intercollegiate Hockey League’s Young Stars’ roster that will play against Kazakhstan’s national junior team on Dec. 17. . . . Gerth, 20, played the previous three seasons in the WHL, with the Everett Silvertips and Victoria Royals. . . . This season, he has two goals and five assists in 11 games. . . .  The Young Stars will be part of a College Hockey Showcase that also is to include U of Victoria, with the three games at the Langley Events Centre. . . . Kazakhstan is scheduled to meet the Victoria on Dec. 11 and Trinity Western on Dec. 13, then will play the Young Stars on Dec. 17. All three games are to start at 7 p.m., and will be streamed at hockeytv.com. . . . Kazakhstan opens the 2019 World Junior Championship against Finland in Victoria on Dec. 27.

As part of the Kazakhstan visit, organizers are holding Hockey Day in Langley on Dec. 10. From a news release: “The Kazakhstan . . . team will be partnering with BC Hockey to host a Hockey Day in Langley event that will allow local minor hockey teams and academies an opportunity to meet the Kazakhstan team and take part in a skills competition. Coaches will also have a chance to meet and learn from some international-level coaches.” . . . For more info, email Barret Kropf at barret.kropf@twu.ca.

It took 54 saves from Naveen Kainth, but the Surrey Knights have their first win of the season, 6-5 over the White Rock Whalers.

If you stop off here and enjoy what you see — or even if you don’t — feel free to click on the DONATE button over there on the right and make a contribution. Thanks in advance.

I am always humbled and impressed by the community of Humboldt as they continually honour the 16 that passed in the tragedy. Thank you to the Humboldt DQ for creating this permanent Wall of Recognition. THANK YOU!!⁦@HumboldtBroncos⁩ ⁦@HockeyPerks⁩ ⁦@theSJHL⁩ pic.twitter.com/XHaFeTHLNS