We are so proud of the @MJHLPistons for sharing their story. A great article on getting involved and what has inspired them to donate; some for the first time. #hockeygivesblood @mjhlhockey https://t.co/WsQuv6M3lZ https://t.co/cxukz7mOwq

F Tomáš Plíhal (Kootenay, 2001-03) signed a contract for the rest of this season with Landshut (Germany, Oberliga South) after requesting and receiving his release from Jablonec nad Nisou (Czech Republic, 2. Liga). He had 14 goals and 20 assists in 23 games.

Andy Beesley is the vice-president of business with the Prince George Cougars. A few days before Christmas, he sat down with Hartley Miller of 94.3 The Goat, a Prince George radio station, and they combined for an episode of the CatScan podcast. . . . If you have ever wondered about what goes into running the business end of a major junior franchise you will want to give this a listen. It’s 50 minutes of Beesley being honest in answering questions about ticket prices, attendance, scheduling, turning games into events, the survival of the WHL in Prince George, and even how he came to change his lifestyle and lose 100 pounds. . . .

One thing I found particularly interesting is that Beesley said the Cougars’ organization has changed its thought process and no longer will look for the one big score.

“We would love to win a Memorial Cup, but we just want to make the playoffs regularly,” he told Miller, “and that’s part of the path that the hockey side of the business is on now. We’ve changed our model a bit to aim for more of a consistent team year by year, rather than selling the farm and just having couple of studs that come in and then you cross your fingers and pay the price for the next five years. We’ve done away with that model.”

The Cougars are scheduled to entertain the Prince George Cougars on Friday night, more than five weeks after their most-recent home game. Between home games, they will have played 11 times on the road and taken the Christmas break.

Beesley promised the Cougars’ fans “that’s not going to happen again . . . we’re not going to put up with that again.”

He added that he, team president John Pateman, co-owner Eric Brown and general manager Mark Lamb “have all talked together and agreed that we need to do a far better job of not just giving input to our schedules but standing up for what the Prince George Cougars need. . . . we are going to be a lot more assertive and make sure we don’t have another six-week gap because we don’t think it’s fair to fans and it’s not fair to our business either.”

There’s lots of interesting stuff in the 50 minutes and it’s all right here.

All signs point to the Kootenay Ice packing up and moving to Winnipeg before another season gets here. However, no one from the Ice or the WHL office has had much, if 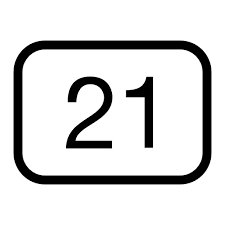 anything to say about all the speculation.

However, Ron Robison, the WHL commissioner, did appear with host Dean Millard on TSN Radio (1260) in Edmonton on Dec. 19.

Asked about the situation, Robison responded in part that “we’ll be very soon making an announcement as to what the future of that franchise is.”

We now are into our 21st day since Robison made that statement, and there has yet to be an announcement of any kind.

Allow me to apologize to Gino De Paoli, the play-by-play voice of the AJHL’s Okotoks Oilers. It was his tweet that tipped me off to an item on G Nick Sanders that I used here yesterday. I meant to credit De Paoli, but it didn’t get done, and for that I offer up an apology. Sorry about that, Gino.

After 9 months @LayneMatechuk returned to the rink to skate for the first time since the accident. Thank you Greg Slobosian for helping Layne. Could not be more proud of Layne! #Believe pic.twitter.com/iD8gADwvXa

The Prince George Cougars have signed F Blake Eastman, 15, to a WHL contract. He was a second-round selection in the 2018 bantam draft. . . . From Ardrossan, Alta., Eastman is playing for the Elite 15 team at OHA Edmonton, where he has 17 goals and eight assists in 21 games.

The Spokane Chiefs have returned D Graham Sward to the Fraser Valley Thunderbirds of the B.C. Major Midget Hockey League. Sward, 15, was the 17th overall selection in the WHL’s 2018 bantam draft. . . . Sward played one game with the Chiefs and scored his first goal as they beat the Ice, 8-4, in Cranbrook, B.C., on Sunday.

The Swift Current Broncos have released F Quinton Waitzner, 18, who was a ninth-round selection in the WHL’s 2015 bantam draft. . . . From Victoria, he had two assists in 34 games this season, after finishing last season with one goal in 43 games. He also was pointless in five games in 2016-17. . . . Before joining the Broncos, he played for the junior B Saanich Braves.

The Prince Albert Raiders have returned G Brett Balas, 17, to the AJHL’s Calgary Canucks. From Calgary, he was a third-round pick by the Raiders in the WHl’s 2016 bantam draft. . . . Balas was brought in by the Raiders to fill the roster spot created with starter Ian Scott with Team Canada at the WJC. . . . Balas got into two games with Prince Albert, going 2-0-0, 2.56, .871. One of the victories was in relief of starter Donovan Buskey.

Feel free to click on the DONATE button over there on the right and contribute to the cause. Thank you, in advance, and stay safe out there.

Left-winger @kyle_crnkovic had a goal and two assists tonight for the #Saskatoon #Blades. #WHL. pic.twitter.com/Srn9T12WxP

Jim Taylor explains curling in 1975: "Each rink is made up of a 'lead,' who is first to the bar; a 'second,' who is a step slower; a 'third,' who arrives in time to buy the round; and a 'skip,' so called because he's always in the washroom when the tab arrives."

My Tweets
Join 4,622 other followers