So here’s the scoop on Craig Cunningham carving up the ice…the person who builds Craig’s prosthetic legs made this…he took the Tuuk carrier/blade and created a prosthetic skate! @pomooldtimers he’s playing on my wing next season okay? pic.twitter.com/f05fFPRJ0I

F Travis Ewanyk (Edmonton, 2008-13) has signed a one-year contract extension with Krefeld Pinguine (Germany, DEL). This season, he had two goals and five assists in 40 games. . . .

F Richard Mueller (Brandon, Saskatoon, Calgary, 1998-2003) has signed a one-year contract extension with the Kassel Huskies (Germany, DEL2). An alternate captain this season he had 26 goals and 25 assists in 52 games. He led the Huskies in goals, assists and points. Next season will be his 16th in Germany. . . .

The Winnipeg Ice has acquired the WHL rights to F Carter Savoie, who turned 17 on Jan. 23, from the Regina Pats in exchange for a fifth-round pick in the 2019 bantam draft and 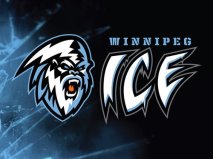 conditional second- and third-round picks — the year or years undisclosed.

Those conditional picks will depend on if/when Savoie should sign with the Ice.

This has led to speculation that the Ice will select F Matt Savoie, Carter’s younger brother, with the first pick of the 2019 draft when it is held in Red Deer on May 2. The Ice also holds the ninth selection in the first round.

The Pats selected Carter in the ninth round of the 2017 bantam draft. He is playing with the AJHL’s Sherwood Park Crusaders, having put up 31 goals and 42 assists in 58 regular-season games. The Crusaders are alive in the playoffs, and he has two goals and eight assists in 10 games.

Matt played this season with the Northern Alberta X-Treme prep team, scoring 31 goals and adding 40 assists in 31 games. In five playoff games, he had three goals and nine assists.

The Savoie family applied to Hockey Canada during the season in the hopes of gaining exceptional status for Matt, something that would allow him to spend 2019-20 on a WHL roster. Under present rules, a 15-year-old player is limited to five games — except under emergency conditions — while his club team’s season is alive. Although there has yet to be an official announcement from Hockey Canada, there have been reports that the family’s request has been denied.

Matt Cockell, the president and general manager of the Winnipeg Ice — formerly the

Kootenay Ice — did a question-and-answer session with the Winnipeg Sun’s Ted Wyman the other day. . . . Patti Dawn Swansson, who blogs as The River City Renegade, spent a goodly number of years covering junior and pro hockey in Winnipeg so is quite familiar with the puck scene in the Manitoba capital. She responded to one of Cockell’s answers at her blog.

At one point, Cockell told Wyman: “At the end of the day, the passion for hockey is really what’s exciting about Winnipeg. When you look across Canada, there really isn’t another city that embraces hockey the way Winnipeg does. We really believe it’s the hockey capital of Canada.”

To which, Swansson wrote: “Whoa boy. Let’s not lose sight of the fact that Good Ol’ Hometown has already let one NHL franchise get away (no, it wasn’t Gary Bettman’s fault) and two Western Hockey League outfits. Pegtown is the ‘hockey capital of Canada’ like Pierre’s boy Justin is a man of all the people. And that’s coming from someone born and raised in River City, someone who recalls seeing a lot of empty seats in the old barn on Maroons Road. Yes, I realize that Cockell is going to say all the right things in order to sell his freshly minted WHL franchise to the rabble, but I’m not sure that faux flattery is the way to go about it. Peggers are hockey wise, they aren’t rubes.”

If you are/were an Ice fan, who lives in the Cranbrook area, you shouldn’t read this. It might be bad for your health, especially the part where Cockell responds to a question about “what do you say to the hockey fans of Cranbrook?”

Cockell’s response: “We’ve had a lot of dialogue with them. I lived there right through to our last game. What our message has been in dialogue is that everybody did everything they possibly could, including the business community in Cranbrook, the fans in that community and our ownership group. We did everything we could to see if there was a sustainable opportunity there. It’s unfortunate that we weren’t able to get there, but at the end of the day we made a decision and we tried to be as honest as we could. It’s hard and yet, we need to focus now on what we’re doing moving forward and that’s really exciting.”

Some of that will be news to the Green Bay Committee, won’t it?

Chances are that F Logan Barlage of the Lethbridge Hurricanes will miss a game or two when the 2019-20 season opens, thanks to the slashing major and game misconduct that he was hit with as Tuesday’s game with the visiting Calgary Hitmen came to a close. . . . Barlage slashed Calgary F Carson Focht, who scored twice in Calgary’s 4-2 victory in Game 7 of the first-round series. . . . If you watch the video in the tweet below, you also will see the Lethbridge right winger break the stick of the Calgary left winger with a slash.

With one second left in regulation, Lethbridge's Logan Barlage was given a 5 minute major and GM for his slash off the faceoff on Calgary's Carson Focht. pic.twitter.com/n57zf1nLpu

F Parker AuCoin, who played out his junior eligibility with the Tri-City Americans this season, has signed on with the ECHL’s Orlando Solar Bears. This season, he had 42 goals and 42 assists in 68 games with the Americans. . . . In 262 regular-season WHL games over four seasons, he has 88 goals and 92 assists. . . . From St. Albert, Alta., he was the 15th-overall pick in the WHL’s 2013 bantam draft.

Dave Struch, the head coach of the Regina Pats, will be an assistant coach with the Canadian team that will compete in the 2019 IIHF U18 World Championship in Örnsköldsvik and Umeå, Sweden, April 18 through 28. . . . Brett Gibson, the head coach at Queen’s U for 13 seasons, will be the U18 team’s head coach. . . . The other assistant coach will be Serge Aubin, who most recently was the head coach of the ZSC Lions in Switzerland’s NL A. . . . Adam Brown of the Kelowna Rockets will be the U18 team’s goaltending consultant.

Talk about a changing of the guard in the WHL. Only two teams that made last year's second round — Everett and Victoria — advanced this year. Brandon, Lethbridge, MJ, Swift, Tri and Portland either didn't make the playoffs or didn't win a series. Junior hockey, folks. #WHL

NOTES: The Victoria Royals will be without F Kody McDonald for the first four games of their second-round series with the Vancouver Giants. McDonald had been under an indefinite suspension after being hit with a match penalty for a stick-swinging incident during Game 4 of their first-round series against the Blazers in Kamloops on March 27. The WHL announced Wednesday that the suspension has been set at six games. He has four games remaining on it. . . .

The WHL also announced that the indefinite suspension to F Sean Richards of the Seattle Thunderbirds has been set at eight games. He took a checking-from-behind major and game misconduct for a hit on Vancouver F Aidan Barfoot in Game 4 of their first-round series on March 27. Richards, 20, missed the last two games of the series, so has six games remaining. He doesn’t have any junior eligibility remaining. According to the WHL, Richards “will be required to serve the remaining six games of his suspension during the 2019-20 season should he continue his playing career.” . . .

Barfoot hasn’t played since being hit by Richards and isn’t expected back for the early part of the Giants’ second-round series. They open against the Victoria Royals with games in Langley, B.C., on Friday and Saturday. . . . Steve Ewen of Postmedia reported Wednesday that Vancouver D Bowen Byram didn’t skate for a second straight day. “GM Barclay Parneta says it is minor illness” and that Byram is expected to practice today and play Friday. . . . Giants F Yannik Valenti also didn’t skate Wednesday. . . .

The Spokane Chiefs have added D Luke Gallagher, 18, to their roster as an AP. Gallagher, 18, had two assists in 22 games with the Chiefs earlier in the season. From Mead, Wash., he joined the BCHL’s Trail Smoke Eaters in January, and recorded seven assists in 15 regular-season games and one in 12 playoff games.