Love this. “I think it’s very difficult for young people today to establish relationships with players. What worries me is that they’re so anxious to establish those relationships that they’ve forgotten there have to be some critical distance. We don’t have enough of that.” https://t.co/GhocGlYeSJ

To little fanfare Canada lost another newspaper the other day when the Saskatoon Express, a weekly that was completely local and gave readers an option of sorts to Postmedia’s Saskatoon StarPhoenix, closed its doors. The Express was home to a couple of long-time friends — Dale Brin, a former publisher of the Kamloops Daily News, was its publisher; Cam Hutchinson was the editor.

The Express also was home on a weekly basis to some of the musings of RJ Currie of SportsDeke.com. As the Express went down, Currie filed one last observation:

“Boston swept Carolina out of the NHL playoffs with a 4-0 Game 4 shutout. The Bruins’ defence was so numbing, it turned the Hurricanes into the Novocaines.”

The new goal in Omaha: make the city "electric scooter friendly." Hey, if this works out, maybe one day we can make this city car friendly.

Hey, CHL, I don’t know what’s in your agreement with Rogers Sportsnet, but I’m guessing you’re not getting the exposure out of it that you expected. Ron Toigo, the majority owner of the WHL’s Vancouver Giants, hit the nail hard on its head when he told Donnie and The Moj on TSN 1040 Radio in Vancouver: “It was terrible. Absolutely terrible. Sportsnet . . . it’s a terrible deal for the league. We should have gone with TSN.”

The WHL’s annual general meeting is scheduled for June 11 and 12 in Kelowna. Have to wonder if national TV coverage might be on the agenda.

I think I agree with you on this. It's more impressive to me to outplay and outlast 15 other teams to win your own league. The Memorial Cup is like dessert after a great meal – not for everyone and it never replaces the meal.

That said, I do like me some dessert. https://t.co/tMEOF1Se3O

The Guelph Storm dumped the Rouyn-Noranda Huskies, 5-2, at the Memorial Cup in Halifax on Saturday. . . . On Sunday, the host Halifax Mooseheads got past the Storm, 4-2. . . . On Monday, the Prince Albert Raiders, who lost 4-1 to Halifax on Friday, will meet the Huskies. . . . Halifax is the only unbeaten team, at 2-0, and is guaranteed at least a semifinal game. Guelph is 1-1, with Prince Albert and Rouyn-Noranda both 0-1. . . . The Storm and Raiders are to play on Tuesday, with the Mooseheads and Huskies meeting on Wednesday to conclude the round-robin portion of the event.

“Schick Razors has bought Harry’s for $1.37 billion,” reports Dwight Perry of the Seattle Times. “Shaving profits soar this time of year — every time a team gets eliminated from the NHL playoffs.”

It took a commercial on Canadian television for me to just learn that the "Club" – in "Club sandwich" – stood for "Chicken, Lettuce, Under Bacon."

No wonder I never made it on "Jeopardy", nor on my family's "Family Feud" fantasy team.

Headline at Fark.com: Michigan’s John Fellein has agreed to become the future ex-coach of the Cavs.

“Tiger Woods has missed the cut in the PGA Championship,” noted Janice Hough at leftcoastsportsbabe.com on Friday. “So to CBS, which is televising the tournament, thoughts and prayers.”

One more from Hough: “Russell Wilson, who just signed a four-year $140-million contract, with a $65-million signing bonus, bought his mom a house for Mother’s Day. Wilson didn’t say where the house is, but we know it’s not in San Francisco. He’d have needed a bigger contract.” . . . Yes, Hough lives in the San Francisco area.

F Simon Boyko, a 20-year-old from Mississauga, Ont., scored twice on Sunday to help the host Brooks Bandits to a 4-3 victory over the Prince George Spruce Kings in the final game at the national junior A championship tournament. . . . Brooks led 4-1 after two periods. . . . The host team has won four of the past five titles. The Portage Terriers won in 2015, the Cobourg Cougars in 2017 and the Chilliwack Chiefs in 2018.

Defensive end Chris Long of the NFL’s Philadelphia Eagles ended his playing career on Saturday. Long, 34, played 11 seasons in the NFL and is a two-time Super Bowl champion. Here is his retirement announcement.

Cheers. Been a hell of a journey. Eleven years and I can honestly say I put my soul into every minute of it. Highs and lows. I’ve seen them both and I appreciate the perspective. Gratitude and love to those who lifted me up. pic.twitter.com/Ap8zi73Ifl

It’s the middle of May. A federal election is scheduled for Oct. 21. The Conservative Party of Canada already is running attack ads. Oh joy . . . only five more months of being inundated with such unimaginative junk. 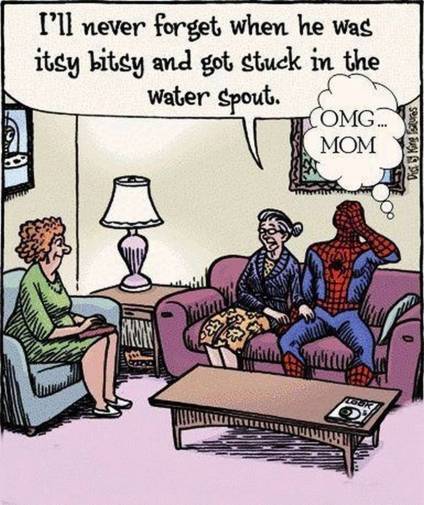