Thank you @tobianogolf for letting me practice and prepare for the @usopengolf #Kamloops #visitcanada pic.twitter.com/JdDJYej2ov

Dwight Perry of the Seattle Times wonders: “If the Toronto Raptors win the Larry O’Brien Trophy, will Canada hold it hostage to get the Stanley Cup back?”

You may have heard that New York Jets running back Le’Veon Bell has claimed that two girlfriends — yes, two girlfriends — stole $500,000 worth of jewelry from him. Of course, as Jim Barach of JokesByJim.blogspot.com points out: “Although being a Jet, it’s pretty certain there were no rings missing.”

Found out Sunday evening that the LGIW and I could go to Game 5 of the NBA championship series and tickets would only cost us $120,000. That’s a deal because it’s in Canadian funds. Of course, this being 2019, the tickets cost 100 grand with 20 grand in service fees. . . . Really, that’s 120,000 reasons to watch from the comfort of the recliner.

Muhammad Ali stands over Sonny Liston after knocking him out in the 1st round. One of the most iconic photos ever. pic.twitter.com/TO0An4HcP4

I just finished reading Big Game: The NFL in Dangerous Times, by Mark Leibovich, and I can’t recommend it enough. Leibovich is a big fan of the New England Patriots, but that doesn’t stop him from trying to pierce The Shield. 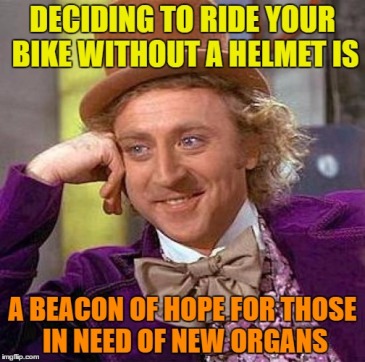 The 2019 Kamloops Kidney Walk is a little more than three months away, but it’s never too soon for Dorothy to start asking folks to join her team. While the rest of B.C. walked on June 2, we in Kamloops chose to keep our walk in September. Thus, we will be walking on Sept. 22, at which time Dorothy will be one day shy of the sixth anniversary of her transplant. This also will be her sixth straight Kidney Walk. . . . If you would like to provide her with some support and be part of Team Dorothy, you are able to do so right here.

This definitely was a weekend highlight . . .

I don’t think this is going to be the Seattle Mariners’ season. I watched a game the other night during which, with a runner on third base, the Seattle shortstop fielded a ground ball and threw home, except the catcher had left to cover first base. . . . In another game, with a runner on first, the second baseman fielded a grounder and flipped to the shortstop covering second for what should have been a routine double play. Except that the shortstop stumbled and fell before completing the throw to first base. . . . Sorry, Seattle fans, but there’s always next year.

Despite Buck Martinez continuing to yell at baseballs, I don’t think this is going to be a season to remember for the Toronto Blue Jays, either.

Sorry, hockey fans in Cranbrook, but you aren’t going to get a junior A or junior B team in time for the 2019-20 season. The leagues in question all are well into the scheduling process for next season, so Western Financial Place, once home to the WHL’s Kootenay Ice, won’t have a main tenant for the upcoming season.

The NHL season will come to an end on Wednesday night in Boston as the Bruins and St. Louis Blues meet in Game 7 of the NHL final. . . . The CFL regular season will open one night later with the Saskatchewan Roughriders in Hamilton to meet the Tiger-Cats. . . . Is the NHL season too long, or does the CFL season start too soon?

If you missed it, the Montreal Alouettes fired head coach Mike Sherman over the weekend. He didn’t leave much of a legacy, but . . .

While Mike Sherman's #CFL chapter was a short one, we'll always have this. #AlsMTL pic.twitter.com/6A9pSXcChx