A note from Dwight Perry of the Seattle Times: “A pride of lions ate three poachers who broke into a South African game reserve to hunt rhinoceroses, Newsweek reported. This partial score just in: Lions 3, Raiders 0.”

Here’s another report from Perry: “Heretofore doughy Phil Mickelson, via Twitter, after his sister posted a beach photo in which the golfer looks absolutely ripped: ‘FYI, those weird bumps on the side of my stomach we’ve never seen before, Doc called them obliques and said it’s nothing to worry about.’ ”

There is literally nothing I’d rather do right now than this … pic.twitter.com/7TH0QggcKt

Las Vegas bookies have had the most early NFL action on the Chicago Bears and Cleveland Browns. That resulted in this from Janice Hough, aka The Left Coast Sports Babe: “There’s a reason they’ve been able to afford to build all those amazing resorts.”

Department of Pet Peeves — A couple of submissions from Jack Finarelli, aka The Sports Curmudgeon: 1. “People who refer to something as ‘very unique’ or ‘rather unique.’ Unique doesn’t take modifiers easily; something is either ‘unique’ or it is not. . . . 2. ‘Imply’ and ‘infer’ aren’t synonyms and cannot be used interchangeably.

Congrats to old friend Jim Swanson and the Victoria HarbourCats, who have led baseball’s West Coast League in attendance for a sixth straight season. The HarbourCats had 27 home games in 2019, and drew 62,400 fans for an average of 2,311 per game. Throw in five non-league games, an exhibition game and three playoff games and the total is 79,737. . . . Swanson, a long-time newspaper man before his life-long love affair with baseball took him to Victoria, is the HarbourCats’ managing partner and general manager.

On Monday night, TSN scheduled a doubleheader, with the second game to have started three hours after the first one began. Unfortunately for fans, both were ESPN games and ESPN telecasts never end in less than three hours. . . . Of course, TSN does have a bunch of channels — five of them in my house — so when the first game runs late you are free to wonder why the second game doesn’t start on another channel, like maybe the one that was showing Sports Centre? . . . Sorry, but I didn’t hang around for Yankees and Mariners, the second game, on Monday night. Instead, it was over to the Diamondbacks and Giants with Mike Krukow and Duane Kuiper, two broadcasters who get it right.

One night later, it was Sportsnet’s turn. On this night, Yankees and Mariners were joined in progress at 8:05 p.m. PT, about an hour after the game had started. . . . There are eight Sportsnet channels on my package — the World Poker Tour was on two of them, Highlights of the Night was on one and Sportsnet Central was on five. . . . No sense treating baseball fans with a modicum of respect and putting the Yankees and Mariners on one of those eight channels at 7 p.m. PT. . . . On top of all that, Sportsnet showed Yankees-Mariners highlights before joining the game in progress at 8:05 p.m., with the New Yorkers leading, 5-0, in the top of the third. . . . Hey, Sporstnet, thanks for the poke in the eye. . . . Hey, Sportsnet, I went back to Twins at White Sox, then to Diamondbacks at Giants. 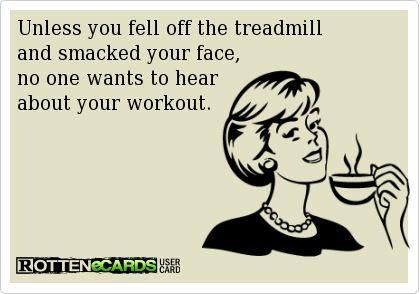 ICYMI, Sportsnet dumped Nick Kypreos, John Shannon and Doug MacLean from its NHL coverage this week. Don’t worry, though, because Don Cherry still is there, as is Brian Burke. . . . Daren Millard, who was shown the door by Sportsnet last August, was named to the Vegas Golden Knights’ TV team on Thursday.

ICYMI Part 2 . . . Stu MacGregor, who lost his job as the Kamloops Blazers’ general manager after the WHL’s 2018-19 season, now is the Victoria Royals’ western senior regional scout. Tom Gaglardi, the Blazers’ majority owner, dumped MacGregor in a major reshuffling of deck chairs, and added him to the scouting staff of the NHL’s Dallas Stars, his other toy, er, team. . . . MacGregor lasted one season with the Stars before moving on down the road.

Another WHL note . . . Each August, Alan Caldwell compiles, or attempts to compile, training camp rosters, puts them on spreadsheets, and makes them available to fans. On top of that, he adds and deletes as teams make player moves. . . . After the Kelowna Rockets informed him earlier this week that they wouldn’t be making a roster available, someone in the Little Apple took photos of a roster— it included last names only — that was posted in the arena and got them to Caldwell. He then was able to put together the Rockets roster that is right here. . . . The surprising thing about all of this is that there was someone in the arena in Kelowna who apparently isn’t part of Bruce Hamilton’s choir.

Why would a WHL team choose not to release a training camp roster? Other than shortsightedness, who knows? . . . There was a time, more than 20 years ago, when WHL teams sometimes had players in camp under assumed names — hello, Bob Bell! hey there, Connor McRae! — supposedly to allow said players to try to protect their NCAA eligibility. Those days are over, though, so who knows what they’re afraid of in Kelowna? . . . It is interesting, though, that the WHL has established standards for the arenas in which its teams play — resulting in some cities having to purchase and install new boards, glass and score clocks with video boards — but doesn’t have any standards for something as simple as the releasing of training camp rosters.

This is the 910th cell phone ticket I have written this year. I'm starting to think it's not if I will write more than last year, but how many more I will write. @reginapolice #comeoneregina #headsupcellsdown #distracteddrivingkills pic.twitter.com/a1z2XohjSw

Hey, Regina . . . Do the math: 910 x $280 is a lot of dough. My wife, Dorothy, had a kidney transplant on Sept. 23, 2013. She is getting ready to take part in her sixth Kidney Walk. Had each of you donated $100 to support her — you can do so right here — you would have saved yourself a lot of money and gotten an income tax receipt. . . . BTW, when did Reginans become wealthy enough to throw away money in this fashion? . . . I wonder if Regina’s distracted drivers are aware that there isn’t a prize for No. 1,000?

In response to a question about refugee settlement, Mayor of Dawson City, Yukon just responded: “Canadians are born all over the world, it just sometimes takes them a bit of time to get here” and I’ve never felt my aspiration for Canada articulated clearer. @actioncanada

One thought on “Scattershooting on a Thursday evening while wondering if Regina is Queen City of Distracted Driving . . .”