As of Saturday evening, Const. Mike Seel of the Regina Police Service Traffic Unit, who goes by the nickname Hawkeye, had written 1,097 cell-phone related tickets in 2019 and, he told me via Twitter, “over 1,500 total tickets for the year.” Think about those numbers for a moment. . . . What’s with the nickname? According to a story by Michaela Solomon of CTV News Regina, it was “given to him by the former face of RPS traffic, Const. Curtis Warnar, for his ability to catch drivers on their cell phones.” . . . Meanwhile, more than 2,000 speeding tickets were handed out to drivers in Regina school zones in the month of September, with the speed limit having been dropped from 40 km/h to 30. . . . “It is ridiculously high,” Sgt. Rob Collins of the RPS’s Traffic Safety Unit told Lynn Giesbrecht of the Regina Leader-Post. “In all reality, most of the tickets that I’ve seen issued would’ve been a ticket even if it was still 40, so we’ve still got a lot of work to do.” . . . It seems the drivers of Regina have a lot of work to do, too.

If you are a follower of the WHL, there was good news on Friday when Corey Graham revealed via Twitter that “I’m back calling Edmonton Oil Kings home games on TSN 1260.” . . . Graham, who continues his recovery from some major health issues, will handle home games, with Andrew Peard providing analysis. Peard will call the play of all road games. . . . Graham added that he is “really excited to get back in the booth!” . . . Corey, we’re all excited for you. Welcome back! 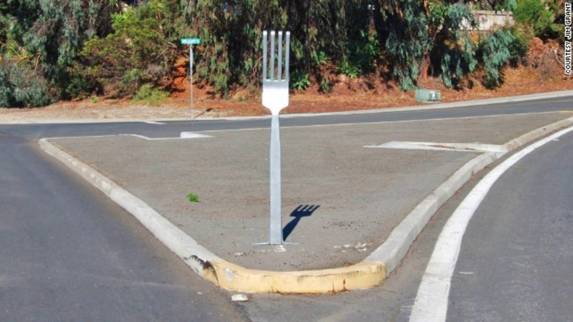 “Jim (Mattress Mack) McIngvale, owner of Gallery Furniture in Houston, placed a $3.5-million bet on the Astros to win the World Series,” reports Dwight Perry of the Seattle Times. “And, doubling down, he rolled out his latest mattress, the George Springer.”

Is the WHL thumbing its nose at Hockey Canada, while at the same time inviting 15-year-

olds to come to its teams and play at least 30 games? . . . According to a story by Jason Bell of the Winnipeg Free Press, the WHL has granted an exemption to the Winnipeg Ice so that F Matt Savoie, 15, can play 34 games this season. Ordinarily, 15-year-olds are allowed to play five games before their club team’s season ends, at which time they may join the WHL team on a full-time basis. . . . Prior to this season, Hockey Canada rejected the Savoie family’s application for exceptional status. . . . Savoie played his third WHL game of this season on Friday night; he wasn’t in the lineup on Saturday.

Word is the Cranbrook Bucks will join the BCHL for the 2020-21 season.

A listing with logo appeared on the ShowPass ticket website today. It's been replaced with what looks like a BC society number, but the URL still shows "Cranbrook Bucks Hockey Club" https://t.co/GuHpjFyFWo pic.twitter.com/rUSSx4DPkI

Speaking of Cranbrook, a group headed by former WHL G Nathan Lieuwen announced Tuesday that it will bring the junior A BCHL to the city next season when the Bucks begin operation. . . . In reading the story by Trevor Crawley of the Cranbrook Townsman, I was struck by this: “The city was left reeling after a messy break-up with the WHL’s Kootenay Ice last January. After 21 years in Cranbrook, new ownership relocated the team to Winnipeg and still (has) an outsanding lease agreement valid until 2023. (Mayor Lee) Pratt confirmed the city remains in negotiations with the Ice over the agreement.” . . . The WHL and the Ice announced on Jan. 29 that the franchise was relocating to Winnipeg. Of course, observers had realized long before then that the Ice owners were going through the motions and that they were done with Cranbrook. . . . Here we are, almost nine months later, and the lease still hasn’t been settled. You are free to wonder if anyone in the WHL is embarrassed by any of this.

After driving more than 4,000 km through the Prairies and back, I can tell you that the Kamloops-Thompson-Cariboo riding contains far more election signage than any other one we passed through. . . . Yes, it’s all a blight on the scenery.

After the Chicago Cubs dumped manager Joe Maddon, Bob Molinaro of the Norfolk Virginian-Pilot pointed out just what a horrid job Maddon had done: “In five seasons under Maddon, Chicago won 58 percent of its games, reached the playoffs four times and celebrated a long-awaited World Series victory. What a failure he was.”

A note from Bob Tory, the general manager of the WHL’s Tri-City Americans, to accompany a couple of photos that he put on his Facebook page: “That time of year. Two deer down. One car down.” . . . Thankfully, Tory wasn’t injured in the collision. Word is that Trader Bob, as he once was known, did put brothers John and Jim Deer on the trade wire, though. No word yet on whether he found any takers.

Saw this in a column by Steve Simmons of Postmedia: “If Guy Carbonneau is going to the Hockey Hall of Fame, why not Dale Hunter? And if you want to go back a few years, why not 86-year-old Claude Provost, who won more and scored more playing a defensive role with the great Montreal Canadiens teams back when the Canadiens were great.” . . . I was absolutely flabbergasted to realize that Provost isn’t an honoured member of the Hall. Seriously. Had there been a Frank J. Selke Trophy back in the day, Provost would have owned it.

Headline from @SportsPickle: Have to think we could be a game or two away from Odell Beckham demanding a trade to the Giants.

If you aren’t a fan of the analytics that are sweeping through the world of sports, you just might be a fan of Bill Belichick. Asked the other day how much of a role analytics play in his game-planning, the New England Patriots head coach replied: “Less than zero.”

If you are under a certain age, let me assure you this apple pie was served at the surface temperature of the planet Mercury. pic.twitter.com/lxJyXzl2Ay