Today we bitch about staying home. On this day in 1917 they just hoped that they would survive the day let alone hope to ever see home again. We will remember them always. #VimyRidge pic.twitter.com/YbsjgXQE0X

Good news is great for the soul.

Jack Redlick, the Alberta Midget Hockey League’s coach of the year for 2018-19, has returned to the St. Albert Raiders as their head coach.

Redlick, a former WHLer (Kamloops, Vancouver, Regina, 2000-03), sat out the 2019-20 season after being seriously injured in an accident on June 29. Redlick, 36, was riding his motorcycle near Idaho Falls, Idaho, when another motorcycle driver crossed the centre line and struck him head-on.

“On my birthday eight months ago I got a birthday gift that forever changed my life. When a man crossed the centre line and hit me head on. After almost three months in the hospital, eight surgeries, an amputation and 55 pounds later, today I took my first running steps. I’ve figured out how to skate again and although neither running nor skating is pretty. I’m back, and it will only get better.

“I’ve had so many people say they are sorry this happened to me. My response is always the same: ‘Don’t be, you should be happy for me, I shouldn’t be here.’

“As coaches we always teach our players that in both hockey and life there are only two things you can truly control — your work ethic and your attitude. Might as well make what you can control positive in nature. Things happen for a reason. No sense bitching about it. Just OORAH up, and accept the challenge no matter the obstacles. Don’t waste your time with the negativity. Focus on the process and not the result. Live in those 10-second evolutions. Lol.

“All those hockey cliches that I preached to my players over the years, I’ve had to live by for the last eight months. Sport truly does reflect life.”

With all that Redlick has been through since the end of March, it’s great to see him back and eager to get started. So here’s hoping that the next hockey season gets started on time.

In a touching moment for hockey fans everywhere, when Gordie Howe turned 50 years old the Whalers gave him a cake with some Jamaican dude on it. pic.twitter.com/he1cuHJ8AM

Here is some more good news; well, it is if you’re a fan of the Saskatchewan Roughriders or even just looking for something to do on a nightly basis. . . . Rob Vanstone of the Regina Leader-Post holds a Riders Trivia gathering every night at 9 o’clock CT. . . . You will find him on Twitter at @robvanstone and that will get you started.

Northland Properties, which is huge in the hospitality industry, has laid off thousands of workers, according to Bob Mackin of thebreaker.news. . . . Tom Gaglardi, who owns the NHL’s Dallas Stars and is the majority owner of the WHL’s Kamloops Blazers, is Northland’s president. His father, Bob, is the organization’s founder. . . . The company, which is based in Vancouver, had about 12,000 employees before all of this hit. Taj Kassam, the senior vice-president of corporate affairs, wouldn’t tell Mackin how many had been laid off. . . . Mackin’s story is right here.

The 1969 Cubs has led the NL Eastern division all season long. But in late September the Mets surged and when the Cubs came to Shea Stadium, the Cubs we’re reeling. The black cat crossing the Cubs path spelled doom for them as the Mets shot past them and won the division by 8 gms pic.twitter.com/TfuEgT1g8a

The government of the province of Quebec wants sporting events cancelled through Aug. 31. The ban also will apply to cultural events and festivals. . . . However, the Montreal Impact of the MLS has said that it was told none of this will apply to professional sports teams. . . .

The XFL appears to have left us, without being able to complete its first season. The spring football league suspended its inaugural season on March 12. It now has laid off all employees and is refunding money to those who purchased 2021 season tickets. . . . Kevin Seifert and Field Yates of ESPN reported that the XFL “currently has no plans to return in 2021.” . . . Headline at fark.com: EXFL. . . .

Earlier this week, the 13-team National Lacrosse League cancelled the remainder of its regular season. It had suspended play on March 12. In a statement, the league said “officials are looking at any number of scenarios to return to play when all stakeholders and health officials deem that possible. There is no timeline on when decisions will be made.” . . . The NLL includes franchises in Calgary, Halifax, Saskatchewan, Toronto and Vancouver. . . .

With Japan now struggling to contain COVID-19, Toshiro Muto, the CEO of the organizing committee for the Tokyo Olympic Summer Games, has cast some doubt on whether they will be held in 2021. “I don’t think anyone would be able to say if it is going to be possible to get it under control by next July or not,” he said on Friday. “We certainly are not in a position to give you a clear answer.” . . . The Games were to have been held in July. They have been postponed to July 23, 2021, with the Paralympics to start on Aug. 24. . . .

Los Angeles County has extended what it calls its “safer-at-home” order through May 15. It was first set in place at midnight on March 20. . . .

The Thought for the Day from Jack Finarelli, aka The Sports Curmudgeon, this one from Will Rogers: “There are men running governments who shouldn’t be allowed to play with matches.”

Stephanie Apstein of Sports Illustrated has taken a look at some of the ideas that have been floated regarding the potential return of pro sports to our entertainment landscape. . . . Word of warning: There isn’t any false hope in her story. All you will find here is reality. . . . Like this from Zach Binney, who has a PhD in epidemiology and teaches at Emory U in Atlanta:

“If people just decide to let it burn in most areas and we do lose a couple million people it’d probably be over by the fall. You’d have football. You’d also have two million dead people. And let’s talk about that number. We’re really bad at dealing with big numbers. That is a Super Bowl blown up by terrorists, killing every single person in the building, 24 times in six months. It’s 9/11 every day for 18 months. What freedoms have we given up, what wars have we fought, what blood have we shed, what money have we spent in the interest of stopping one more 9/11? This is 9/11 every day for 18 months.”

Think about that for a bit as we await decisions by the NHL, NBA, MLB, NFL and so many others. 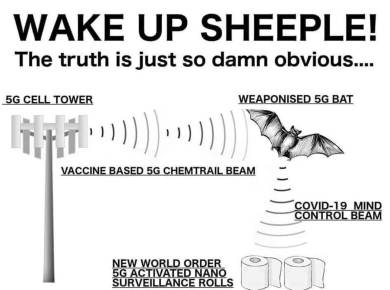 Jason Fortier is the new head coach of the Odessa Jackalopes of the junior North American Hockey League. They play out of Odessa, Texas. . . . Fortier signed on as general manager of hockey operations and head coach. . . . Fortier is the BCHL’s reigning coach of the year after guiding the Coquitlam Express to the league’s best regular-season record. . . . Fortier left the Express late in March. Long-time BCHL observer Brian Wiebe reported at the time that Fortier wasn’t able to reach agreement on a contract with Express owner Fayaz Manji.

Tom Webster, a former NHL coach who played in the NHL and WHA, died on Friday morning. He was 71. . . . Webster was a brother to Barry Webster, a long-time member of the Moose Jaw Warriors’ board of directors. . . . Helene Elliott of the Los Angeles Times has more on Tom Webster right here.

Condolences to old friend Daryl Lubiniecki on the death of Lolamae, his wife of 53 years. She left us on Thursday after battling cancer. . . . There is a complete obituary right here. . . . Daryl served the Saskatoon Blades as general manager, head coach and advisor and also worked with the Prince George Cougars over a long career in the WHL. He also supplied us with more laughs than should have been legally allowed.

This IG post by Colby Cave's wife legitimately just made me cry big ugly tears. What a sudden and random tragedy for the hockey community. Absurd how he was scoring goals and playing in the NHL just a fews months ago. Makes no sense and is just so goddamn sad pic.twitter.com/QWchD3syeb