It sounds like Cam Hope doesn’t know why he was fired on Wednesday as the president and general manager of the WHL’s Victoria Royals, and he’s taking the high road. . . . Interestingly, Hope ran the Royals’ bantam draft on April 22, then had the rug yanked out

from under him just one week later. . . . Hope had joined the Royals in 2012 after spending seven seasons with the NHL’s New York Rangers, the first three as vice-president of hockey operations and the last four as assistant GM. . . . He was the Royals’ GM for three seasons, then president and GM for five. . . . The Royals made the playoffs in each of his eight seasons, but never got out of the second round. . . . “We’re in a results oriented business,” Hope told Cleve Dheensaw of the Victoria Times Colonist,“and (results) are a matter of perspective. If you don’t win a championship, (well) you serve at the pleasure of ownership. I thought we had three good chances — in 2016, in 2018 and, as crazy as it sounds, this year with a team that was poised, and it’s disappointing not to get that chance. Often in sports, it’s in the hands of the gods.” . . . Graham Lee, the franchise’s owner, was quoted in the news release announcing Hope’s dismissal, but that’s been it. . . . Hope added: “It’s been eight terrific years in the best job in junior hockey. It’s extremely hard to create a sustainable business in this league. But I’ve enjoyed every day of it and it’s been a wonderful run.” . . . With Hope pulling the strings, the Royals had a 316-205-52 regular-season record. Good luck to the Royals in finding someone who can match that. . . . Dheensaw’s complete story is right here.

The 2020 IIHF World Men’s Hockey Championship had been scheduled for Lausanne and Zurich, Switzerland, from May 8-24. Of course, it was postponed. There had been talk of Switzerland playing host in 2021, but that has been ruled out and it will remain in Belarus and Latvia. . . . The Swiss federation was interested in 2021, but changed its mind, citing financial risks and — get this! — the risk of the coronavirus still being a factor a year from now. . . .

The Hungarian government has banned all large gatherings through Aug. 15, so the F1 Hungarian Grand Prix will be run without fans in attendance if it is held on Aug. 2. . . . F1 officials continue to work on their schedule, which has been riddled by cancellations and postponements. . . . 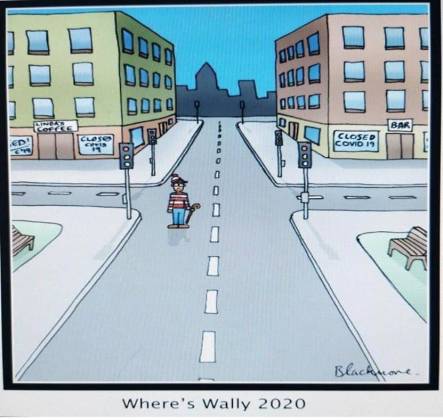 The WHL made it to fark.com, which took note of the 2020 bantam draft with this: “The virus of Brayden has passed its peak. Minus, it has mutated into variations of Hayden, Aiden, Kaden, Jayden, Grayden and (deep breath) Teydon.”

Here is Jack Finarelli, aka The Sports Curmudgeon with his Thought for the Day, this one from Will Rogers: “The short memories of the American voters is what keeps our politicians in office.”

If baseball’s 10-team Expedition League does get its season started, the Wheat City Whiskey Jacks, who call Brandon home, will be playing out of a city in North Dakota. . . . Brian Pallister, Manitoba’s premier, had said on Wednesday that there won’t be live sporting events with fans in attendance in the province until at least September. That combined with the U.S.-Canada border being closed to non-essential travel meant the Whiskey Jacks wouldn’t be able to play in Brandon. So they will set up shop in a North Dakota community yet to be named. . . . The league’s Opening Day had been set for May 26, but that has been postponed, although a new date hasn’t yet been announced. . . . The league, a summer circuit for college players, also has teams in North Dakota, South Dakota, Nebraska and Wyoming. . . . Thomas Friesen of the Brandon Sun has more right here.

With a number of sporting leagues — CFL, CPL, CEBL, BCHL, KIJHL — apparently asking the feds for some financial help, Hartley Miller of 94.3 The Goat in Prince George and myprincegeorgenow.com wonders: “Is it time for the Prince George Rec Hockey League to ask the government for a handout?” . . . Yes, I think he was joking. But, hey, in these bizarre times you just never know.

“What are the contingency plans for junior hockey leagues like the WHL and BCHL should physical distancing measures still be in place for the fall (which is highly likely) and even into the new year? It seems obvious that these leagues are not financially viable without fans, and many of them, in the stands.

“What will be the protocol when sports do return and a competing athlete tests positive for COVID-19? Does everything get shutdown again or do we just shrug our shoulders and just keep playing?”

Trevor Alto is the junior B Pacific Junior Hockey League’s new commissioner. Alto, 41, takes over from Ray Stonehouse, who had been in charge since 2016. Stonehouse, 76, will remain as a senior advisor through 2021-22. . . . Alto was the BCHL’s executive director under then-commissioner John Grisdale from 2012-19.

Bayne Koen is the new head coach of the junior B Richmond Sockeyes of the Pacific Junior Hockey League. He is a veteran junior coach on the Lower Mainland of B.C., and, in fact, has won four championships, most recently in 2018-19 in his fourth and final season with the North Van Wolf Pack. He also has been a PJHL head coach with the Port Coquitlam Buckeroos and Port Moody Black Panthers. Last season, he was the director of player development with the White Rock Whalers and also coached a bantam prep team at the Delta Hockey Academy. . . . With the Sockeyes, he takes over from Brett Reusch, who left the club on April 9, saying he wanted to spend more time with his family.