It’s that time of the year again.

Under normal circumstances, we would be starting to get geared up for the annual Kidney Walk that was scheduled for Kamloops on Sept. 23. Yes, it has been cancelled.

So now we’re taking part in a virtual Kidney Walk that is being used to raise funds to help those fighting kidney disease to get through this stage of their lives.

My wife, Dorothy, who is approaching the seventh anniversary of her kidney transplant, is among those raising funds, as she has done for each of the six previous Kidney Walks.

If you would like to support her and join her team, you are able to do so right here.

As much as we all would like to see it, I really don’t think we should be holding our breath waiting for the NHL and/or the NBA to resume their 2019-20 seasons, or for MLB to start its 2020 season.

The logistics of getting these operations up and running are mind-numbing. And all the while there is the possibility of someone testing positive.

There has been speculation that if the NHL resumes play in five or six cities, one of those centres might be Edmonton.

Well, Ryan Rishaug of TSN asked Dr. Deena Hinshaw, Alberta’s chief medical health officer, “what would happen in the event of a player testing positive after competition was under way in a hub city scenario?”

“The individual who is the confirmed case would need to be isolated for 10 days after the onset of their symptoms, or until symptoms resolve, and anyone who is a close contact with that person while they were infectious would need to be in quarantine for 14 days from that point of last exposure. That’s how we in public health would treat any case independent of wherever it happens.”

And the waiting game continues . . .

One thing that hasn’t been given much attention in all the speculation about professional leagues and when they might return/start play is: What do the wives and girlfriends think?

Consider the family of Washington Nationals’ pitcher Sean Doolittle. His wife, Eireann Dolan, has a lung condition and, as she explained on Twitter, has “been hospitalized and on oxygen for weeks at a time with viral pneumonia. Since I was nine years old. Go through something like that and maybe then you’ll have the requisite experience to judge my response.”

Yes, she was being abused on social media after suggesting that there was a lot more involved in a return to play than just pitching, hitting and playing defence.

At the same time, her husband was on a podcast with Jayson Stark and Doug Glanville, telling them: “We’ve all seen the way a common cold goes through a clubhouse. We’re in such close proximity, it’s impossible to enforce social-distancing measures when you’re trying to play a Major League Baseball season.”

So . . . how eager are players in any pro sport going to be to leave their families and enter into a facility where one opponent — the other team — is in their faces, while another is invisible? 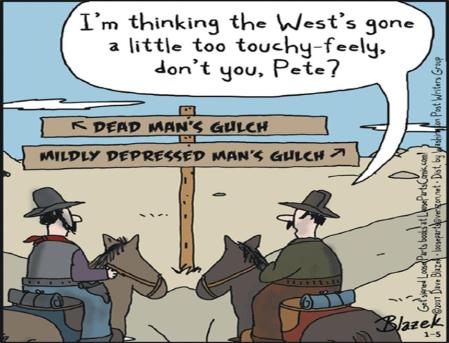 As much as other leagues wish it were true, the demise of the BCHL is only in their imaginations. We will be playing hockey as soon as we are cleared to play. See you all soon! pic.twitter.com/ZHLWTsZgrl

Could it be that there are junior hockey leagues out there that just don’t like each other? If so, is it envy or jealousy or something else?

Fred Harbinson, the general manager and head coach of the BCHL’s Penticton Vees, spoke out on Monday, telling Steve Ewen of Postmedia that he and others have had enough.

After the conversation, Ewen wrote: “Harbinson says he was so frustrated with prospective players and college coaches telling him that they’re being told that the BCHL won’t run this season that he felt obligated to take to Twitter to fire back.”

Attention advisors, scouts, coaches, No need to call & ask if the BCHL is PLANNING to play this Fall – WE ARE! Our Commish was simply trying to see what Govt Funding was available for our Business; Leagues or Teams that tell you they know the exact start date are simply lying

This all seems to have started last month when Chris Hebb, the BCHL commissioner, said that the league was preparing to ask provincial and federal governments for financial aid to help it get through the pandemic. However, Hebb never even intimated that any of the BCHL’s 18 teams might not be able to answer the next bell.

More from Ewen: “Harbinson wouldn’t point fingers at exactly who might be trying to spread the word that the entire BCHL is in harm’s way, but it’s no secret that the league has long duelled with the U.S. Hockey League for players.”

If you have to recruit negative to try to steal players you most likely aren’t confident enough in your program. Trying to get better players is fine but sell them on your program not by lying about someone else’s. What goes around comes around…..

Bryan Erikson is the GM/head coach of the NAHL’s Northeast Generals.

Peter King’s Football Morning in America, usually available on Sunday night in the Pacific time zone, is one of the week’s best reads. This week is no exception.

In a week in which the NFL is to release its schedule, here’s King writing about one of the stumbling blocks to a September start to the season:

“Potentially sensitive. What if each of the 32 teams is testing its players and essential staff twice a week. (Obviously, they’ll have to be tested regularly, to ensure that no COVID-positive person spreads the disease in the close quarters of a football team.) Say that’s 150 people (players, coaches, staff). So 300 tests per week (17) per team (32) — that adds up to 163,000 tests for the regular season. Let’s round up for the full season: 200,000 tests for a sports league to play its full schedule. By August, will there be enough tests so that the NFL doesn’t seem piggish to be using 200,000 that could go to the general public? (Even half that number, 100,000 tests, is a major number if many in the country are going without.)

There are 36 teams in Germany’s top two soccer leagues, and it was revealed on Monday that there have been 10 positive tests for the coronavirus. All told, players and staff underwent 1,725 tests. . . . The leagues are hopeful of starting at some point this month. . . . On Tuesday, Erzgebirge Are, a team in Germany’s second division, which is the men’s third division, announced it had put all players and staff into isolation after a staff member tested positive. . . .

The Associated Press is reporting that “the head of English Soccer says he does not expect crowds to be allowed back into matches ‘any time soon.’ ” . . . Greg Clarke, the FA Council chairman, wrote that “it’s hard to foresee crowds of fans — who are the lifeblood of the game — turning to matches any time soon.”

Here’s Jack Finarelli, aka The Sports Curmudgeon, with the Thought for the Day, this one from A.J. Liebling: “An Englishman teaching an American about food is like the blind leading the one-eyed.”

The AJHL’s Calgary Canucks have added Micki DuPont and Jamie Henry to their coaching staff. DuPont will work as an assistant coach under Brad Moran, the general manager and head coach. Henry signed on as assistant coach/video co-ordinator. . . . DuPont played four seasons (1996-2000) with the WHL’s Kamloops Blazers and was named the CHL’s top defenceman for 1999-2000. He went on to play extensively in Europe, retiring after 2018-19, his fourth season with Eisbaren Berlin of the DEL. He worked last season with the midget AAA Calgary Royals. . . . Henry is a familiar face in Calgary minor hockey circles. . . . Tyson Avery is the Canucks’ other assistant coach.

Joe Birch has been named the chief operating officer and governor of the OHL’s Kitchener Rangers. He takes over from the retiring Steve Bienkowski on June 1. Bienkowski had been with the Rangers for 18 seasons. . . . Birch has spent the past 12 years working in the OHL office, most recently as vice-president of hockey development. He also is a former Rangers player.

Here is Bob Molinaro of the Hampton Roads Virginian-Pilot with an observation regarding the NFL draft: “If every team gets the players it wanted, why are some franchises on their 12th consecutive rebuilding year?”