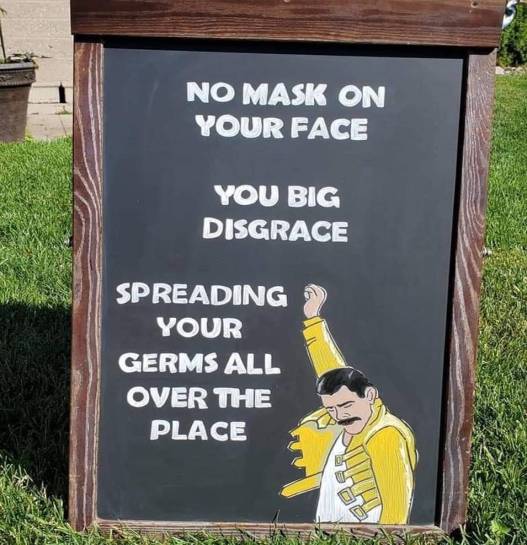 One of these days, the NHL will get around to naming the two hub cities in which it hopes to finish its season.

Here’s Ed Willes of the Vancouver Province with his take on things and, yes, as someone who lives in B.C., I agree with him:

“Admittedly, this comes down to a question of optics. For over three months, British Columbians have followed the guidelines of the public health authority with a single-minded purpose, sacrificing to keep themselves and their neighbours safe and healthy.

“We can be proud of those efforts and they’ve created some of the best COVID-related numbers in North America. But they weren’t made so we could throw our doors open to the NHL and an ersatz Stanley Cup tournament which will benefit a couple of hotels and the food-delivery industry.

“These games will take place, the virus willing, and we’ll be watching. But if Edmonton or Toronto wants them that badly, they can have them.”

The NHL is reportedly down to six cities — Vancouver, Edmonton, Toronto, Las Vegas, Los Angeles and Chicago — and is expected to announce the two choices this week.

If you haven’t seen it, Willes also had an excellent column that carried this headline: The story behind the story about Auston Matthews’ positive test is bewildering. . . . Postmedia’s Steve Simmons broke the Matthews story, and there were other outlets, some of them of the bigly variety, who ignored it. . . . This is all about how some media types have a vested interest in some of what they cover, so perhaps the consumer isn’t getting the whole story. . . . The complete column is right here.

D-III school, but an interesting development nonetheless, since this probably won't be the last such school to make such an announcement – with case rates rising now in 31 states. https://t.co/mlOFy0ULrn

With MLB poised to open training camps on July 1, Kyle Newman of the Denver Post reports that all-star OF Charlie Blackmon of the Colorado Rockies and two team-mates, LHR Phillip Diehl and RHP Ryan Castellani, have tested positive for the coronavirus at Coors Field in Denver. . . .

According to ESPN, Nikola Jokic, an all-star centre with the NBA’s Denver Nuggets, tested positive for the coronavirus in Serbia before he could leave to join his teammates in the U.S. . . . Michael Malone, the Nuggest’s head coach, has disclosed that he had the virus in late March. . . .

Jokic was at a recent tennis tournament hosted by fellow-Serb Novak Djokovic in Belgrade. Djokovic, the world’s No. 1 men’s player, also has tested positive, as has his wife Jelena. . . . Three other players — Borna Coric, Grigor Dimitrov and Viktor Troicki — also tested positive after playing in the exhibition tournament. . . .

ESPN’s Adrian Wojnarowski reported Tuesday night that G Avery Bradley of the Los Angeles Lakers has chosen to opt out of the re-start of the NBA season in Orlando, Fla. . . . Trevor Ariza of the Portland Trail Blazers and Davis Bertans of the Washington Wizards also are reported to have opted out. . . .

The Philadelphia Phillies announced Tuesday that two more players and two more staff members have tested positive. One player and the two staffers were in Clearwater, Fla., the site of the Phillies’ training facility. The other player was somewhere else. . . . The Phillies now have had seven players and five staffers come up positive. . . .

The Pittsburgh Steelers had two players test positive earlier this year. Head coach Mike Tomlin said both have recovered and are back at work. . . .

Seven soccer players in France, four from Toulouse and three from Paris Saint-Germain, have tested positive. PSG also had a staff member test positive. . . . The PSG players have resumed training. . . . The Toulouse players were tested on Monday as the team prepared to resume training. . . .

The Orlando Pride withdrew from the National Women’s Soccer League tournament that is scheduled to start Saturday near Salt Lake City. . . . The move, which left the tournament with eight teams, came after six players and four staffers tested positive. . . . On Tuesday, three players, all members of the U.S. national team, said they won’t play, either. Tobin Heath of the Portland Thorns and Christen Press of the Utah Royals cited health concerns. It’s not known why Megan Rapinoe of the OL Reign opted out.

So wear your mask

WEBINAR REMINDER 💻 Two days until the “COVID-19 and Your Renal Diet: What You Need to Know” webinar presented by The Kidney Foundation of Canada.

Sign up for this free session and join us on June 25 at 9:15 AM PST.
https://t.co/hhjNOKEbVp pic.twitter.com/OGZQoIG9d7

A note from Jack Finarelli, aka The Sports Curmudgeon, from his Monday posting:

“Back in March, the NBA shut down its operations entirely when one player — ONE player — tested positive for COVID-19. In March, the number of known/active cases for COVID-19 in the U.S. was less than 75,000 and there had been about 1,500 deaths ascribed to COVID-19. The latest data I can find says that COVID-19 cases in the U.S. now total more than 2.2 million and that there have been approximately 115,000 deaths. So, what is the NBA considering today? Reopening their season-interruptus in a bubble environment in Florida — one of those states where case numbers are on the rise. Do those two actions make any sense to you once you juxtapose them? They do if dollars and cents take precedence over health and safety concerns.”

“A Pawtucket, R.I., brewery — taking a swipe at Tom Brady and Rob Gronkowski for bolting the Patriots for the Buccaneers — has come out with a new beer named ‘Traitorade,’” reports Dwight Perry of the Seattle Times. “It’s an imperial fruit sour with sea salt, reviewers say, with maybe just a hint of sour grapes.” 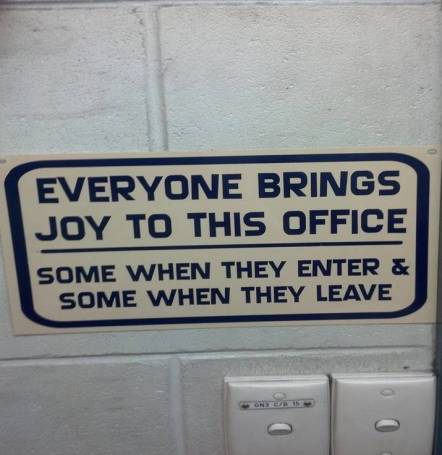 Update: in the 4 days since this lawsuit was filed, Dan Carcillo’s lawyer James Sayce says he’s been "inundated” with requests for info about this case from other former CHL players.
The CHL has yet to comment. https://t.co/s3tSRnUp4e

Garrett Taylor, who is the co-signee with Daniel Carcillo on a class-action lawsuit against the CHL that was filed last week, is 29 and claims to have health issues left over from abuse he faced in the WHL. . . . Ken Campbell of The Hockey News writes:

“The statement of claim refers to the incident as ‘the garbage bag treatment,’ a term that is well known in junior hockey circles that refers to when a player is dropped by his team. Kim Taylor said when her son was reassigned, there were no calls made to any of her, Taylor’s agent or his billet family. Nor was he given any money or further direction. The lawsuit alleges that he was told the news in front of the team and had to retrieve his belongings from the bus and his equipment from the storage area.”

Campbell has more on the Taylors right here.

Two years ago, the WHL acknowledged wrongdoing in how Taylor was treated when he was cut by the Lethbridge Hurricanes. Kim Taylor and two former WHL players were questioned by an Oregon Senate committee that was considering a request by the WHL to have Portland Winterhawks players exempted from Oregon’s minimum wage legislation. . . . The committee didn’t grant the WHL’s request. . . . After the hearing, the WHL hired a former RCMP deputy commissioner, Craig Callens, to conduct an investigation into 14 allegations of mistreatment that emerged from the hearing. In July 2018, Ron Robison, the WHL commissioner, announced that Taylor’s allegation was the only one of the 14 to be “supported by the evidence collected.” . . . In his statement, Robison said: “With respect to the one allegation that was supported in the investigation, the WHL will take the necessary steps to introduce a new policy in this area as it relates to the release or trading of players.” . . . The WHL hasn’t revealed what “necessary steps” it has taken; nor has it released Callens’ report.

.@PondHockeyClub announces in an email that 5 adult league players have tested positive for COVID-19.

The rink has notified all team members who have come in contact with these players but will not be shutting down or halting league play.

I guess these are the risks when you run a rec hockey league during a pandemic pic.twitter.com/i8Q3N4I9EN

Doug Soetaert, a former WHL goaltender and later general manager of the Everett Silvertips, has taken over as the president and executive director of the Kansas City Youth Hockey Association. . . . Soetaert was the head coach, and later the general manager, of the Kansas City Blades as they entered the International Hockey League for the 1990-91 season. From 1991-2001, he was the GM. . . . The Blades won the Turner Cup and Soetaert was the executive of the year for 1991-92. . . . He has since settled in Kansas City. . . . Soetaert, now 64, played four seasons (1971-75) for the Edmonton Oil Kings. He was Everett’s first GM and spent nine seasons (2002-05, 2006-12) with the Silvertips.

DID YOU KNOW? We have informative materials for people with kidney diseases? These can be downloaded on our website or paper copies can be provided free of charge to hospital dialysis units or any Canadian living with kidney disease.

Once upon a time there was a hockey player named Rick Herbert. In the days before 15-

year-olds having to apply for exceptional status in order to play regularly in the WHL, he made the Regina Pats’ roster for the 1982-83 season. Of course, the Pats gave up seven players in order to be able to select him in the 1982 WHL draft. . . . How did it work out for him? “It turned me off for life,” Herbert, now 52, told Greg Harder of the Regina Leader-Post. ““I haven’t put on my skates to play in a hockey game in 30 years. I don’t pay attention to it.” . . . Not since Herbert, who lives in Kelowna, has anyone played regularly for the Pats at the age of 15. . . . F Connor Bedard will be the next one, and Herbert said: “I’ll be watching from Kelowna.” . . . Harder’s excellent story is right here.

Headline at fark.com: NBA players get fancy rings that can detect COVID symptoms early. You get a dirty mask to wear while getting yelled at by people in the grocery store. 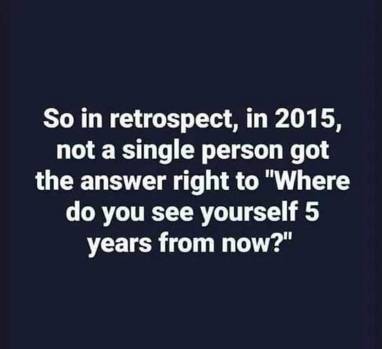 Greg Gilbert is the new head coach of the QMJHL’s Saint John Sea Dogs. Gilbert, a 58-year-old veteran coach, is a former head coach of the NHL’s Calgary Flames. . . . He also spent eight seasons as an OHL head coach, three (2003-06) with the Mississauga IceDogs and five (2011-16) with the Saginaw Spirit. . . . He has worked the last four seasons as an analyst with TSN. . . . In Saint John, he takes over from interim head coach Jeff Cowan, who replaced the fired Josh Dixon on Dec. 2. Cowan will stay on as an assistant coach. . . . Last season, the Sea Dogs were  30-33-1 and tied for 10th in the 18-team league when the pandemic halted proceedings.

Daniel Lacroix is returning for his first full season as head coach of the QMJHL’s Moncton Wildcats. Lacroix took over as the Wildcats’ head coach in December, and the team went 26-6 with him in charge, including a 16-game winning streak. . . . Earlier in his career, he spent four seasons (2002-07) on Moncton’s coaching staff, taking over as head coach during his third season there. . . . Before returning to Moncton last season, he was the head coach of the Lithuanian national team. . . . He also has ample experience as an NHL assistant, having worked with the New York Islanders, Tampa Bay Lightning, New York Rangers and Montreal Canadiens. . . . As well, Ritchie Thibeau, who had been the Wildcats’ interim director of hockey operations, has moved into the role in a permanent capacity. . . . The Wildcats had dismissed John Torchetti, the director of hockey operations and head coach, in December.

After ESPN’s 30-for-30 documentary Long Gone Summer, about the Mark McGwire vs. Sammy Sosa bulked up home run derby of 1998, Phil Mushnick of the New York Post summed it up: “ESPN doc tests negative for ’roids.” 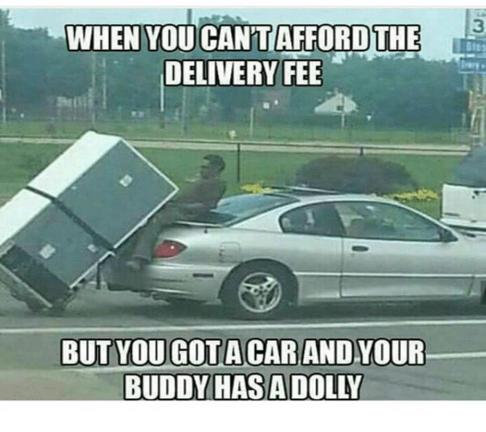