About the MLS is Back tournament . . .

FC Dallas was taken out of the tournament on Monday after having 10 players and one coach test positive. . . . There still are 25 teams in the competition, which is to begin today (Wednesday) with Orlando City and Inter Miami CF meeting.

The Vancouver Whitecaps left for Orlando without Lucas Cavallini, Fredy Montero, Georges Mukumbilwa, Tosaint Ricketts and Andy Rose. . . . Cavallini said he has lost two family members to COVID-19 and stayed behind “to support my loved ones.” . . . Rickets said he has a pre-existing condition. . . . Rose stayed at home to be with his pregnant wife. . . . Montero cited family reasons. . . . Mukumbilwa apparently isn’t cleared for travel outside of Canada at this time. . . .

Nashville SC arrived in Orlando on Friday, and reported Tuesday that it had five positive tests with four others ruled inconclusive. . . . As a result, Nashville’s game against the Chicago Fire that had been scheduled for tonight (Wednesday) has been postponed.

Bulgarian soccer club Cherno More revealed that it has had 12 players and four officials test positive after playing Sunday against Tsarsko Selo in Sofia. Tsarsko Selo apparently had one player test positive prior to the game, but didn’t reveal it.

G Asia Durr of the WNBA’s New York Liberty won’t play this season after testing positive on June 8. She has had symptoms and hasn’t yet recovered. . . . Durr was the second overall selection in the 2019 draft. . . . The league revealed Tuesday that seven of 137 players tested had come up positive over the past week. . . . The WNBA hopes to play a 22-game season in at the IMG Academy in Bradenton, Fla., starting later this month.

With NHL teams to open training camps on July 13 with teams travelling to Edmonton and Toronto on July 26, the league announced Monday that it had nine more players test positive. That brought the total to 35. The NHL announces its numbers on a weekly basis.

#Braves' Markakis: “I’m at the point in my career where I’m not chasing the money, I’m not chasing any of that. I want to win and have fun. This game is about having fun. To have to go out and play in an environment with no fans? To me, that’s not baseball.”

OF Nick Markakis of the Atlanta Braves has opted out after a conversation with teammate Freddie Freeman, who tested positive and has symptoms. “Just hearing him, the way he sounded on the phone, it was tough,” Markakis, 36, said. “It was kind of eye-opening. With everything that’s going on, not just with baseball but all over the world, it makes you open your eyes.”

The Philadelphia Phillies reported that coaches Rob Thomson, Jim Gott and Greg Brodzinski all tested positive and aren’t in camp. . . . As well, players Scott Kingery, Tommy Hunter and Mikie Mahtook have tested positive. . . . Kingery was diagnosed on June 11 and isn’t anywhere near ready to play baseball. More on that right here. . . .

P Eduardo Rodriguez and Bobby Dalbec of the Boston Red Sox have tested positive. Rodriguez, who had been tabbed as Boston’s opening day starter, has some symptoms but is feeling better. Dalbec, an infield prospect who apparently contacted it at home, is asymptomatic. . . .

Some positive tests with a high school baseball team in Newberg, Ore. . . .

One player was taken to the hospital on July 3 with a fever, and the seven others are currently asymptomatic. #opreps

OF Joey Gallo of the Texas Rangers has been tested four times over the past 10 days. Two came back negative; two were positive. . . . The negatives came from nasal swab tests; the positives were after PCR/saliva tests. . . . Gallo hasn’t yet been allowed to work out with the Rangers as he awaits the result of yet another saliva test, one that was taken on Tuesday evening. . . .

OF Kole Calhoun of the Arizona Diamondbacks became the third player on that team’s 40-man roster to test positive. He is said to be asymptomatic and, according to manager Torey Lovullo, “feeling great.” . . .

The San Francisco Giants reported two positive tests on Monday. Here’s Henry Schulman of the San Francisco Chronicle: “The club did not identify them, and the news release specifically did not describe the two who tested positive as players. It used the term ‘individuals,’ which means one or both could be coaches or other staff members.” . . . Both individuals are in self-isolation. . . .

P Brad Keller and 1B Ryan O’Hearn of the Kansas City Royals have tested positive. Keller has minor symptoms. 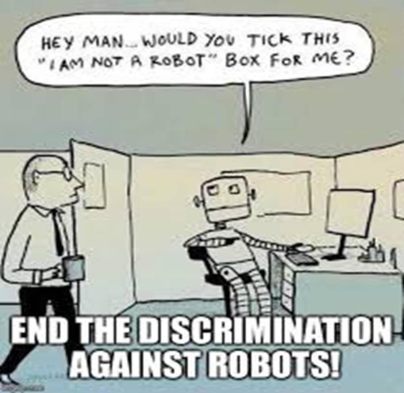 In golf, the women’s British Open will be played at Royal Troon, Aug. 20-23, without spectators. That’s one week after the Ladies Scottish Open is scheduled to be played. . . .

ESPN reported on Tuesday that the PGA of America and the European Tour will announce today that the Ryder Cup has been postponed to 2021, with the Presidents Cup pushed back to 2022. . . . The Ryder Cup was to have been held at Whistling Straits in Wisconsin, Sept. 25-27. . . .

The PGA Tour had hoped to have some fans on course next week for the Memorial at the Muirfield Village Golf Club in Dublin, Ohio. But those plans have been scrapped because of the pandemic. . . .

Jack Finarelli, aka The Sports Curmudgeon, in writing about the kerfuffle about the NFL Washington franchise’s nickname, has a suggestion: “One team name that should offend no one because it is so obviously correct would be Washington Gridlock. That would honor the traffic situation here and the political situation nationally.” . . . He’s got more right here.

The curmudgeonly one also sent a Thought for the Day, along with this note — H.L. Mencken wrote this more than 70 years ago. Imagine what he might say today on a similar topic. . . . Here it is: “Suppose two-thirds of the members of the national House of Representatives were dumped into the Washington garbage incinerator tomorrow. What would we lose to offset our gain of their salaries and the salaries of their parasites?”

The Moose Jaw Warriors have added Gord Burnett to their coaching staff as an assistant to head coach Mark O’Leary. The coaching staff also includes assistant Scott King and coaching assistant Olivia Howe. . . . Burnett spent last season as the head coach of the MJHL’s Winnipeg Blues, who are owned by the owners of the WHL’s Winnipeg Ice. Burnett, who is from Regina, spent four seasons (2015-19) on the Kootenay Ice’s staff before the franchise moved to the Manitoba capital.

James Gaertner has signed on as the head coach and assistant general manager of the junior B Nanaimo Buccaneers of the Vancouver Island Junior Hockey League. . . . Last season, he was the head coach of the VIJHL’s Kerry Park Islanders. Prior to that, he was on the coach staff of the U of Victoria Vikes for five seasons. . . . He takes over the Buccaneers’ bench from Brad Knight, who was hired on May 8 but stepped down late last month.